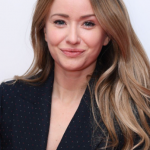 Sammy Winward is well known for starring in the role of Katie Sugden in the ITV soap opera "Emmerdale" from 2001 to 2015. She left the "Emmerdale" cast in 2015 to explore other projects like "Prey" (2015), "Fearless" (2017), and many more. She was also nominated for the Most Popular Newcomer award at the National Television Awards for her work on "Emmerdale". She was voted #73 in the FHM's 100 "Sexiest Women in the World" poll in 2006. Recently, she has guest appeared in the British talk show "Loose Women" on 17th August 2021.

Sammy Winward has revealed she turned down a return to the soap despite her character being killed off. The actress, who is best known for portraying the role of Katie Sugden between 2001 and 2015, made the admission on Tuesday's "Loose Women" where she appeared alongside teenage daughter Mia. When panelist Janet Street-Porter asked if she'd ever go back, Sammy, 35, replied: "Interestingly enough, I was asked to go back as a ghost. "I said no, but not like in a huffy way. I just didn't really fancy it."

She joked: "I was imagining myself in a white sheet with eye holes cut out." "You say that like it sounds ridiculous," Sammy said. "But we're talking about soap. Anything's possible." "I was young when I had Mia, I was 19," Sammy said. "I always thought I'm going to be 36 when she's 18 and I'm nearly there now. "Mia is 16, she's 18 in a few years. We just feel like best mates really. I mean, mother and daughter relationship obviously but best mates really."

Who is Sammy Winward?

Samantha Kate Winward, excellently known as Sammy Winward is an English actress, singer, and model. She opened her eyes for the very first time on 12th October 1985 in Bolton, Greater Manchester, England. She was born with the real name of Samantha Kate Winward in a Christian religious family. She is British by nationality and British-white by ethnicity. Sammy's present age is 35 and she will be celebrating her 36th birthday in the October of 2021. As per her birth date, her star sign is Libra. Thus, her race is white. She is the daughter of Martin Winward (father) and Jayne Winward (mother). She also has one sister named Amy Winward.

What is Sammy Winward doing now?

Sammy Winward is an unmarried woman. She was engaged to footballer David Dunn with whom she was blessed with a daughter Mia who was born at home in Edgworth, Lancashire on 12th June 2005. Winward and Dunn split in September of that year. She has also been in relationships with James Sutton (2009-2010), Kelvin Fletcher (2007), Jonas Armstrong (2007-2009), Alan Smith (2004-2005). Also, she is rumored to have hooked up with Ziggy Lichman (2007). Nevertheless, Sammy has never revealed details about her current marital status and private dating life. Talking about her sexual orientation, she is straight.

How much is Sammy Winward worth?

Sammy Winward has a net worth of around $1 million as of 2021. She has also a fine amount of salary which is also in thousands of dollars per year. With her hard work and luck by her side, she can double the amount of wealth she has today. Sammy's major source of income is from her actress, singer, and model career. She is sincere in her work.

Sammy Winward is 1.65 m tall whereas her body weighs around 54 kgs (120 lbs). She has good-looking blue eyes and blonde hair color. She wears her outfits accordingly. She dresses up showing off her curvy figure and striking pair of legs and feet wearing either open tight skirt Sammy has a slim body build with 34-26-36 inches of body measurement.

Trivias About Sammy Winward You Need To Know.