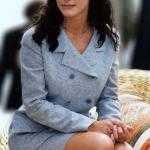 Sandra Annette Bullock knew popularly Sandara Bullock was Gorgeous and extremely talented American actress, producer and philanthropist, are multiple awards winning Hollywood actress turned producer was born on July 26, 1964, in Arlington, Virginia, USA. She is one of the top Hollywood actors today, she has acted on some of the big blockbuster films making her the most bankable star and her success can be measured from her net worth which is estimated to be $ 135 million.

Hollywood star was born in Arlington, Virginia, USA on 26th July 1964 daughter of voice coach John W Bullock and opera singer Helga Mathilde Meyer. Sandra went to the Waldorf School and she graduated through Washington Lee High School. She earned a degree in drama through East Carolina University in 1986. Having an opera-singing mother and coach father with no doubt her parents helped nurture her talent since her childhood. Though Sandra is not particularly recognized for singing talent, she started performing as a member of a Children’s choir at the age of 12. In addition to this, she as well performed with her mother during several opera tours across Europe.

Talking about her personal life, she was engaged to Tate Donovan, an actor. The couple parted after 3 years of togetherness. She as well dated actors Ryan Gosling, Matthew McConaughey and Troy Aikman, a football player. She married Jesse James, a Monster Garage host in 2005. In June 2010, the duo divorced after the news of Jesse James having affair with model Michelle McGee hit tabloids. Before the divorce, the couple had filed for the adoption of a baby boy, Louis Bardo Bullock. Currently, the child is being raised by Sandra. According to the rumors, the stunningly beautiful American actress, Sandra Bullock has undergone through the surgeon’s knife with the motive of enhancing her beauty. It is assumed that she has followed the rhinoplasty, facelift, and Botox to enhance her beauty. The true definition of humans, Sandra has supported various social causes by donating for victims of natural calamities and indulging in other activities.

The acting prodigy, Sandra took no time to shine in the American entertainment world after entering in the acting field professionally. After spending some time performing on the stage, this spunky performer with a girl-next-door personality started to land TV and film parts in the 80s. In 1993, she grabbed the spotlight with numerous flashy movie roles that include the role of wannabe county singer in “The Thing Called Love” and a lively cop in “Demolition Man”, a mega-budget sci-fi flick. In the following, she grabbed the lead role in the blockbuster flick “Speed”. However, her performance in 1995 hit “While You Were Sleeping” enchanted everyone heart. Her ability to showcase a striking aptitude for every genre has contributed to her success. Ironically, she tried to produce an award-winning flick “Million Dollar Baby” through its own production venture Fortis Films. Though her some flicks were disasters, her romantic on-screen avatar remained and she eventually delivered some commendable movies like fluffy comedy “Miss Congeniality” and “Two Weeks Notice”. Sandra’s one of the marvelous performances were seen in the award-winning flick “Crash” in 2004. Likewise, she was seen in “The Lake House” romancing Keanu Reeves. The 2009 flick “The Proposal” helps her to win critical appreciating and success, making three-hundred and fifteen million dollars at the box office globally. Later that year she appeared in “The Blind Side” which helps her to grab the best actress award at the Screen Actors Guild, Golden Globes and Academy Awards. Despite tremendous professional life, she faces lots of problems in personal life in 2010. But the sadistic phase of her life could not hold her from delivering magical performances; she continues to star in “Extremely Loud and Close”. She then appears in “Gravity” in 2013. She is currently busy shooting “Heat”, which will hit the theater next year. Reportedly she has garnered net worth of two-hundred million dollars. Her main source of income is acting.

A trained ballet dancer has a fetish for dancing and performing. With the distinct ability to cope with every genre of acting, Sandra Bullock has brought convenience in every role she has portrayed. Her seamless performances and dedication towards her work have helped her claim the throne of American diva. Beautiful and super sexy, Sandra Bullock’s hard work has been consistently honored through several accolades and commendations throughout her career. For more information regarding Sandra Bullock, her fans may read her biography and wiki.