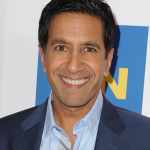 Sanjay Gupta is an American neurosurgeon, medical reporter, as well as writer who serves as associate chief of the neurosurgery service at Grady Memorial Hospital in Atlanta, Georgia, associate professor of neurosurgery at the Emory University School of Medicine, and chief medical correspondent for CNN. He is famous for his many TV appearances on health-related issues. During the 2020 coronavirus pandemic, he has been a frequent contributor to numerous CNN shows covering the crisis, as well as hosting a weekly town hall with Anderson Cooper. Further, he was the host of the CNN show Sanjay Gupta MD for which he has won multiple Emmy Awards. He is a frequent contributor to other CNN programs such as American Morning, Larry King Live, CNN Tonight, and Anderson Cooper 360°. He published a column in Time magazine and has written four books: Chasing Life, Cheating Death, Monday Mornings: A Novel, and Keep Sharp (Jan 2021).

What makes Sanjay Gupta so famous? 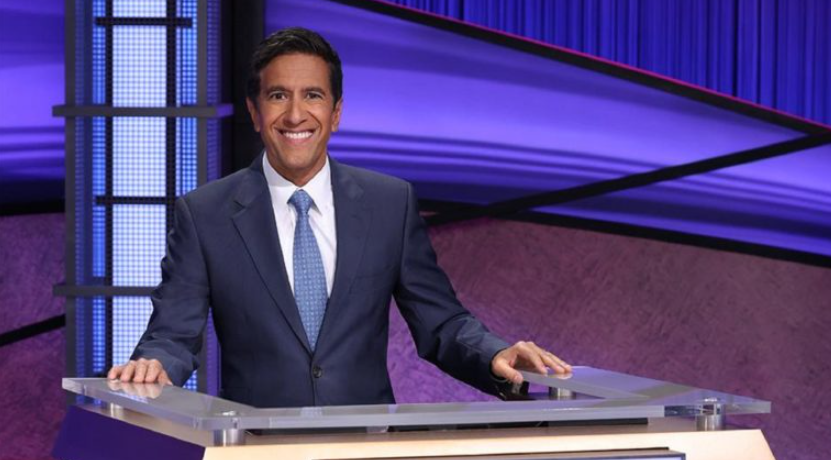 Who are the Parents of Sanjay Gupta?

Sanjay Gupta was brought into this world by his parents on 23rd October 1969. His birthplace is in Novi, Michigan, the USA. As of 2021, he celebrated his 52nd birthday. He is the son of his father, Subhash Gupta, and his mother, Damyanti Gupta. In the 1960s, Gupta's parents, Subhash and Damyanti Gupta moved from India prior to their marriage and met in Livonia, Michigan, where they worked as engineers for Ford Motor Company. His mother was born in the village of Tharushah in Sindh (now Pakistan), but at age 5 fled to India as a Hindu refugee during the Partition of India. He also has two siblings with whom he grew up namely Suneel Gupta (brother) and Yogesh Gupta (brother). He is American by nationality and his ethnicity is Mixed of American-Sindhi-Indian. Libra is his Zodiac sign and he follows the Christianity religion.

About his education, Sanjay Gupta attended and graduated from Novi High School with his brother, Suneel. He then went on to receive his Bachelor of Science degree in biomedical sciences at the University of Michigan in Ann Arbor, and his M.D. degree from the University of Michigan Medical School in 1993. As an undergraduate, he started working as an orientation leader for the freshman orientation program and was a member of the Men's Glee Club. He also served as president of the Indian American Students Association (IASA), which is now the second-largest student organization at the university. In 2000, he finished his residency in neurological surgery within the University of Michigan Health System which was then followed by a fellowship at the Semmes Murphy Clinic, in Memphis, Tennessee.

Who is Sanjay Gupta married to?

Sanjay Gupta is a married man. He tied a knot to his beautiful wife, Rebecca Olson on 15th May 2004. By profession, Rebecca is a law attorney. They married in a Hindu wedding ceremony. Today, Sanjay and Rebecca live in Atlanta. From their marriage, the duo is blessed with three daughters namely Soleil Asha Gupta, Sky Anjahi Gupta, and Sage Ayla Gupta. He has a great relationship with his beautiful daughters. In an interview with CNN, Sanjay said: “I now remind my girls every day that there are no rules. There are no molds. Those are both made to be shattered. I tell my girls they can be whatever they want to be. No, nothing is really impossible. It is an audacious message, but achievable as well. And if they want proof, I just pick up the phone and call the women who changed my life.” Their bond is going stronger with the passage of time. His sexual orientation is straight and he is not gay. 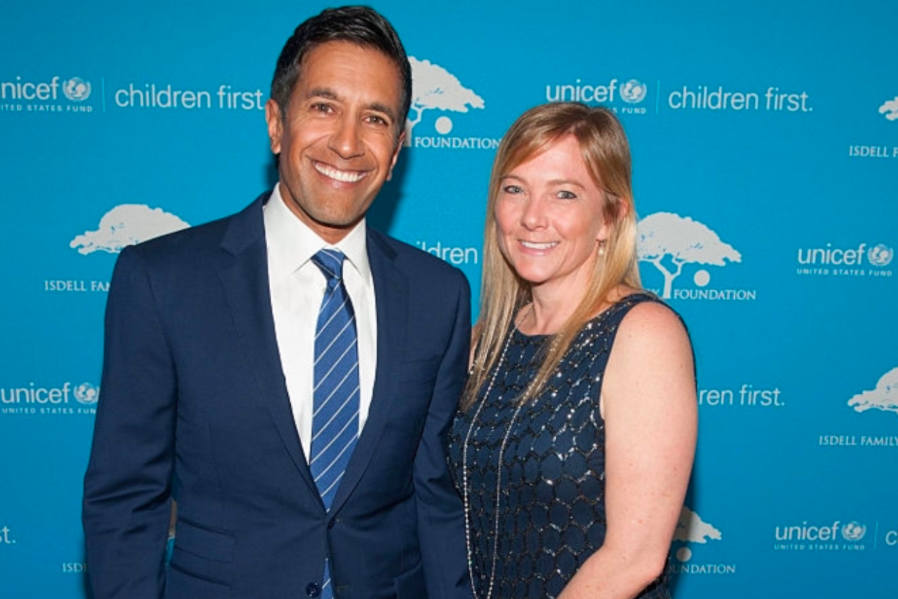 How much is Sanjay Gupta Net Worth?

Sanjay Gupta is a neurosurgeon, medical reporter, and writer who has accumulated a net worth of $12 Million as of 2022. He made this fortune from his practice as a neurosurgeon, his medical reporting and TV appearances, and teaching at the medical college. His main source of wealth comes from his profession i.e. surgeon and journalist career. Being authorship of several books, he has also made a decent amount of money. He is considered by many to be one of the most respected journalists on CNN. Today, he is living a lavish lifestyle.

How tall is Sanjay Gupta?

Sanjay Gupta is a handsome man with an average body type. He has a perfect standing height of 5 feet 8 inches and his weight is 145 lbs or 66 KG. He has a pair of brown eyes and his hair color is black. His body measurement is 40-38-41 inches (chest-waist-hip). Overall, he has got a healthy body at present.

Trivias About Sanjay Gupta You Need To Know.