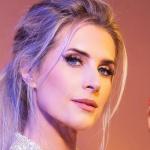 Sarah Jayne Dunn is an English actress who is well-known for portraying the role of Mandy Richardson on the Channel 4 soap opera, "Hollyoaks". The opera show began to air in 1996 which she the same year she made her debut. For her performance in the soap opera, she won the British Soap Awards in the category of 'Most Spectacular Scene of the Year' alongside David Brown in 2002.

Sarah also had appeared in several theatres plays including her first role being Gloria in the comedy play, "Boeing, Boeing". Apart from her career working in film, soap operas, and theatre, Sarah who is in her 40s has made headlines after she signed up to the subscription site known for its adult content for which she has been praised by many other celebrities and her fans.

She admitted that 'some might find it shocking' just captioning: 'I'm simply moving my sexier, racier images to another platform." With her up growing popularity, she has managed to amass a healthy fan following of over 192k on her verified Instagram account: @sarahjaynedunn and over 51.4k followers on her Twitter: @sarahjaynedunn.

What is Sarah Jayne Dunn famous for?

Where is Sarah Jayne Dunn from?

Sarah Jayne Dunn was born on September 25, 1981, in Leigh, Greater Manchester, England. Her birth name is Sarah Jayne Dunn. Her nationality is British. Dunn belongs to the White ethnicity while Libra is her zodiac sign.

Born and raised in her hometown, Leigh, Dunn attended the Lowton High School where she excelled in drama and performing arts. Growing up, she was influenced by the 1980s actresses and models that she developed a desire to become an actress. During her time in school, she also worked as a part-time model to support herself. 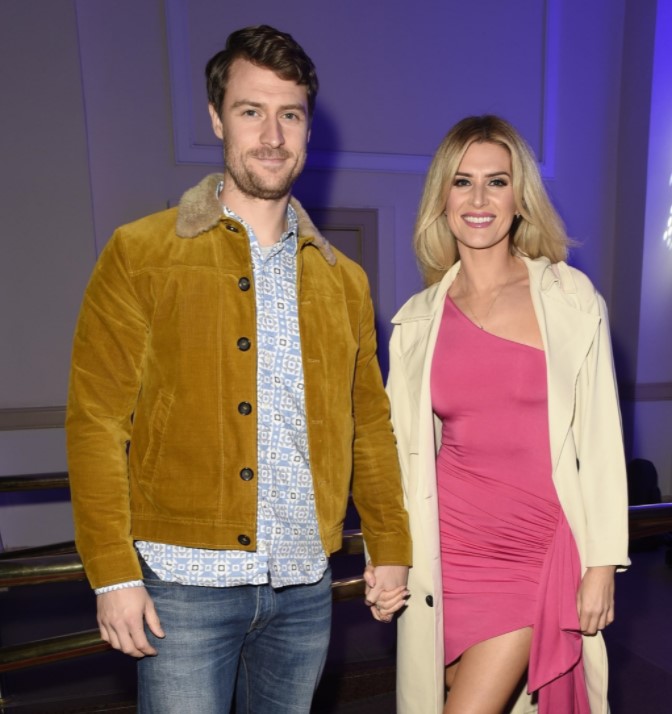 Sarah Jayne Dunn is a married woman and has been married just once to date. Her first and only marriage is with Jon Smith. Smith is an American personal trainer with whom she tied a knot at a lavish ceremony at The Holford Estate in Cheshire in 2018.

Sarah has said that she knew Jon was the only one just in their first meet while they met at her audition;

"I knew Jon was the one for me the first day I met him. After we met at my audition I texted Carley [Stenson], saying: “I have to get this job because I need to get to know this guy!”

They even have a son together named Stanley whom they welcomed before their marriage. Sarah said; "To marry in front of our son was such a special moment". 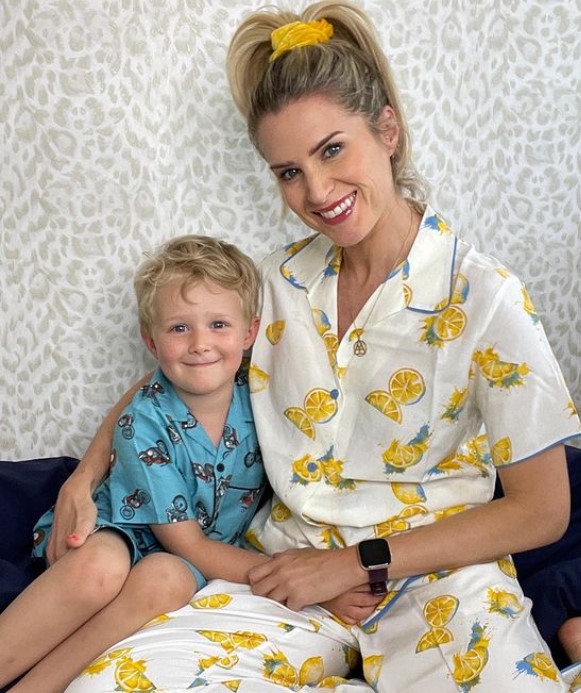 Sarah Jayne Dunn has quite a good earnings from her professional career as an actress. Having her career started with her role as Mandy in "Hollyoaks", Sarah has managed to come a long way up earning a healthy amount including which he has a net worth estimated to be around $1.5 million. Her source of income is surely his TV shows and series and films.

Sarah Jayne Dunn is a gorgeous lady with a well-maintained slim body physique in her 40s. Since she was a model and actress in her early days, she has an attractive personality and body physique. She stands tall with an average height of 5ft. 5inches while her body weighs around 57kg. She has a fair complexion with beautiful blue eyes and blonde hair.