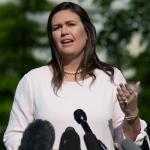 Sarah Sanders is a famous American campaign manager and political adviser who is the present White House press secretary under US President Donald Trump. She is also known as the daughter of famous politician Mike Huckabee.

What is Sarah Sanders famous for? 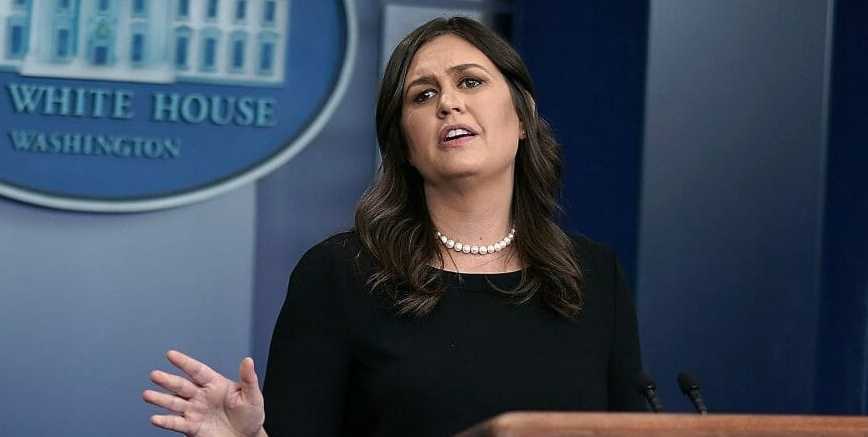 When was Sarah Sanders born?

Sarah Sanders was born on 13th August 1982 in Hope, Arkansas, US. Her birth name is Sarah Elizabeth Huckabee. American is her nationality. Her ethnicity is White Caucasian.  Leo is her zodiac sign.

She was born to Mike Huckabee(father) and Janet Huckabee(mother). She is the youngest child of her parents among three children. She has two brothers, John Huckabee and David Huckabee.

Her father was a former governor of Arkansas and her mother was also a politician.

She was raised in her hometown, Arkansas along with her siblings. She did her schooling from Little Rock Central High School. She was interested in the political field, since her childhood.

She attended Quachita Baptist University and graduated in 2004 with a Bachelor's degree in political science. 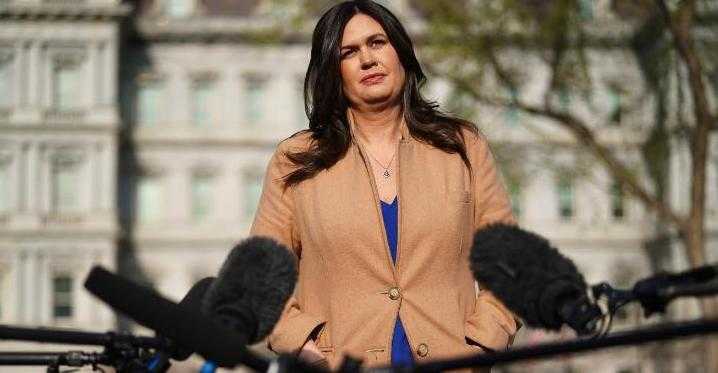 How is Sarah Sanders's Career?

-Sarah Sanders started her career as an assistant to her father Mike in his campaign for the United States Senate in 1992 and then in 2002, she became the coordinator of the campaign.

-In the year 2004, she has also worked as a field coordinator for President Bush's re-election campaign in Ohio in 2004.

-She became the founding member of a Second Street Strategies(General Consulting Service Provider for Republican campaigns). In 2008, she became the main director of the presidential campaign of her father, Mike.

-She was also the senior adviser of Tim Pawlenty in the year 2012.

-She also became the executive director of her father's political organization, "Huck Pack" which was devoted to conservation ideas.

-She has also worked as Vice President of the government consulting from Tsamoutales Strategies.

Working for The Trump Administration

-In 2016, she became a senior adviser for Donald Trump's 2016 Presidental Campaign where she handled the Trump campaign's communication for coalitions.

-After Donald Trump was elected as US president, she became the deputy White House, press secretary and attended her first white house press briefing on 5th May 2017.

-She was named on the Time's "40 under 40" list due to her political success.

How is Sarah Sanders's Personal life?

The American political adviser, Sarah Sander is married to Bryan Sander. They tied their knot with each other on 25th May 2010.  Bryan Sander is a media consultant. She met him during her father's 2008 Presidental campaign and they fell in love.

The couple is blessed with two sons and one daughter. Scarlett Sander is their daughter while William Sanders and George Sanders are their sons.

What is the net worth of Sarah Sanders?

The present White House press secretary, Sarah Sander has an estimated net worth of $400,000 and her salary is $179,700 USD. The American political adviser has good earning from her profession.

How tall is Sarah Sanders?

She has a fair complexion with black hair and brown eyes.