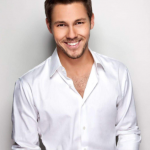 Scott Clifton is an actor, singer, guitarist, songwriter as well as a video blogger from the USA. He is best known for his role as Dillon Quartermaine in General Hospital (2003-2007), Schuyler Joplin in One Life to Live (2009-2010), and Liam Spencer in The Bold and the Beautiful (2010-present). For his role in The Bold and the Beautiful, he won three Daytime Emmy Awards. Additionally, he has appeared in other TV Shows including "Soap Talk" (2003-2006), "1 Day With" (2004), "Soapography" (2004), "Family Feud" (2005), "The View" (2006), "33rd Daytime Emmy Award Nominations Announcement" (2006) and more. As a singer, he released his first EP album "Untitled" and released his second EP "Unbeautiful". He also has a YouTube channel entitled "Theoretical Bullshit" which has more than 60K subscribers and more than 4 million views.

What is Scott Clifton Famous For? 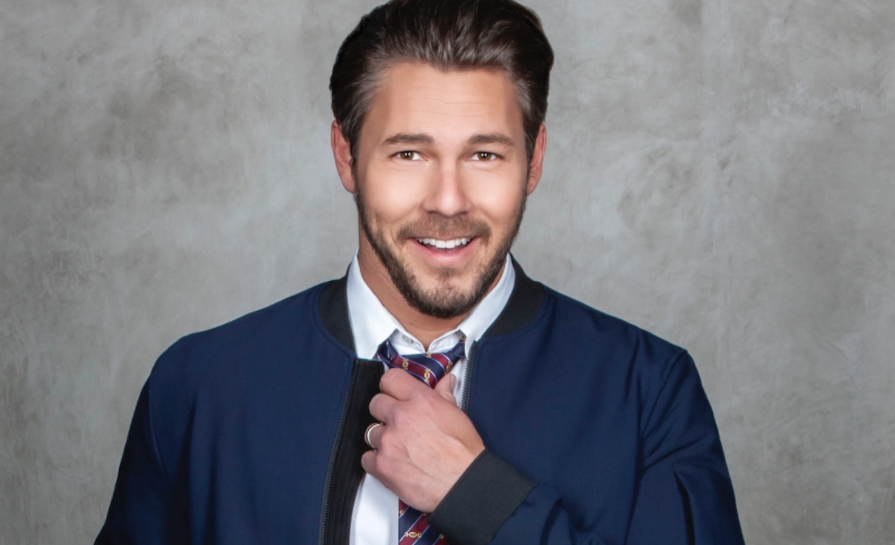 Where is Scott Clifton From? Details About His Age, Nationality, and Education

Scott Clifton was born on 31st October 1984 in Los Angeles, California, the USA. His birth name is Scott Clifton Snyder. He was raised in the Greater Los Angeles Area of Southern California, including the Santa Clarita Valley and the San Fernando Valley which he regarded as his hometown. As of 2020, he celebrated his 36th birthday which is his present age until his next birthday in 2021. He is the only son of his father, Faye Snyder, and his mother, Ron Snyder. Thus, he has no siblings. His father is of "Russian Yiddish" descent and his mother has Scottish ancestry. So, he belongs to Mixed ethnicity. Scott holds American nationality. As per his birthdate, his Zodiac sign is Scorpio. By religion, Clifton is an atheist. On 19th July 2020, he co-hosted episode 24.29 of The Atheist Experience with Matt Dillahunty.

Focusing on his education, Scott attended Valencia High School, and then, he attended Beverly Hills High School. In an interview, he said "High school was the worst time of my life and I spent every moment of it trying to figure out how to get out, and I did, I succeeded. I took my GED and by mid-11th grade, I think, I dropped out of high school. Dropped out with a diploma, but I still am a high school dropout, technically. I was very awkward. I had no social skills-I still don't, as you may have noticed. A little part of it was, I grew up in a very secular, non-religious/philosophical household, and, just before high school, my family moved to this very evangelical Christian community, so I was a little bit on the outside in that sense. I sort of became like a practice dummy for apologetic arguments and everybody was constantly trying to get me to go to church with them, and I did, I did, but high school was a very, very uncomfortable time for me. I didn't do well in school. I didn't get good grades. I was a bright kid, but I hated all the assignments. I hated doing them, I didn't see the point of them. I knew that I wasn't going to do anything academic with my life ever, which is ironic because, after high school, I started really educating myself and reading things that I wanted to learn about. But yeah, I got picked on a lot and, I think, I said stupid things to people all the time".

Who is Scott Clifton married to?

Scott Clifton is a married man. He married his longtime girlfriend, Nicole Lampson on 20th October 2012. Their wedding was attended by some of The Bold and the Beautiful co-stars: John McCook, Don Diamont, Ronn Moss, Adam Gregory, Kim Matula, Jacqueline MacInnes Wood, and many others. On 6th May 2016, they welcomed their first child, Ford Robert Clifton. Today, the happily married couple is enjoying their present life a lot. Their bond is going strong with the passage of time. They both are supportive to each other and Scott is loyal to his wife. There is no news about him having affairs with other ladies. His sexual orientation is straight. 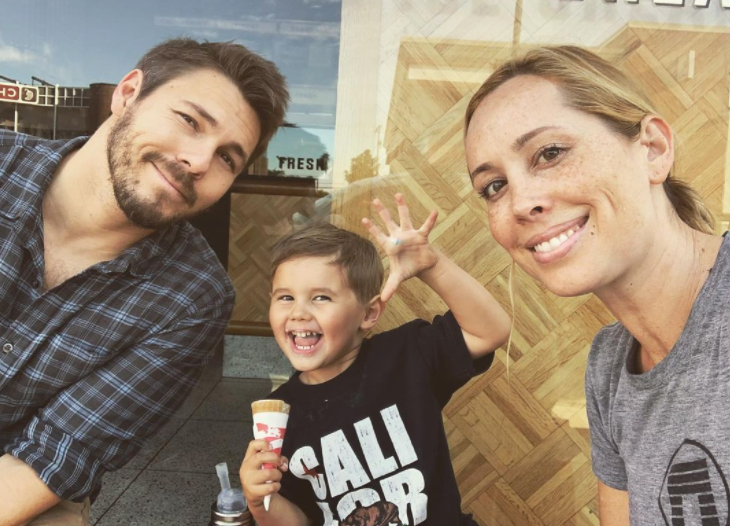 Scott Clifton Net Worth and Salary: How rich is he?

Scott Clifton is a famed actor as well as a singer whose net worth is estimated to have $4 million as per sources. However, there are no details about his annual salary, income, and earnings. His main source of income comes from his acting and singing career. Through his various sources of income, Clifton has been able to accumulate good fortune but prefers to lead a modest lifestyle.

How tall is Scott Clifton?

Scott Clifton is a very handsome man with the perfect height of 5 ft 10 in or 1.8 m. His well-maintained athletic body weight consists of 65 Kg. His hair color is blonde and he has a pair of attractive dark brown eyes luring a lot of ladies towards him. Overall, he has got a healthy body and he is conscious about his food intake. He frequently does exercises to keep himself fit. In addition, his chest, waist, and biceps sizes are 40- 31- 15 inches.

Trivias About Scott Clifton You Need To Know.