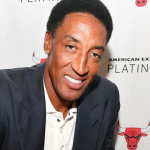 Scotty Maurice Pippen famed as Scottie Pippen is an American former professional basketball player who played 17 seasons in the National Basketball Association (NBA), winning six NBA championships with the Chicago Bulls. He along with Michael Jordan played an important role in transforming the Bulls into a championship team and in popularizing the NBA around the world during the 1990s. He was named one of the 50 Greatest Players in NBA History during the 1996-1997 season. On 8th December 2005, the Chicago Bulls retired his number #33, while his college, University of Central Arkansas, retired his jersey number #33 on 21st January 2010. During his 17-year career, he played 12 seasons with the Bulls, one with the Houston Rockets and four with the Portland Trail Blazers, making the postseason sixteen straight times. 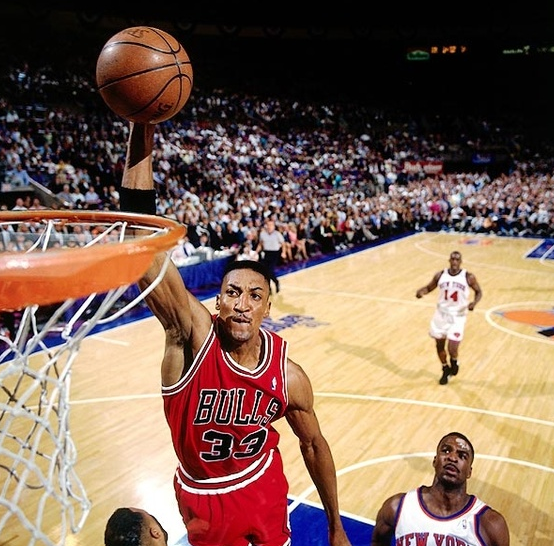 What is the birthplace of Scottie Pippen?

On 25th September 1965, Scottie Pippen was born with the birth name/real name of Scotty Maurice Pippen. His birthplace/hometown is in Hamburg, Arkansas, the USA. He is the youngest of the 12 children of Ethel (mother) and Preston Pippen (father). His mother was 6 ft (180 cm) tall and his father was 6 ft 1 in (185 cm) and all of their children were tall, with Scottie being the tallest. His parents could not afford to send their other children to college. His father worked in a paper mill until a stroke, that paralyzed his right side, prevented him from walking, and affected his speech. He is American by nationality and his ethnicity/race is mixed. As per his education, he attended Hamburg High School. Playing point guard, he led his team to the state playoffs and earned all-conference honors as a senior. He began his college playing career at the University of Central Arkansas in Conway after being discovered by then-UCA head coach, Don Dyer, as a 6-foot-1-inch (185 cm) walk-on. His religion is Christian and his birth sign is Libra.

Awards and Achievements of Scottie Pippen

Who is the wife of Scottie Pippen? 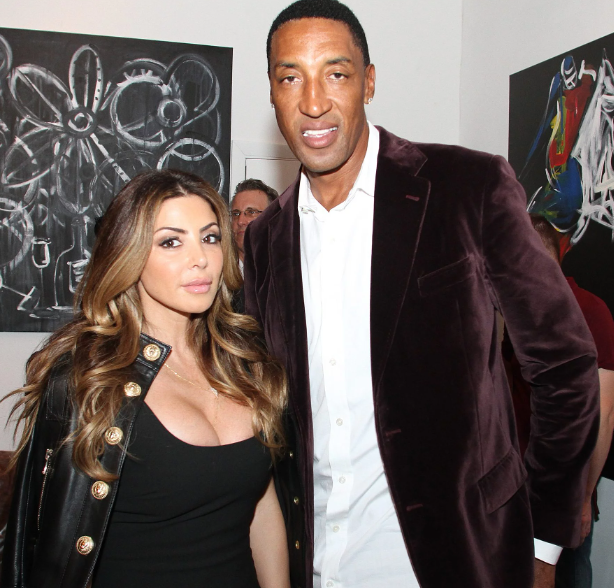 Scottie Pippen was a married person and he has been married twice. He married his first wife, Karen McCollum, in the year 1988. Their son Antron was born in the year 1987. After they divorced in 1990, he married Larsa Younan in the year 1997. They have four children together, Sophia, Justin, Preston, and Scottie Jr. Pippen. He also has two daughters, Sierra with his former fiancee Yvette De Leon and Taylor with former girlfriend and model Sonya Roby. On 21st October 2016, the duo announced their decision to dissolve their marriage which was after Scottie had already filed for divorce from his wife. Scottie Pippen eventually threw out the divorce petition a year later and he decided to mend his relationship with his wife. His sexual orientation is straight.

What is the Net Worth of Scottie Pippen?

Scottie Pippen is an American former professional basketball player. He has accumulated a huge amount of money from his basketball career. He signed a contract that paid him over $5 Million after he was drafted by the Bulls for the next six years beginning with $725,000 in 1987-1988 season which kept increasing reaching $5 Million by the end of 2004-2005 season. His net worth is believed to have more than $50 million as of 2020 whereas his exact salary is under review as of now. His source of wealth is from a basketball career. Without a doubt, he is living a luxurious lifestyle from his earnings and he is satisfied with his earnings.

How tall is Scottie Pippen?

Scottie Pippen is a very cool and handsome person with a tall height of six feet eight inches. He grew to become the tallest in comparison with his siblings. He has got a balanced bodyweight of 103 Kg. Whereas his other body measurements such as chest size, biceps size, waist size, and more have not been revealed by any sources yet. His hair color is black and eye color is brown. Overall, he has got a healthy body with an athletic body build.