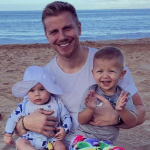 Sean Lowe is an American Television star popular for his role on ABC's The Bachelor season 17 where he earned the spot a year later his stint on Emily Maynard's season of The Bachelorette where he landed the third spot. Similarly, He is a devout Christian like his parents. He is one of the 'Seconds'-someone who is actively involved in the evangelical movement popular as I AM Second. Let's explore more about him, and his interesting love affairs through this article.

What is Sean Low famous for?

Sean Lowe gained fame from his stint on The Bachelorette 2012 and The Bachelor 2013. He later went on to do various other reality shows-Dancing with the Stars season 14, Celebrity Family Feud in 2015, Celebrity Wife Swap, Marriage Boot Camp: Reality Stars 4, Who Wants to Be a Millionaire and Worst Cooks in America: Celebrity Edition 3.

Where is Sean Lowe born?

Recalling his early life, Lowe was born in Arlington, Texas, United States. His nationality is American and ethnicity is mixed (Filipino, Italian and Scottish). Similarly, He is the second son of Jay Lowe and Sherry Lowe. He has an older sister, Shay. His birth sign is Scorpio and has faith in Christianity.

Where is Sean Lowe go for education?

Concerning his education details, Lowe attended Lamar High School. Later, he went to Texas A&M University for one semester prior and had a transfer to Kansas State University where he received a football scholarship and took part in a 2003 Big 12 Championship Game.

Who is Sean Lowe married to?

Reflecting on his personal life, Lowe is a married man. He was married to Catherine Giudici on 26th January 2014 in Dallas, Texas. Surprisingly,  it was for the first time the marriage was broadcasted live through ABC’s Good Morning America. Their wedding was a traditional one.

The couple is blessed with three children, Samuel Thomas Lowe, Isaiah Hendrix Lowe, and Mia Lowe. And since they are together living happily there is no record of divorce on the sources. Previously, He had dated Maynard in The Bachelor 2012 reality show and had proposed Catherine in the Bachelor 2013. But the couple broke up. After that, he got his present wife Catherine Giudici. 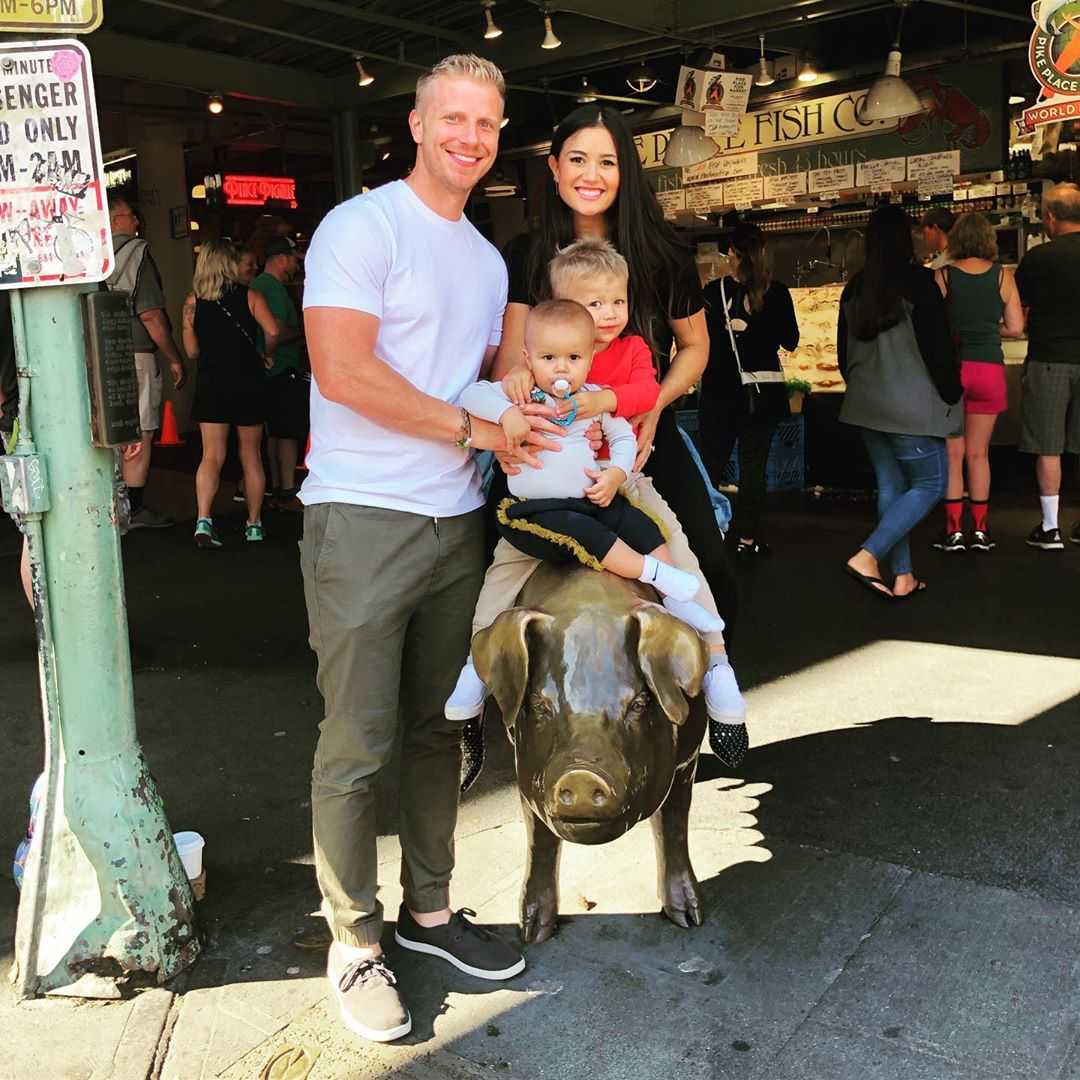 How much is Sean Lowe's net worth?

Being a TV personality, Lowe earns a decent amount of money and fame in the field of the entertainment industry. Based on some onlines sites, his estimated net worth is said to be $10 million at present. However, his salary is yet to be disclosed.

How tall is Sean Lowe?

Observing his body statistics, Lowe stands a height of 6 feet 3 inches and weight is unknown. Similarly, He has a pair of blue eyes and blonde hair color. Further, His other body information is yet to be disclosed. In the case of disclose, we will let you know.