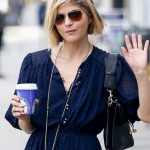 Selma Blair is an American actress who gained fame for her leading role in the film Brown’s Requiem (1998). She made her breakthrough when she starred as Zoe Bean on the WB sitcom Zoe, Duncan, Jack and Jane (1999-2000), and also as Cecile Caldwell in the cult film Cruel Intentions (1999).

What is Selma Blair famous for?

Selma Blair is allowing everyone to hear her voice for the first time since announcing her multiple sclerosis (MS) diagnosis last October.

MS is a potentially disabling disease of the brain and spinal cord, according to the Mayo Clinic. On Tuesday, Blair appeared on Good Morning America in an “exacerbation” of MS - resulting in spasmodic dysphonia, a condition that alters her voice.

She suffers from an aggressive form of the condition, is doing well these days and even continues to work. She’s got a new Netflix show, Another Life, and hit the red carpet of the Vanity Fair Oscar party on Sunday night with the help of a cane. For years, She knew something wasn’t right but didn’t get the answers she needed until last summer.

“Ever since my son was born, I was in an MS flare-up and didn’t know, and I was giving it everything to seem normal,” she recalled. She struggles with movement, memory, dressing and is struggling with her vision after a bad reaction to high-dose glucocorticoid treatment.

Selma was born in Southfield, Michigan, United States. Her ethnicity is mixed (Scottish and English) and nationality is American. She was born to mother Judge Molly Ann and father Elliot I. Beitner as the youngest child. Her birth name is Selma Blair Beitner. She was raised in the city of Detroit where she was born. Selma was raised in a Jewish family and attended a Jewish school in her childhood.

Career and Achievements of Selma Blair

What is Selma Blair's net worth?

Till now, Blair has appeared in more than fifty movies and television series. She has amassed a fortunate income form her acting career. Her current net worth is estimated at $14 million and has an annual income in the neighborhood of $1.6 million. For her role in Anger Management, she earned the salary of $40,000 for each episode and her net worth is rumored to be in millions.

Who has Selma Blair dated?

Selma has been linked to having dated many men but has been married once in her life. On January 24, 2004. Blair was married to writer and producer Ahmet Zappa. But the couple wasn’t happy and were for sure facing turmoil in their relation. Due to which they filed for divorce and separated legally in December 2006.

She has also dated actor Mikey Day from 2008 to 2010. After him, she started dating fashion designer Jason Bleick and had a son together named Arthur Saint Bleick (born on July 25, 2011). Regardless having a child together they separated in September 2012.

For several years she was busy in her career and finally in 2017, she started dating producer Ron Carson. The couple was spotted together on a coffee date, lunch and in exotic vacations to one of the most romantic countries, France. Ron doesn't find any problem with her son, Arthur, from her previous relationship. The trio is living a happy life.

Trivias About Selma Blair You Need To Know.