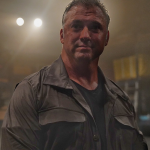 Shane McMahon is an American professional wrestler and businessman. He is best known for his time spent with WWE, where he was a wrestler, producer, and minority owner. He is the founder and executive vice-chairman of Ideanomics, formerly Seven Stars Cloud Group.

What is Shane McMahon famous for?

Where is Shane McMahon from?

Shane McMahon was born on 15th January 1970 in Gaithersburg, Maryland, the US. His birth name is Shane Brandon McMahon. He holds an American nationality and belongs to the Caucasian ethnic group of Irish-American ancestry. His birth sign is Capricorn. He is a follower of Christianity.

For education, he attended Greenwich High School and graduated in 1987. Later he enrolled at Boston University where he earned a degree in communications in 1993.

What does Shane Mcmahon do?

As of February 2022, the net worth of Shane McMahon is estimated to be $100 million. He made his huge fortune as a wrestler as well as as a producer, and minority owner of WWE. The major part of his income comes from "Ideanomics", a global electric vehicle company where he serves as a chairman earning around $2 million per year.

He holds around 2.5 million in equity shares of WWE's common stock. Over the years, the value of these shares has fallen as low as $40 million and rose as high as $225 million. Adding his endorsement earnings, McMahon's annual salary from WWE comes to be around $3 million.

Shane McMahon has been married to his beautiful wife who goes by the name Marissa Mazzola. As of now, Marissa works in public relations for Dan Klores and WWE. The pair met and had known each other during their time at high school from where their love journey begins. After dating for several years, they got married on the 14th of September 1996 in a lavish wedding.

Now, the couple has already become parents of their three children and all of them are sons. Their first son Declan James McMahon was born on the 13th February 2004.  On 26th March 2006, the couple welcomed their second son, Kenyon Jesse McMahon. The youngest one, Rogan, was born in January 2010. They are all living happily in the mansion in Charlestown, Rhode Island.

How tall is Shane McMahon?

Shane McMahon is 6 ft 2 inches tall and his body weight is around 104 Kg. He has an Athletic build huge muscular body. His body measures 48-34-17 inches. he has a pair of dark brown eyes. He looks handsome in his short hair that is grey in color.

Trivias About Shane McMahon You Need To Know.