Soccer Players who retired from professional football in 2020 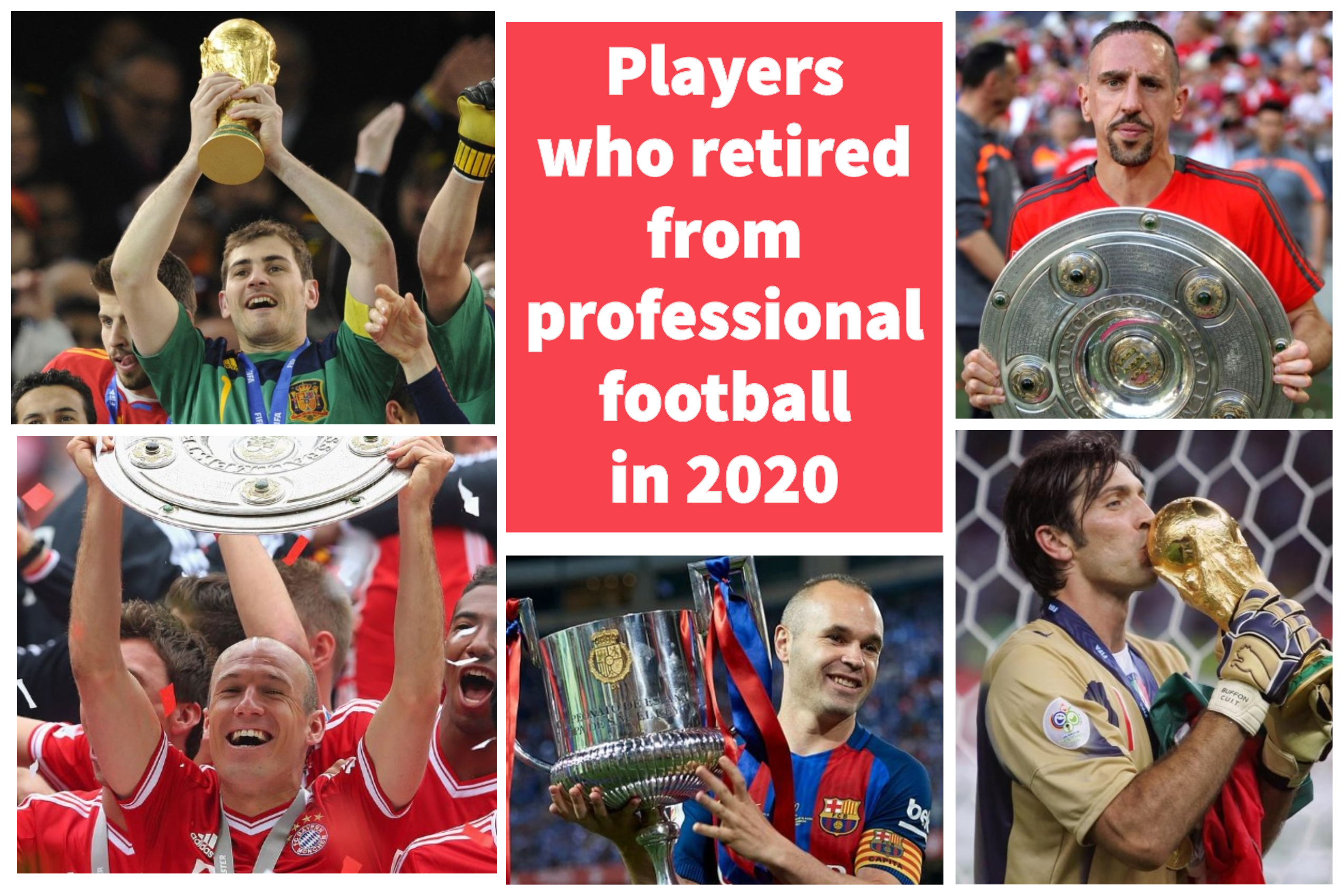 Many legendary footballers have already retired from football but their names always remain in our hearts. Their skills, talents, and contribution to football made them legends. One of the legendary goalkeepers, Iker Casillas retired in 2020. Here are 5 footballers who retired or might retire in 2020. 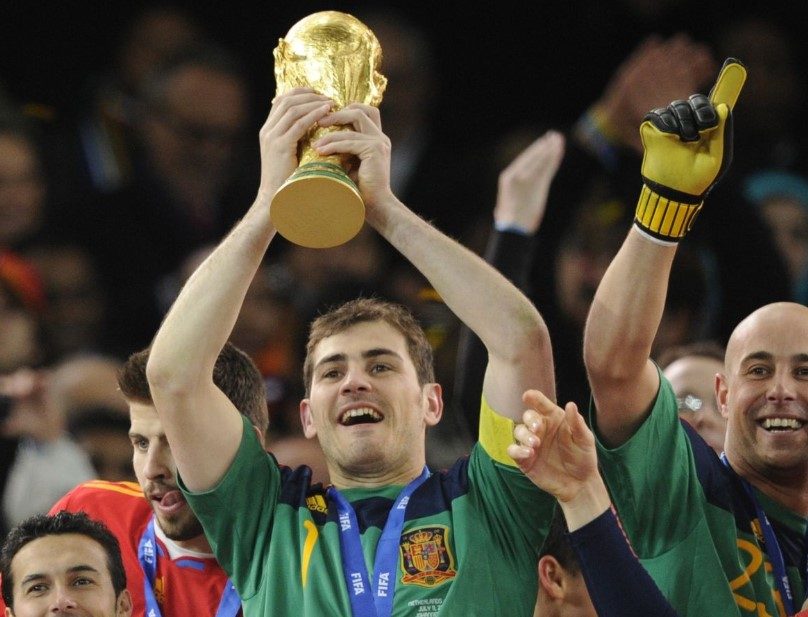 Legendary goalkeeper Iker Casillas is considered the greatest ever goalkeeper. Having spent the majority of his career at Real Madrid, Casillas retired from football in 2020. As a Real Madrid player, he won 5 La Liga titles, 3 UEFA Champions Leagues, 2 Copa del Rey titles, 4 Supercopa de Espana titles, 2 UEFA Super Cup, and 1 FIFA Club World Cup. For his country, he won the 2010 FIFA World Cup and UEFA European Championships in 2008 and 2012. Nicknamed Saint Iker, he is one of the few players to achieve over 1000 professional career matches. He also holds the record for the cleanest sheets in the UEFA Champions League as well as for the Spanish national team.

Casillas left Real Madrid after 25 years to join FC Porto in 2015. He suffered a heart attack in May 2019 that eventually led to his retirement. He officially announced his retirement on 4 August 2020. He retired at the age of 39 as one of the greatest goalkeepers of all time. 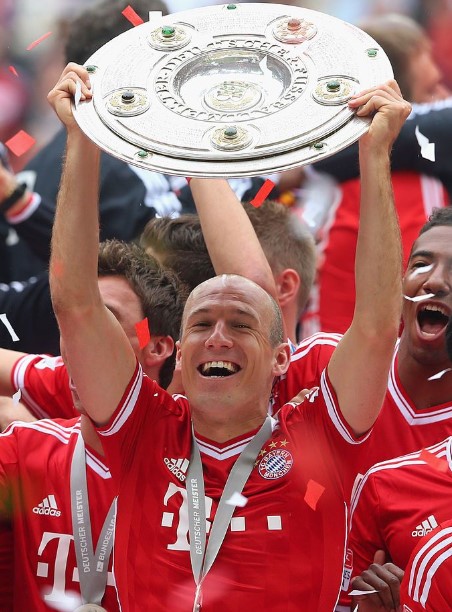 Dutch winger Arjen Robben who is best known for his career at Bayern Munich is another star footballer who is expected to retire in 2020. He had already retired earlier in July 2019 but returned to football in June 2020. He returned to football signing with his first club, FC Groningen to recover from COVID-19 setback. The Bayern Munich legend is considered one of the greatest wingers of all time. Started off his career at Groningen, he played for PSV, Chelsea, and Real Madrid before joining Bayern Munich in 2009. As a Chelsea player, he won 2 Premier League titles, 2 Football League Cup titles, 1 FA Cup, and 1 FA Community shield. In his two seasons at Real Madrid, he won 1 La Liga and 1 Supercopa de Espana. Robben became more successful after he joined Bayern Munich in 2009. He won numerous club titles there. While at Bayern Munich, he won 8 Bundesliga titles, 5 DFB-Pokal titles, 5 DFL-Supercup, 1 UEFA Champions League, and 1 UEFA Supercup. 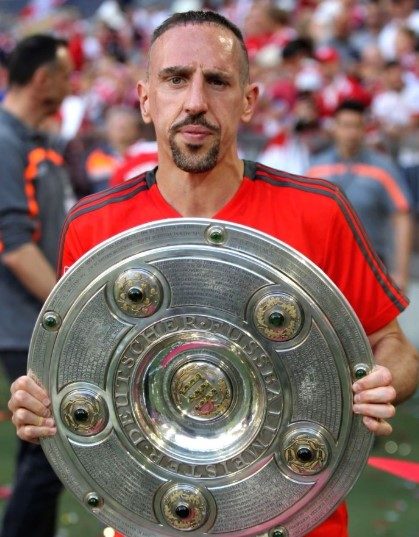 German footballer Franck Ribery is another Bayern Munich legendary player who is considered one of the greatest wingers of all time. He started his football career from Boulogne and played for Alex, Brest, Metz, Galatasaray, and Marseille before joining Bayern Munich in 2007. Ribery became one of the successful footballers after he joined Munich, having won 9 Bundesliga titles, 6 DFB-Pokal, 4 DFL-Supercup, 1 Champions League, 1 UEFA Super Cup, and 1 FIFA Club World Cup. His partnership with Arjen Robben is dubbed as "Robbery" by Bayern Munich fans. Along with Arjen Robben, Ribery left Bayern Munich in 2019. He was expected to retire but signed with Italian club Fiorentina. Ribery is might retire in 2020 or the following year. It is up to him whether he wants to continue playing football for a couple more years.

Like Iker Casillas, Italian Gianluigi Buffon is considered one of the greatest or greatest ever goalkeepers of all time. Having started his football career from Parma, he played the majority of his career at Juventus. He left Juventus and joined PSG for a season but he eventually returned to Juventus in 2019. He is also one of few players to have made over 1,000 professional career appearances. The 42-year old goalkeeper is still not retired. He signed a one-year contract upon his return to Juventus. In June 2020, he signed a one-year contract extension with the club. As a Juventus player, he has won 10 Serie A titles, 4 Coppa Italia, and 5 Supercoppa Italiana titles. In his only season at PSG, he won 2018-19 Ligue 1 and 2018 Trophee des Champions. Buffon made his senior international debut in 1997 and went on to win the 2006 FIFA World Cup with Italy. He retired from international football in 2018.

Buffon was expected to retire following the 2019-20 season, but he extended his contract with the club for one more season. He won't retire in 2020 but is likely to retire in 2021.

Spanish footballer and Barcelona legend, Andres Iniesta is one of the greatest midfielders of all time. Iniesta, who was the Barcelona youth product, played 17 years in Barcelona. One of the most decorated Barcelona midfielders, he won 9 La Liga titles, 6 Copa del Reys, 7 Supercopa de Espana, 4 Champions League titles, 3 UEFA Super Cups, and 3 FIFA Club World Cups. He left Barcelona in 2018 and joined the Japanese club, Vissel Kobe, where he won Emperor's Cup in 2019 and the Japanese Super Cup in 2020. He was also a key player for the Spanish football team that won the 2010 FIFA World Cup and 2 Euro Cups in 2008 and 2012.

Iniesta was expected to retire after he left Barcelona but went on to sign a 3-year deal with Japanese club Vissel Kobe. Iniesta might retire any time soon in 2020 but he has 1 more year left on his contract with the club. He might play the remaining time on his contract or might extend for a few more.