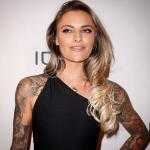 Sophia Thomalla is a German actress, presenter, and a model. She is the daughter of popular actors, Simone Thomalla, and Andre Vetters. She has appeared in several tv series and has appeared as the jury of several reality shows. She has over 1 million followers on her Instagram.

What is Sophia Thomalla Famous For? 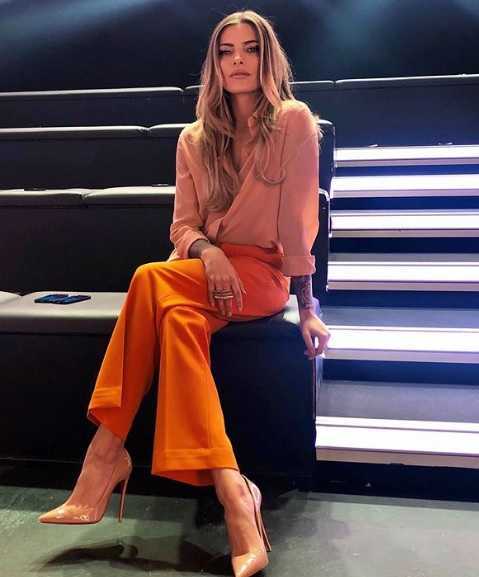 Where was Sophia Thomalla Born?

Sophia Thomalla was born on 6 October 1989. Her birth place is in East Berlin in Germany. She holds German nationality. She was born to actor parents, Simone Thomalla, and Andre Vetters. Her zodiac sign is Libra. She grew up n Berlin. At the age of seven, she and her mother moved to Kleinmachnow. A year later, they moved to Gelsenkirchen.

As a youth, she played amateur kickboxing. She moved to Berlin in 2009 and then to Potsdam in October 2010.

She attended the Constantin School in Bochum from 2007 to 2009, where she studied Acting, Dance, and Singing.

She made her television debut as the daughter of Barbara Rudnik and Henry Hubchen in the ARD crime series Commissario Laurenti in 2006.

She was on the top model casting the show, Germany's Next Top Model in 2009, where she retired in the first round.

She won the Dancing Star with her partner Massimo Sinato in 2010.

She was the jury member of ProSieben casting show, The PokerStars.de.

She appeared in the ensemble of the comedy series, Die Dreisten Drei in 2012.

She was featured on German edition of Playboy.

She was featured with her mother as Germany's 25 most beautiful stars in Playboy 10/2015.

An Online selection voted her in the first place of the most beautiful title star of the last 25 years.

She hosted the Wok World Cup broadcast on ProSieben in March and at the TV total Stock Car Crash Challenge in October 2015.

She hosted the 10th SemperOperball in Dresden alongside Gunther Emmerlich in January 2015.

She appeared on the talk show Hart but Fair in March 2015. She received heavy criticism for appearing on the show that deals with the issue of gender equality.

She brought out a shoe collection in September 2016.

She received another criticism for a promotional photo for a gambling provider in December 2017. She was scarcely clothed tied to a cross.

She received more criticism when she said that "MeToo campaign is an insult to the true rape victims. 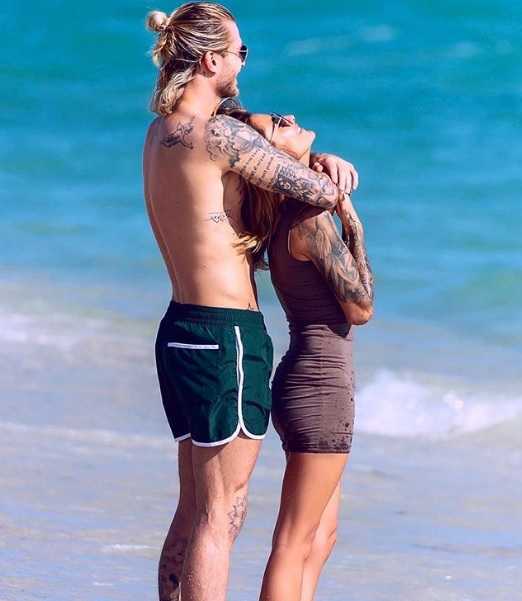 Who is Sophia Thomalla Married to?

Sophia Thomalla is currently dating German footballer Loris Karius. She was previously married to Norwegian singer Andy Laplegua. They tied a knot to each other in March 2016. The couple got divorced in May 2017. She previously dated Rammstein singer Till Lindemann from April 2011 to November 2015.

What are Sophia Thomalla Body Measurements?

What is Sophia Thomalla Net Worth?

Sophia Thomalla earns from her career in the entertainment industry. She has appeared in several series. She has also appeared as jury on the several reality shows. Her net worth is not available at present.

Trivias About Sophia Thomalla You Need To Know.