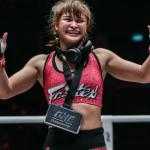 She made her mixed martial arts debut in August 2019. She has already recorded over 60 kickboxing wins as of January 2020.

She has over 74.9k followers on her Instagram@stamp_fairtex.

What is Stamp Fairtex Famous For? 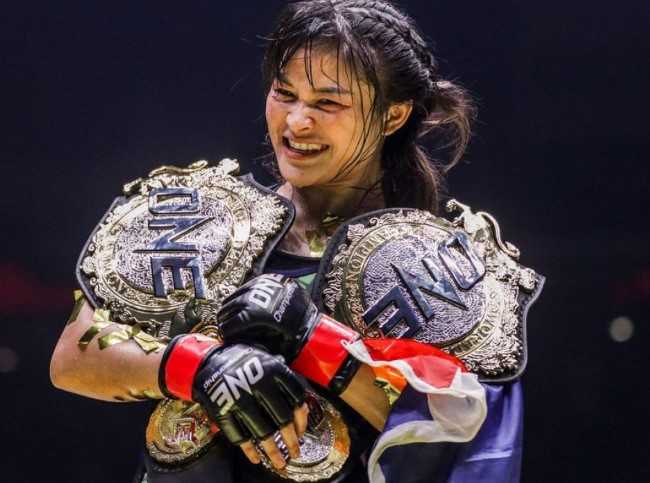 Where was Stamp Fairtex Born?

Stamp Fairtex was born on 16 November 1997. Her birth place is in Rayong in Thailand. She holds Thai nationality.

She started practicing Muay Thai at the age of 5. She initially started Muay Thai to avoid bullying in school.

She became a Muay Thai champion of a local stadium. She also became the two-division Northeastern Thailand champion. She moved to the Fairtex Gym in Pattaya at the age of 18. She began training Brazilian Jiu-jitsu there.

She made her ONE Warrior Series 2 debut against Rashi Shinde in July 2018. She won via knockout in just 19 seconds of the first round.

She earned a contract with ONE Championship. 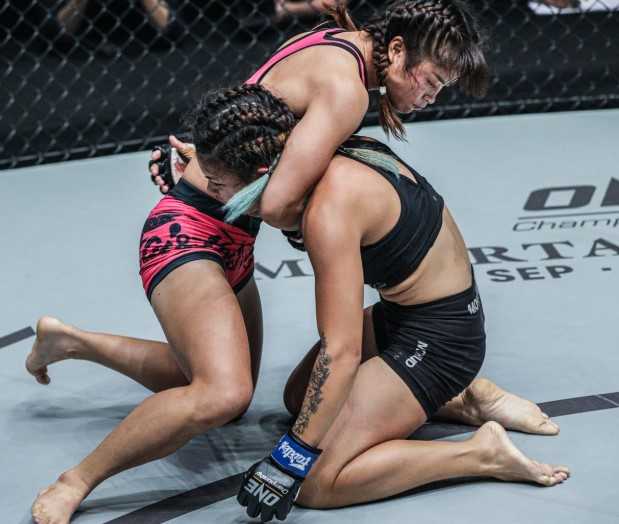 She made her ONE Championship debut at ONE Championship: Kingdom of Heroes in October 2018. She defeated Kai Ting Chuang by unanimous decision to become ONE Kickboxing Atomweight World Champion.

She then defeated Janet Todd via unanimous decision to win ONE Muay Thai Atomweight World Champion in February 2019.

She defended her ONE Muay Thai World Championship title against Alma Juniku in June 2019.

She defeated Bi Nguyen via unanimous decision at ONE Championship: Masters of Fate in November 2019.

She defeated Puja Tomar via TKO at ONE Championship: A New Tomorrow in January 2020.

She could not defend her ONE Kickboxing Atomweight World Championship against Janet Todd in February 2020. She lost via a closely contested split decision.

Her loss to Janet Todd was her first-ever loss in ONE Championship.

She has a dream of becoming a ONE World Champion in MMA.

Who is Stamp Fairtex Dating?

Fairtex has maintained a low profile regarding her personal life. She has not shared much about her love life on her social media handles. It is pretty clear that she is unmarried. She is focused on her MMA career. She has a dream of becoming ONE World Champion in MMA. Any development in her relationship status will be updated.

How Tall is Stamp Fairtex?

What is Stamp Fairtex Net Worth?

Stamp Fairtex earns from her career as a mixed martial artist and Muay Thai kickboxing career. The rising star, Fairtex is one of the strongest female MMA artists. Her income comes from contracts, prize money, bonuses, and endorsements. Her net worth will be updated soon.

Trivias About Stamp Fairtex You Need To Know.