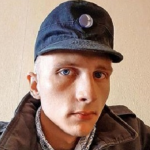 Who is Stephan Balliet?

Stephen Balliet is a German far-right supporter with anti-Semitic views who attacked a synagogue and shot at a Turkish Kebab shop killing two people in Halle Germany. The attack, which occurred on October 9th, 2019, left two others injured according to Bild reports which identified Balliet as a neo-Nazi. Though not much has been disclosed about him, Balliet is a resident of Saxony-Anhalt, the German state that includes the city of Halle, according to Der Spiegel. Spiegel reports that Balliet was not previously known to police.

Why Stephan Balliet was arrested?

According to the Police, there was only one shooter, though earlier reports indicated there were possibly two gunmen. Balliet was taken into custody by police after fleeing from the scene. According to police, Balliet is believed to have thrown at least one grenade or another device into the Jewish synagogue’s cemetery before leaving that area.

What are the things that show Stephan Balliet's Twitch video?

As per the heavy, Balliet was streaming live video on Twitch for 35 minutes during the incident in the east German city. The video shows Balliet was not able to get into the synagogue, where about 70 people were inside for Yom Kippur service. The gunman was wearing a helmet equipped with a camera was dressed in a military who has multiple long rifles. The video also shows he has ammunition and possible explosive devices inside his car.

Before his attempt to enter the synagogue, Balliet addressed his camera during the live stream and made anti-Semitic remarks in English. Police said there was only one shooter in the incident after earlier reports indicated there were possibly two gunmen.

Balliet elaborates viewers that he thinks the Holocaust never happened. He also says feminism and mass immigration are causing the world's problems and says Jewish people are "at the root" of those problems. His reasons for the attack echo those of the Pittsburgh synagogue gunman, the Christ church mosque shooter, the Poway synagogue attacker, and the El Paso Walmart gunman.

Further, Balliet can be seen driving to the synagogue while listening to Future's Mask Off, and preparing his weapons for the attempted attack. Other than his first introduction, Balliet speaks in German throughout most of the video.

How Stephan Balliet killed the civilians?

In his frustrations after failing to get into the Synagogue, Balliet shot a woman who was walking down the street. After spending about 10 minutes in the area near the synagogue, Balliet drove to another part of the city and stopping at a Turkish kebab shop, where a police car stood in front of the Halle Kebab restaurant. Balliet opened fire at a worker inside killing a man inside the kebab shop. He then left, walked outside, before returning and firing at the man’s body. After exiting the kebab shop a second time, Balliet exchanged gunfire with police and he appeared to be shot. As he flees again in his car, Balliet looks into the camera and blood can be seen on his neck.

What are the anti-semitic views of Stephan Balliet?

It seems Ballie has a problem with the celebration of Yom Kippur, which is Judaism’s holiest day. Before trying to enter the synagogue, he made anti-Semitic remarks in English on his live stream. He also expressed anti-feminist views in the video. Since the suspect was streaming on a video gamers site called Twitch, the site issued the following statement disengaging themselves from the attacks Balliet. In the stream, Balliet ranks telling viewers that he thinks the Holocaust never happened. He also says feminism and mass immigration, as well as Jewish people, are causing the world’s problems and “at the root” of those problems.

In response to the attack, Interior Minister Horst Seehofer said, “According to the current state of knowledge, we must assume that it is at least an anti-Semitic attack. According to the federal prosecutor, there are sufficient indications for a possible right-wing extremist motive.”