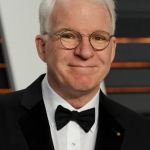 Steve Martin is an American actor, comedian, writer, producer, and musician who has won five Grammy Awards, a Primetime Emmy Award and was awarded an Honorary Academy Award at the Academy's 5th Annual Governors Awards in 2013. Martin came to public notice in the 1960s as a writer for The Smothers Brothers Comedy Hour, for which he won a Primetime Emmy Award in 1969, and later as a frequent host on Saturday Night Live. In the 1970s, he performed his offbeat, absurdist comedy routines before sold-out theaters on national tours. Since the 1980s, having retired from stand-up comedy, he became a successful actor, starring in such films as The Jerk (1979), Dead Men Don't Wear Plaid (1982), The Man with Two Brains (1983), Three Amigos (1986), Planes, Trains and Automobiles (1987), Dirty Rotten Scoundrels (1988), L.A. Story (1991), Bowfinger (1999) and Looney Tunes: Back in Action (2003). He has also starred in a series of family films portraying the family patriarch in Parenthood (1989), the Father of the Bride films (1991–1995), and the Cheaper by the Dozen films (2003–2005). In 2018, they released their Netflix special An Evening You Will Forget for the Rest of Your Life for which they received three Primetime Emmy Award nominations. In 2021, he co-created and starred in his first television show, the Hulu comedy series Only Murders in the Building alongside Short and Selena Gomez. He is also known for writing the book and lyrics to the musical Bright Star (2016) and the comedy Meteor Shower (2017). His first solo music album, The Crow: New Songs for the 5-String Banjo (2009) received the Grammy Award for Best Bluegrass Album.

Where was Steve Martin born and raised?

Steve Martin was born with the birth name of Stephen Glenn Martin on August 14, 1945, in Waco, Texas, the USA where he was raised. His nationality is American and his ethnicity is Mixed as he is of English, Scottish, Welsh, Scots-Irish, German, and French descent. He was born to Mary Lee and Glenn Vernon Martin. His father was a real estate executive and an actor. He grew up with his sibling; a sister namely Melinda Martin. His present age is 77th birthday as of 2022. As a teenager, he took up the job of selling guidebooks at Disneyland on weekends and summer breaks. He also performed magic tricks at the Main Street Magic shop and over a period of time mastered several tricks and illusions. Upon completing high school he enrolled at the Santa Ana Junior College, where he took classes in drama and English poetry. Then he attended State College in Long Beach, California where he studied philosophy. He moved to The University of California, Los Angeles (UCLA) in 1967 and changed his major to theatre. During this time he also started performing comedy routines in local nightclubs. Soon he dropped out of college to focus on his acting career. 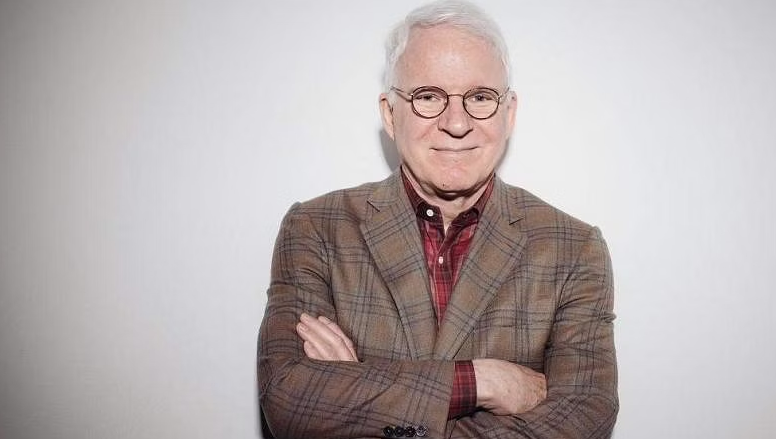 Everything To Know About Selena Gomez

How did Steve Martin get rich?

Steve Martin did not become rich by luck but he got rich with his dedication and hardwork towards his work. Today, he is an actor, comedian, writer, producer, and musician. came to public notice in the 1960s as a writer for The Smothers Brothers Comedy Hour, and later as a frequent guest on The Tonight Show. He has become a successful actor, as well as an author, playwright, pianist, and banjo player, eventually earning him Emmy, Grammy, and American Comedy awards, among other honors. As of 2022, Steve Martin has accumulated a net worth of $150 Million. His annual salary is more than $12 Million and his monthly salary is more than $1 Million. He has worked in many TV series and movies and appeared as a live stand-up artist. Most of his income has come from the entertainment industry. He has worked for almost 40 years and he has earned over 200 million dollars throughout his career. He is still working and he is still working at the peak of his comedic Talent. He has been living in California for almost 40 years. He lives in Beverly Hills, California, the Property is considered to be worth $30 million. He has recently sold one Malibu property that he bought in 1984 for million dollars and he has sold that property at the price of $62 Million. In July 2004, Martin purchased what he believed to be Landschaft mit Pferden (Landscape with Horses), a 1915 work by Heinrich Campendonk, from a Paris gallery for approximately €700,000. Fifteen months later, the painting was sold at Christie's auction to a Swiss businesswoman for €500,000. Police believe the fake Campendonk originated from a collection devised by a German forgery ring led by Wolfgang Beltracchi, pieces from which had been sold to French galleries. He only discovered the fact that the painting had been fake many years after it had been sold at the auction.

Who is Steve Martin married to?

Steve Martin is married twice. Initially, on November 20, 1986, he married actress Victoria Tennant, with whom he co-starred in All of Me and L.A. Story. They divorced in 1994. After his divorce, on July 28, 2007, he married writer and former The New Yorker staffer Anne Stringfield. The nuptials came as a surprise to several guests, who had been told they were coming for a party. In December 2012, Martin became a father when Stringfield gave birth to a daughter. With the birth of their daughter, Steve became a father for the first time at the age of 67. Their bond is going strong with the passage of time and they are enjoying their present life a lot. His sexual orientaiton is straight and he is not gay. 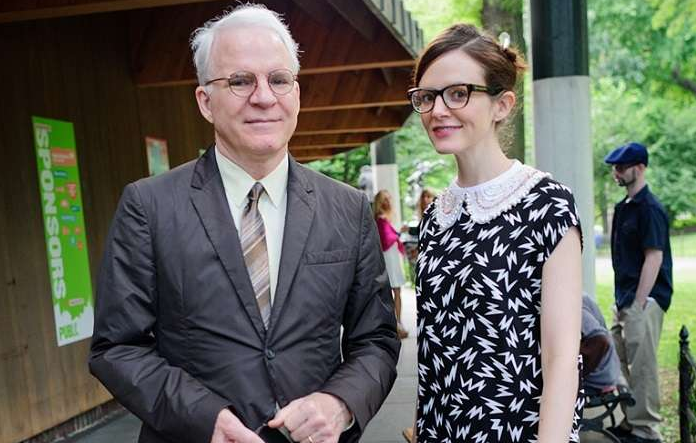 How tall is Steve Martin?

Steve Martin stands at a height of 6 feet and his body weight consists of around 74 kg. His hair color is gray and his eyes are blue in color. Her body type is slim. He has an offbeat and deconstructive style of humor. He has often played grumpy, ill-tempered characters with a sharp sarcastic sense of humor. He has got a healthy body at present.

Trivias About Steve Martin You Need To Know.