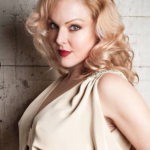 Storm Large is an American versatile and multi-talented singer, songwriter, actress, and author. She is widely recognized for being a contestant on the CBS reality television show "Rock Star: Supernova". As of today, she performs nationally with her own band, and tours internationally with the Portland-based band 'Pink Martini'. On 12th January 2012, she published a memoir titled "Crazy Enough". She has also appeared in Randy Newman's "Harps and Angels" at the Mark Taper Forum from November 10 - December 22, 2010. She has a cameo appearance as a German milkmaid in the feature film, "Bucksville" (dir. Chel White), starring Thomas Stroppel. She appeared on "America's Got Talent" on June 14, 2021, performing a cover of "I've Got You Under My Skin". 'AGT': Wild card winner Storm Large returns to competition, but fails to impress Simon Cowell. Southborough singer Storm Large's captivating quest to advance on the NBC show "America's Got Talent" and win its ultimate $1,000,000 prize came to an end Wednesday night. Just the day before it was announced on the show that the TV audience had voted Large as the winner of the first-ever Peacock special "AGT: America’s Wildcard," beating out four other competitors to secure a place in the show's third and final quarterfinals on Aug. 24.

What makes Storm Large so famous? 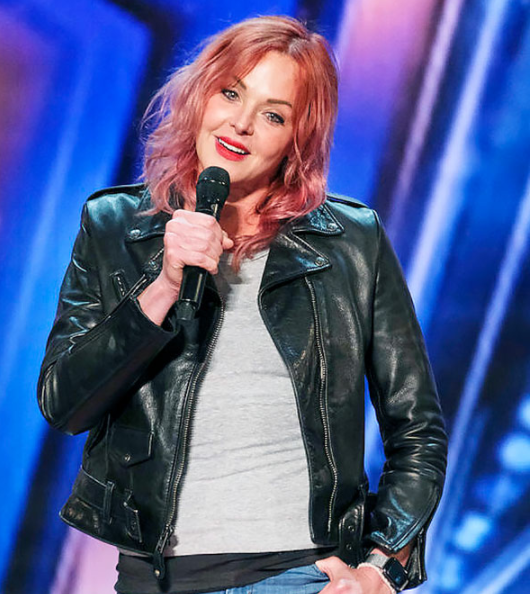 Is Storm Large her real name?

Storm Large was born on 25 June 1969 with the real name of Susan Storm Large. Her present age is 52 as of 2021. Her birthplace is Southborough, Massachusetts, the USA whereas she is currently residing in Portland, Oregon. She was born to her father, Henry Large whereas her mother's details is unavailable at a moment. Her dad was a history teacher and the football team coach too. In addition, she has not revealed any information regarding her siblings. She holds American nationality whereas her ethnic background is Caucasian. Since around age five, she started singing and writing songs. She follows the Christianity religion and her Zodiac sign is Cancer.

Storm Large graduated in 1987 from St. Mark’s School, a prestigious private school whose alumni include Ben Bradlee, Prince Hashim of Jordan, and Franklin Delano Roosevelt III. After completion of her higher education, she joined the American Academy of Dramatic Arts in New York. She then decided to quit the music journey and attend the Western Culinary Institute. But she was motivated by her friends and thus started singing with a band named "The Balls".

Who is Storm Large Dating?

Storm Large is an unmarried lady. But she is in a love relationship with her boyfriend, Stephen Cassell who is marketing personnel as well as LGBT Jewish activist. As of now, they are living a happy life and they are supportive of each other. Their bond is going strong with the passage of time. She often shares photos along with Stephen on her Instagram handles. Talking about her sexuality, Storm Large is bisexual, though she dislikes the term and instead calls herself "sexually omnivorous."

How much is Storm Large Net Worth?

Storm Large is a well-recognized actress and singer who has made a huge amount of money during her career timeline. She has been active in her profession from 1989 till now. As of 2021, the net worth of Storm Large is estimated to have $1 Million as per sources. From her profession, she is living a lavish lifestyle as of today. Whereas her exact salary and annual income are still to get disclosed yet. Her major source of wealth comes from the music industry and entertainment industry.

Storm Large is a very gorgeous lady with an attractive figure and body shape. She has a charming smile with a glowing face. She stands at a height of 6 feet and her balanced bodyweight consists of 57 kg. She has green eyes whereas her hair is blonde. She often dyes her hair. Her other body measurements are still to get unfold yet. Overall, she has got a healthy body. Her body type is slim. Storm Large has a tattoo across her back that in big letters says "lover." When asked why she has this giant tattoo she says that "lover" is the word that describes her best. She says It's rough-looking, but inside I'm all mushiness and the most sentimental, sweet, sad little thing. So it's a perfect metaphor. 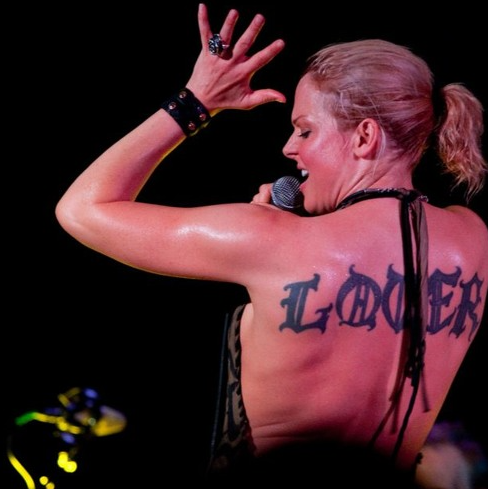 Trivias About Storm Large You Need To Know.