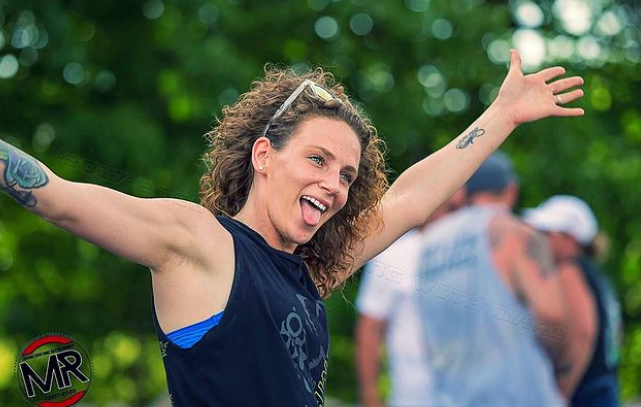 Chelsea Day is an American street racer from the TV show "Street Outlaws" whose racing name is Chelarilla. Born to a racers family, she has the ability of racing in her blood. She currently drives her car 'TomKat' in the streets for Doughboy. It seems Chelsea has recently purchased another race car, a white 1973 Camaro as per her social media post. Till now, she has won many races with her amazing street racing ability and skill. She promoted the Discovery's show "Street Outlaws" for the first time in 2017. The show first aired in 2013 with more than 140 episodes. Chelsea Day's father-in-law, JJ Da Boss is the leader of the Memphis racing family. Chelsea was also a badass female street racer being the part of the lineup and the racers have their own unique set of rules. JJ Da Boss and his crazy team of Memphis drivers are back for another season of the hit Discovery series, "Street Outlaws: Memphis". Due to her husband's back injury, viewers have gotten to know the cast member a lot more, and are eager to find out about her background. Although it is clear from season 5 of the show that Chelsea is a talented street racer. It is unknown from when Chelsea Day started her racing journey but her photos at street races indicated that she began racing in the year 2013.

What is Chelsea Day Famous For? 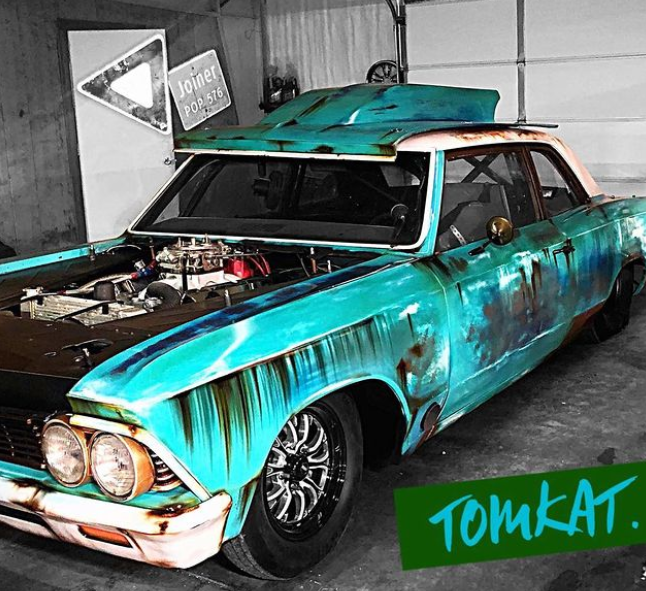 Where is Chelsea Day From? Know About Her Age, Family, Education

Chelsea Day was born on 12th January 1994 and her place of birth is Joiner, Arkansas, the USA. She is American by nationality and her ethnic background is American-White. Her race is White. About her parents, she was born to her father, Ricky Cooper, and her mother, Sara Cooper. Additionally, she also has a sibling; an elder sister namely Precious Cooper with whom she spent her childhood. By profession, Precious Cooper is a famed racer. Chelsea also helped her sister to prepare for races. They both look similar to each other due to which people got confused if they are twins. She grew up in a poor environment as her family background income is not so strong. She follows the Christianity religion. Her present age is 27 as of 2021. 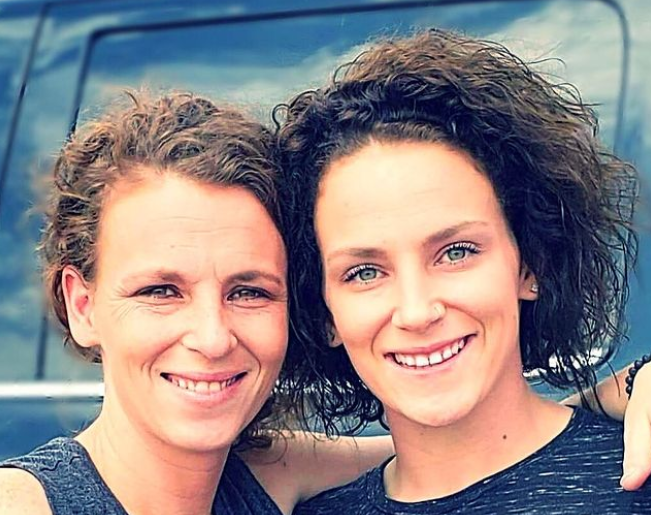 About her education, Chelsea attended Rivercrest High School. Then, she studied nursing at Arkansas Northern College. After that, she joined the University of Arkansas Community College at Batesville where she completed her nursing from 2013-2015.

Who is Chelsea Day married to? Details About Her Husband and Children

Chelsea Day is a married woman. She is happily married to her handsome husband whose name is Joshua Day. Their wedding date is 20th September 2015 and their engagement date is 13th September 2015. Joshua Day is nicknamed as 'Doughboy' in Street Outlaws. By profession, Joshua is a street racer. Joshua even has Chelsea's name tattooed on him. 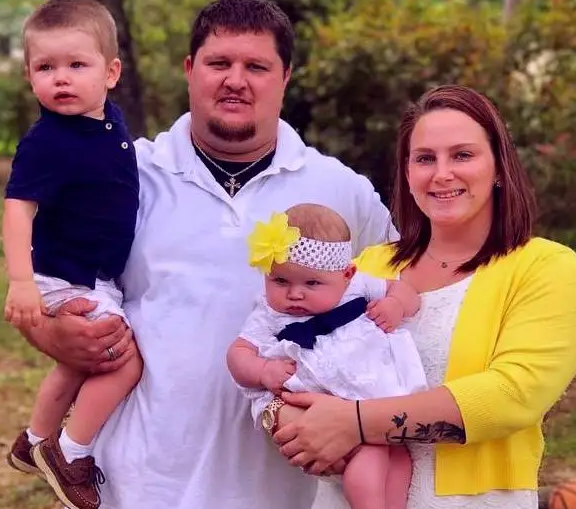 The duo is also the proud parents of two kids; a son named Kamden Day (born on 19th June 2015) and a daughter named Novaleigh Day (June 2021). Their first child, Kamden's age is 6 and their second child, Novaleigh's age is 4 currently. The pair, who will be celebrating their sixth wedding anniversary this year, can often be seen taking their kids out on day trips. As of today, the duo is enjoying their present life happily without any disturbances. Her sexual orientation is straight. They also have a dog named Bane who was there with them since the year 2017. JJ Da Boss (Chelsea Day's father-in-law) is the leader of the Memphis racing family. 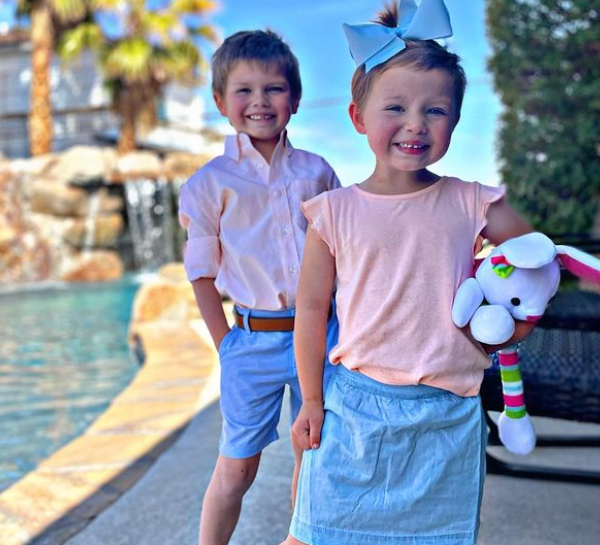 How much is Chelsea Day Net Worth?

Chelsea Day is a racer by profession whose net worth is $400K as of 2021. She bought her first car, a red Camaro in the year 2013. Besides this, she also has a car collection of 69 Camaro, 2001 Pontiac Trans-AM, Acadia GMC. Her present salary is still to get unfold yet but there is no doubt in the mind of her followers that she is making a considerable amount of money which is in thousands of dollars. Her main source of wealth comes from her entertainment career and racing career. 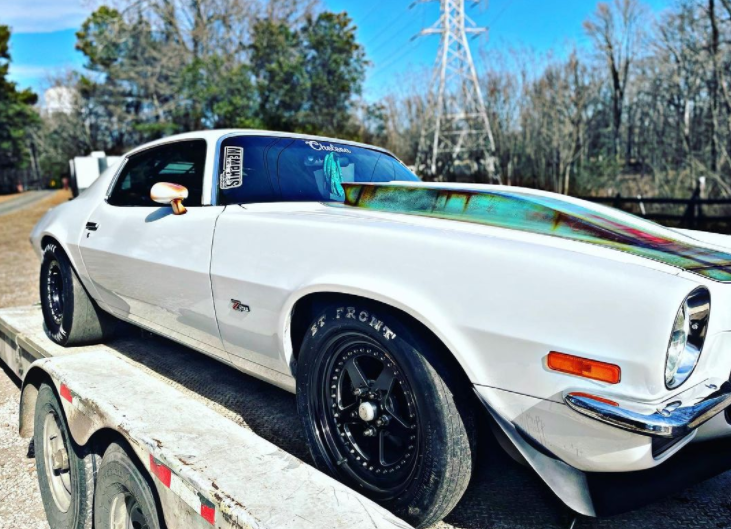 Chelsea Day is a very beautiful woman with an athletic body type. She has a perfect height of 5 ft 6.5 in or 1.68 m. Her body weight consists of 60 KG. She has also posted photos of her large tattoos including her forearm tattoos of clocks representing the dates and time of births of her two children. In addition, she has tattooed "Each day is a gift, not a given right" on the side of her stomach. She gained weight after she got pregnant with her two kids. After she gave birth to her second child, she went on a mission on weight loss. She lost more than 25 Kg weight. Her other body measurements are unavailable at a moment. She has got a healthy body at present and she is very conscious about her food intake.