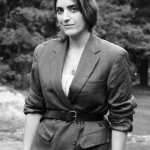 Suleika Jaouad is an American journalist, writer, advocate, as well as a motivational speaker. She is the author of the "Life, Interrupted" column in The New York Times and also he has written for Vogue, Glamour, NPR's All Things Considered, and Women's Health. Her 2021 memoir "Between Two Kingdoms" was a New York Times Best Seller. When she was diagnosed with cancer in 2011, doctors said she had only a 35% chance of surviving in the long run. She survived and subsequently writes and speaks extensively about her medical experiences. Her Emmy Award-winning column, "Life, Interrupted" was part of the New York Times Well blog.

What is Suleika Jaouad Known For?

What Ethnicity is Suleika Jaouad?

Suleika Jaouad took birth on 5th July 1988. She is from New York, the USA. She holds American nationality and she is of mixed ethnicity as she has Tunisian descent from her dad's side and Swiss descent from her mom's side. She has not stated anything about her parent's detail to the media. Cancer is her zodiac sign and she follows the Christianity religion. She celebrated her 33rd birthday in 2021.

Following his education, she went to attend The Juilliard School. After that, she completed her Bachelor's degree at Princeton University. Further, she received her MFA from Bennington College majored in writing and literature. 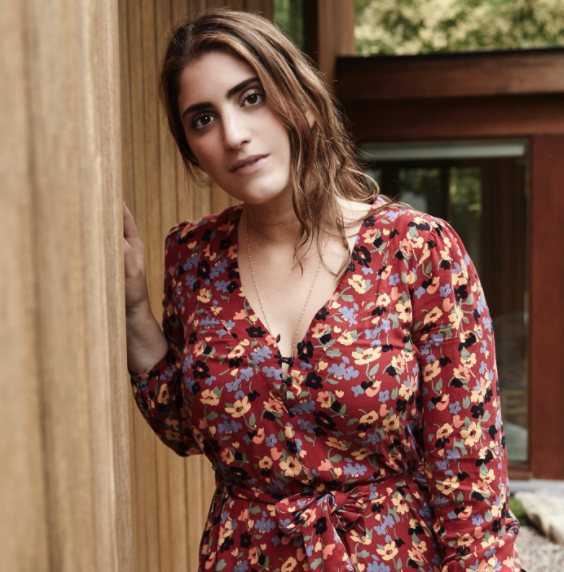 Who is Suleika Jaouad Husband?

Suleika Jaouad is a married woman. She tied a knot to her husband, Jon Batiste in February 2022. In April 2022, the couple revealed in a television interview that they had been secretly married in February 2022, the day before Jaouad was to undergo a bone marrow transplant after she had been diagnosed with leukemia for a second time. By profession, Jon Batiste is a musician, bandleader, and TV personality. The duo were in a relationship since 2014. They met each other for the first time at band camp when Jaouad was 13 years old and Jon was 14. During the initial Covid-19 quarantine of 2020, Jon opened up to People about his time with Suleika. "Obviously there's so much loss that we've faced individually and collectively, but I find that this time has also been a blessing in that it gives us a break to be with each other," he said at the time. Her sexual orientation is straight. Today, the couple is living a happy life. They also have a pet dog named Oscar.

Grammy-nominated musician Jon Batiste, the bandleader of "The Late Show with Stephen Colbert," and Suleika Jaouad, author of the bestselling cancer memoir "Between Two Kingdoms," revealed that they were secretly married in February, they told "CBS Sunday Morning." The couple, who have been together for eight years, decided to wed after she was recently diagnosed with leukemia for a second time. "We got married the day before I was admitted to the hospital to undergo my bone marrow transplant," she told correspondent Jim Axelrod. "We have known that we wanted to get married, I think, from the first week that we started dating. That's when Jon first brought up the topic of marriage to me. So, we've had eight years. This is not, you know, a hasty decision!" she laughed. Jaouad said that the suddenness of the "tiny, beautiful, little ceremony" meant they made do without formal rings. "We used bread ties," she said. Batiste said that the whirlwind ceremony "isn't gonna interrupt the plan that we have. This is just a bump in the road." "And something like getting married can be an act of optimism, an act of declaration, an act of, ‘We have a future,'" said Axelrod. "Yes. It's an act of defiance. The darkness will try to overtake you, but just turn on the light. Focus on the light. Hold onto the light." 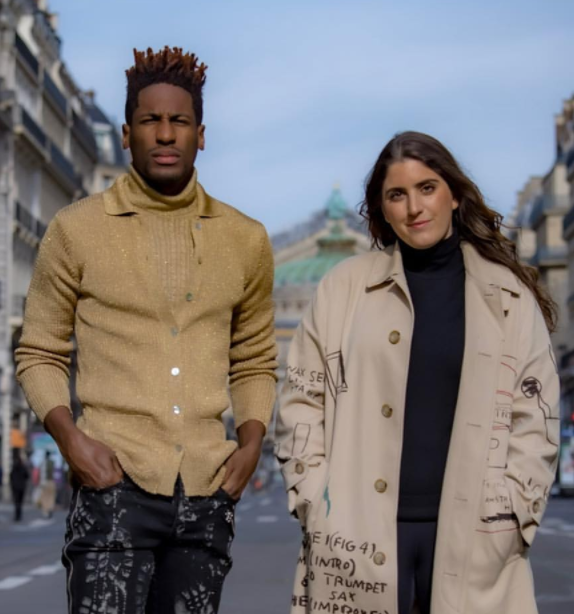 Everything To Know About Jon Batiste

How much is Suleika Jaouad Net Worth?

Suleika Jaouad is a talented author, advocate, and motivational speaker. As of 2022, the net worth of Suleika is estimated to have between $500K - $1 Million. Her main source of wealth is her book career. She has not stated anything about her exact salary, and annual income. At present, she is living a humble lifestyle at present.

How tall is Suleika Jaouad?

Suleika Jaouad is a beautiful woman with a glowing face and a charming smile attracting a lot of people towards her. She has a pair of brown eyes and her hair color is dark brown. She has a height of 5 feet 4 inches and her body weight is 62 Kg. Her other body measurement such as waist size, shoe sizes, and more is still to get unfolded yet. Her body type is average. she has a healthy body at present.

When Jaouad was diagnosed with cancer in 2011, doctors said she had only a 35% chance of surviving in the long run. She survived and subsequently writes and speaks extensively about her medical experiences. Later in February 2022,  Jaouad underwent a bone marrow transplant after she had been diagnosed with leukemia for a second time.

Trivias About Suleika Jaouad You Need To Know.