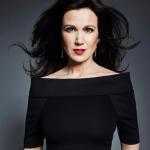 Susanna Reid, (birth name: Susanna Victoria Reid), the queen of morning television, is a  TV presenter and a journalist of Great Britain is best known as a co-presenter of many reputed television shows, BBC Breakfast from 2003-2014 along with her co-hosts Bill Turnbull and Charlie Stayt also a co-anchor of Good Morning Britain since 2014, along with Piers Morgan and Ben Shephard. She has also hosted Sunday Morning Live on BBC and Save Money. She is one of the most popular leading woman presenter, journalists, producer, an actor, a charity donor and a mother who has achieved a lot of awards till date and a lot of achievements to come yet.

Good Morning Britain presenter Susanna Reid gave up drinking after doctors warned her about the effects of alcoholism. She was warned that her face could end up scarred for life after blood vessels started to burst. The 49-years old presenter told the Sunday Times Magazine, "I gave up because a doctor told me to. I was concerned because my skin was flushed, I kept getting flare-ups and blemishes, and they were leaving red scars." She added, "I'd tried all manner of creams and washes, but I knew deep down that what was happening to my skin was probably a manifestation of what i was putting into my body." She also admitted that some of her favorite memories were fuelled by alcohol.

What is Susanna Reid Famous For?

-the co-presenter of BBC Breakfast

-the two times "THE NEWSREADER OF THE YEAR" award holder

-the co-host of Good Morning Britain and current host of ITV.

Where was Susanna Reid Born?

Susanna Reid, the youngest of three sibling sister, was born on 10 December 1970 in Croydon, South London. Her father Barry Reid and mother Sue Smith eventually got divorced when she was 9 years old. Her father was a management consultant, while her mother worked as a nurse.

She started her educational field at the early age of 6 at the independent Croham Hurst School(1975 to 1981), did her high schooling at Croydon High school(1981-87)and followed by St.Paul's Girl's School(1987-89) in London. Reid studied Politics, Philosophy, and Law at the University of Bristol from 1989 to 1892 just after she finished her schooling. At the University of Bristol, she was the editor of Epigram, the student newspaper, which was short-listed as "BEST STUDENT NEWSPAPER" in The Guardian journalism award. She then completed her postgraduation in Broadcast Journalism at the Cardiff School of Journalism.

She emerged as an actress, in a stage production of Agatha Christie's Spider's Web in 1982, and alongside Peter Barkworth and Harriet Walter in 'The Price' in 1985.

Susanna Reid also is known for her long hairs now, had short hairs in 2009.

Reid, an educated and energetic lady, began her career at BBC Radio Bristol and came up as a reporter for Radio 5 Live, as well as a producer. She then joined BBC News 24, where she spent two years as a reporter. In the absence of 23:00 presenter, she became a stand-in presenter for an hour, which turned out to be her permanent position, the time during which she was three months pregnant with her first child. Reid became a reporter for Breakfast News in 1988. After having a break of maternity, she then became a presenter of BBC News Channel.

Reid was one of the main presenters on BBC Breakfast, presenting with Bill Turnbill on Mondays, Tuesdays, Wednesdays and previously presenting with Charlie Stayt on Fridays, Saturdays, and Sundays. She held the role from 2012 when she replaced lead presenter Sian Williams.

Meanwhile, in April 2012, she took William's lead presenter role as the main weekday presenter opposite to Bill Turner. Reid was also previously the regular newsreader during the headlines on 'The Andrew Marr Show'. Reid presented the main show for the first time on 10th March 2013. On 22nd February, Reid presented the BBC'S live coverage of the "2009 OSCARS" from Los Angeles and also presented coverage of the 2010 Oscars on 7th March.

On December 2013, Reid was a runner-up of Strictly Come Dancing and her professional partner was Kevin Clifton. She previously participated in the 'Children in Need special' pairing with Robin Windsor and eventually winning it on November 2011. In 2014, Reid presented the New Year Live programme on BBC One, replacing Gabby Logan. On February 2014, it was reported that ITV was attempting to recruit Reid for their new breakfast programme, which Reid had previously rejected saying that she would "Bleed Blood" if cut open. However on 3 March 2014, Reid was confirmed to be a part of ITV "Good Morning Britain" which was hosted by Reid along with Ben Shephard and Piers Morgan. On 19 December 2014, Reid appeared on a special 'Text Santa'. In 2017 she co-presented 'Save Money'.

On October 2018, Reid appeared as a cameo in Hollyoaks.

Who is Susanna Reid Married To?

Reid currently lives in Balham, South London. She married former sports correspondent and fellow journalists Dominic Cotton in 1998 with whom she has three sons; Sam Cotton, Jack Cotton, and Finn Cotton. Reid and Dominic both are supporters of Crystal Palace, but they separated and got divorced as her parents had done previously, in 2014 after 16 years of a long relationship and three children. But they still live in the same house, even though Cotton has a girlfriend just for the sake of their children.

Reid is a strong supporter of Crystals Palace, visiting the club's Selhurst Park ground with her dance partner while taking part in Strictly Come Dancing, in 2013.

She had been single since her break-up, but in November 2018 she confirmed to be in a relationship with Crystal Palace chairman Steve Parish.

Reid is a pescetarian, something she used to discuss often in her Saturday morning banter with chef James Martin when commenting on the dishes on his following programme, 'Saturday Kitchen'. She also has been voted into Zoo weekly's top ten of "Britain's sexiest mums" and in 2013 she was voted in FHM'S 100 sexiest women list.

Reid was also addicted to alcohol which she had given up after her doctor warned her that she was at the high risk of damaging her body permanently. Reid, the Good Morning Britain presenter of age 48, exclusively said the 'Sunday Times Magazine'  about how her GP(doctor) warned her that her face could end up to screw her life after blood vessels started to burst out.

Reid is a regular contributor to the Media Trust, a charity linking other charities to the media industry. And she has hosted events for the Myotubular Trust and has Voluntary Arts England. In 1998, just before she was appointed as a reporter of Breakfast News, she worked for three months in Sri Lanka as a voluntary media consultant for a charity which counsels victims of the civil war and operates orphanages and social development programs. Previously in 1991, she was awarded "Best Student Newspaper" in The Guardian student journalism awards.

In April 2012, Reid took a part in the London Marathon, collecting money for sports Relief, completing the course in just over five hours.

On March 2013, the Television and Radio Industries Club awarded as "THE NEWSREADER OF THE YEAR" at their annual awards, the week after it was announced she joined ITV. In 2015, she again was awarded by the same award.

Also, Susanna Reid is active in social media. She has 362k on Instagram and 581k on Twitter.

What are Susanna Reid's Body Measurements?

The famous television hostess Susanna Reid loves to be fit and healthy. She stands at a height of 1.63 m i.e. 5 feet and 5 inches tall. She has a body weight of 123 lbs i.e. 56 kg. She has a slim body build. Her body measurements are 35-25-36 inches. She has brown eyes and her hair color is black.

What is Susanna Reid's Net Worth?

Susanna Reid's estimated net worth of 2019 is $3 million, as known from the source; AlphaLife. Meanwhile, she has been getting a paycheck of one million Euro from ITV every year. She also earns from her career at BBC and many other shows.