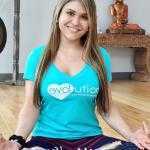 Sydney Aiello was an American College student. She was the survivor of the Marjory Stoneman Douglas High School shooting incident on 14 February 2018. 17 people including 14 students were killed in the massacre. Sydney Aiello who survived the incident suffered from post-traumatic stress for a long time. 13 months later, she committed suicide as she could not bear the trauma of the tragic incident. She died committing suicide on 17 March 2019. She was just 19 years old.

Sydney Aiello was born in 2000. She was born to a father, Joe Aiello, and a mother, Cara Aiello. She belonged to White ethnicity. Her birth place was in Parkland, Florida in the United States. She held American nationality. Her nationality was Christian. She had 1 sibling, her elder brother, Nick Aiello.

She attended Marjory Stoneman Douglas High School. She suffered a tragic high school shooting incident there in February 2018. She completed her high school later in the same year. She later continued her studies from Florida Atlantic University.

She wanted to become a doctor.

On 14 February 2018, Nicholas Cruz entered the high school and started shooting anyone in front of him. Nicholas was the expelled student at the same high school. 17 people including 14 students were brutally killed in the shooting.

However, Sydney survived the tragic incident.

Her classmate Anthony Borges who was shot five times while shielding other students survived the attack as well.

Other 17 people were injured.

Cruz was arrested an hour later in nearby Coral Springs.

She suffered from trauma resulting in depression.

She started a GoFund Me Facebook page. She started the page to collect fund to cover the cost of the funeral of the shooting victims.

After the tragic shooting incident, she strongly advocated gun control movement in the United States. She participated in the movement carrying a play-card that wrote, "Never Again".

She attended the 'March for our lives' rally in March 2018.

She worked as a teacher during the fall of 2018.

She was also the part of the Connection Coalition, a Nonprofit organization working with youth groups to provide access to tools for resiliency with trauma-informed practices that help calm the nervous system and allow better decision making with yoga, mindfulness, and meditation.

Sydney Aiello suffered from trauma after the tragic high school shooting incident. She fell into depression. She was struggling to recover from the trauma. However, she failed to recover and finally took her own life. She committed suicide on 17 March 2019, 13 months after the incident.

Hunter Pollack expressed condolence to Aiello. He is the brother of Meadow Pollack, Aiello's best friend who died in the Parkland shooting incident.

Hunter wrote on Twitter, "It was devastating to bury another beautiful young person in Parkland today. our community is going through tragedy again. Please keep the Aiello Family in your prayers. Rest in peace, Sydney. Please take care of my sister".

Who was Sydney Aiello Dating?

Sydney Aiello was reportedly single. She was a very young student. After the tragic shooting incident at her high school, she suffered from the trauma resulting in depression. Thus, there was no information about her dating life.

What were Sydney Aiello's Body Measurements?

Trivias About Sydney Aiello You Need To Know.