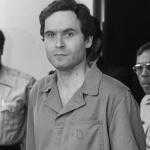 Theodore Robert Cowell, popularly known as Ted Bundy or Theodore Robert Bundy was an American serial killer, kidnapper, rapist, burglar, necrophile, and sociopath. He assaulted and murdered numerous young women and girls during the 1970s and possibly earlier. For his crime, he was executed by electrocution on 24 January 1989 at Florida State Prison, Bradford County in Florida. He was executed at the age of 42.

What is Ted Bundy Famous For?

Where was Ted Bundy?

Tedy Bundy was born on 24 November 1946. His birth name was Theodore Robert Cowell. His mother was Eleanor Louise Cowell. Information about his father is uncertain. His birth place was in Burlington, Vermont in the United States. He held American nationality. He spent the first three years of his life with his maternal grandparents, Samuel and Eleanor Cowell.

He was arrested at least twice on suspicion of burglary and auto theft during his high school. He attended high school in 1965. He enrolled at the University of Puget Sound (UPS). After a year, he transferred to the University of Washington (UW) in 1966 to study Chinese. He dropped out of college and worked at a series of minimum-wage jobs.

He re-enrolled at UW in mid-1970 to study psychology. He also started working at Seattle's Suicide Hotline Crisis Center. He graduated from UW in 1972.

There is no official report on when or where Bundy started killing women. The true number of victims is unknown. He confessed to 30 homicides that he committed in seven states between 1974 and 1978. He kidnapped, raped, and murdered several woman and girls. He decapitated at least 12 victims and kept several heads as mementos in his apartment.

Most of his female victims were white females between the ages of 15 and 25. The victims regarded him as handsome and charismatic. He easily won their trust. He would typically approach them in public places, feigning injury or disability, or impersonating an authority figure. He then assaulted them. On a few occasions, he broke into dwellings at night and bludgeoned his victims as they slept.

He was jailed for the first time in 1975. He was incarcerated in Utah for aggravated kidnapping and attempted a criminal assault.

He then became a suspect in a progressively longer list of unsolved homicides in several states.

While facing murder charges in Colorado, he engineered two dramatic escapes and committed further assaults. He was ultimately recaptured in Florida in 1978. He received three death sentences in two separate trials.

He was executed in the electric chair at Florida State Prison on 24 January 1989. He was executed at the age of 42. As the execution was carried out, many people celebrated his death singing, dancing, and fireworks. His body was cremated in Gainesville and his ashes were scattered at an undisclosed location in the Cascade Range of Washington State, according to his own will.

Who was Ted Bundy Married to?

He was legally married to former Washington State DES coworker Carole Ann Boone. Boone gave birth to a daughter in October 1981. She was named Bundy as the father. Earlier, he dated several women. His charming personality attracted several women. Those women later became his prey.