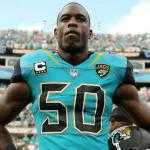 Telvin Smith Sr. professionally known as Telvin Smith is an American football linebacker. He plays for the Jacksonville Jaguars of the National Football League (NFL). The Jaguars drafted him in the fifth round of the 2014 NFL Draft. He played college football at Florida State. 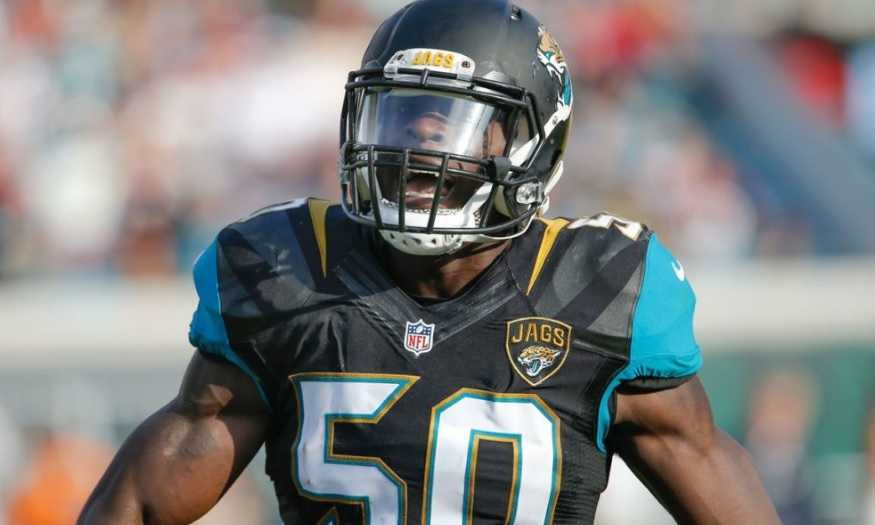 What is Telvin Smith Famous For?

Where was Telvin Smith Born?

Telvin Smith was born on 11 April 1991. His birth name is Telvin Smith Sr. His birth place is in Valdosta, Georgia in the United States. He holds American nationality.

He attended Lowndes High School in Valdosta, Georgia. He played football and ran track at Lowndes. He recorded 97 tackles including 16 for loss and two interceptions as a junior. He helped his team win the State AAAAA championship. As a senior, he registered 84 tackles and two interceptions.

Rivals.com considered him a four-star recruit and was rated as the 18th best outside linebacker prospect in the nation.

He committed to play for the Florida State University. He played in 14 games in his freshman years in 2010. He recorded 18 tackles and 1.5 sacks.

He played in 12 games in his sophomore year recording 42 tackles with three sacks and one interception.

He played in all 14 games in his junior season and recorded 64 tackles and one sack. He recorded 75 tackles and 9.5 tackles for losses, and three interceptions in his senior year.

He was named first-team All-ACC.

The Jacksonville Jaguars selected him in the fifth round with the 144th overall pick of the 2014 NFL Draft. He was the 17th linebacker selected in 2014.

He then signed a four-year deal with the Jaguars worth $2.43 million including a signing bonus of $211,052.

He made his professional regular season debut in the Jaguars' season-opener against the Philadelphia Eagles. He recorded three combined tackles while the Jaguars loss 34-17.

He finished his rookie season with a total of 104 combined tackles with 72 solos, four pass deflections, two sacks, a forced fumble, and an interception. He played all 16 games starting nine.

He finished the 2015 season with a career-high 128 combined tackles with 99 solos, seven pass deflections, 2.5 sacks, and an interception in 14 games and 14 starts.

He finished the 2016 season with 118 combined tackles with 98 solos, eight pass deflections, two interceptions, and a sack in 16 games starting all.

He signed a four-year contract extension with the Jaguars in October 2017 worth $45.05 million that includes $15.05 million guaranteed and a signing bonus of $4.05 million.

He finished the 2017 season with 102 combined tackles with 76 solos, five pass deflections, three interceptions, one touchdown, and one sack in 14 games in 14 starts.

He was named in the 2018 Pro Bowl as a later replacement for Jadeveon Clowney.

The Jaguars finished first in the AFC South with a 10-6 record and earned a playoff berth. They lost the AFC Championship Game 24-20 to the New England Patriots.

He started in all 16 games in the 2018 season and recorded career-high 134 combined tackles with 100 solos, two pass deflections, two interceptions, one sack, one forced fumble, and a touchdown.

He was ranked 44th among all linebackers by Pro Football Focus in 2018.

He announced via his Instagram account on 9 May 2019 that he would not be playing football in the 2019 season. He cited the need to "get his world in order".

Who is Telvin Smith Dating?

Information about his personal life is not available at present. It will be updated soon.

How Tall is Telvin Smith?

What is Telvin Smith Net Worth?

Telvin Smith is a professional football player. He earns from playing professional football in the NFL. His income comes from salary, bonuses, contract extensions, and endorsements. He signed a four-year contract extension with the Jaguars in October 2017 worth $45.05 million that includes $15.05 million guaranteed and a signing bonus of $4.05 million. His net worth is not available at present.