The Great Power of Love: Ozzy and Sharon Osbourne 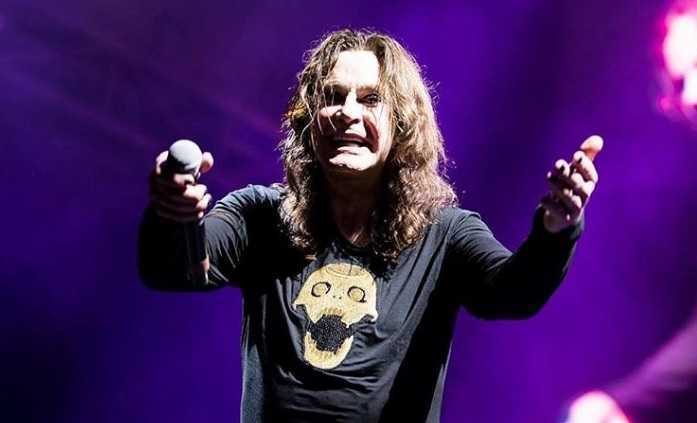 It is difficult to argue with the statement that in order for a man and a woman to live together for many years and feel happy in this union, they must ideally match each other, feel the affinity of souls, and have similar interests and views on different aspects of life. Ozzy and Sharon Osbourne are just such a couple. For more than 30 years of marriage, they have gone through many difficulties but managed to save love and remain the best and the only ones for each other.

First, let's talk a little about Ozzy. He finished school at 15 and worked everywhere: on a construction site, factory, and even a slaughterhouse. However, he did not stay anywhere for long, except for 6 months in prison. When Ozzy emerged from jail, it was the end of the 60s - the peak of Beatles popularity and every other kid from the British suburbs tried to replicate the success of the Liverpool four. Ozzy also tried to become famous and placed a short advertisement in the local newspaper: “Ozzy Zig needs gig.”

Strangely enough, other equally talented newcomer musicians, including Ozzie's classmate Tony Iommi, responded to this advertisement. So they created a band. The musicians called it Black Sabbath and played heavy dark music with dramatic and dark lyrics.

In the mid-1970s, the band had a new manager, crafty and rough Don Arden. Ozzy met Sharon during negotiations with Don. At that time, she was 18 and worked as a secretary for her father. Ozzy entered the office and sat on the floor, wearing a water tap on his neck. Sharon was shocked by such behavior. But young people became interested in each other and have been on friendly terms for a long time. Ozzy was married to Thelma Riley. They had two common children and a child of Thelma. Their marriage lasted 12 years. Ozzy's problems with alcohol and the growing interest in Sharon were the main reasons for the break-up.

According to Ozzy, before meeting with Sharon, he has never been truly in love and hasn’t known a girl with whom they would be so much alike. In those days, Sharon also abused alcohol. Wherever she and Ozzy appeared, they were always the loudest and drunkest.

Ozzy collaborated with Black Sabbath until 1977. Then he left the band for a year. In 1978, the musicians recorded the album Never say die in the original ensemble's line-up with Ozzy as the vocalist. But because of the strong alcohol and drug addiction, the musician was dismissed from the band.

It was during such a difficult period for Ozzy that they started a romantic relationship with Sharon. She took everything into her own hands - roused Ozzy from the depression and seized his contract from her father. Sharon became Ozzy’s manager and inspired him to start an incredibly successful solo career. Under the tactful guidance of Sharon, Ozzy gathered a new band, continued to play the same hard and dark rock and plunged into madness on stage.

The modest marriage ceremony of Ozzy and Sharon took place on July 4, 1982, in Hawaii, on the way to a concert in Japan. Ozzy spent the first wedding night in the hall of the hotel, having passed out drunk after an impressive amount of alcohol.

Sharon managed not only to raise three children but also run her husband's career. She had much more difficulty with her husband than with children or a bunch of competitors. Ozzy continued to drink and take drugs, and sometimes even had affairs.

But the last straw was vodka. In August 1989, Ozzy participated in the Moscow Music Peace Festival and returned home either with a box or with a large bottle of vodka which he decided to drink immediately. As a result, the musician had a fit of delirium tremens and tried to strangle his wife, shouting, "We decided it is time for you to go." Sharon was able to fight back and call the police. Then she got an injunction against her husband – he could not approach her and their children for several months.

However, this accident did not prevent Sharon from forgiving Ozzy and being together again. The song of the musician "Mama I'm coming home" (1992) is dedicated to Sharon. Ozzy says these words every time he calls her loved one before the end of the next tour.

According to Ozzy, people often ask how he and Sharon managed to maintain relationships for such a long time. The musician says, "Both then and now, my answer is the same: I have never stopped telling my wife that I love her; never stopped asking her to have lunch somewhere together; never ceased to amaze her with small pleasant gifts and surprises." He definitely knows how to please the woman he loves. Ukrainian dating web site will help you find and win a woman.

Ozzy and Sharon Osbourne prove that the power of love can overcome any difficulties. You just need to believe in each other and fight for your happiness to the end.