The Voice Contestants: Who is Destiny Rayne? 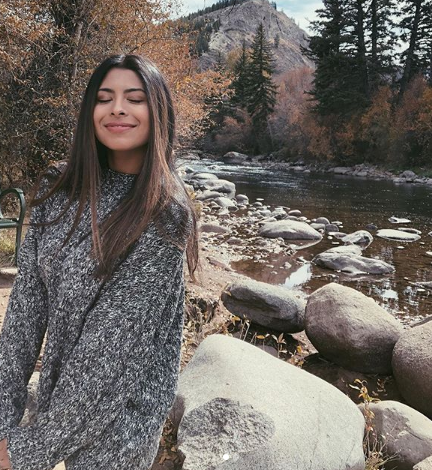 "Where There is a Will There is a Way", well nothing defines it more than a real talent and real hardship in the world. When there comes the thing about a platform to expose real talents nothing is better than "The Voice". "The Voice" is actually an American singing competition aired on NBC each year now for its 17th season, to find new unexposed singing talents all over the country.

It is a platform and a chance for aspiring singers from age 13 or above to expose themselves in front of the whole nation showing their capability to bring change in the music industry. Each of the contestants is chosen for their own specialty that makes them different than others. The current panel of four coaches includes John Legend, Gwen Stefani, Blake Shelton, and Kelly Clarkson.

Was there a Double Steal for the First Time In "The Voice"?

One of the contestants of season 17 of "The Voice", Destiny Rayne is currently the only contestant of the season for whom the season's first steal weel, "the double steal" has been made. On Tuesday's episode, October 15, 2019, the first steal of Season 17 took place during a battle episode between Katie Kadan and Destiny Rayne.

Destiny Rayne and Katie Kadan both gave a neck to neck competition to each other singing Elton John's "Tiny Dancer" to be in a team of the coach, John Legend. Legend declared the battle to be the best battle of the season so far.

But as said, the show must go on only one was to be chosen, with no choice John Legend chose Kadan explaining her to be the better performer than Rayne but that wasn't all. The punch of the season was yet to come and no one knew that it would come too soon.

Though Rayne was rejected by Legend her journey wasn't over yet as the other coaches were quite interested in her. As Destiny was about to leave, Blake made a quick surprising gesture by pressing the "Steal" button happily that Destiny is his but Gwen doubled down by pressing hers as well.

Now there was an actual battle between the coaches, Blake and his girlfriend, Gwen but Gwen was strong enough for her words that she stole Rayne even before she came in hands of Blake.

Who is Destiny Rayne? 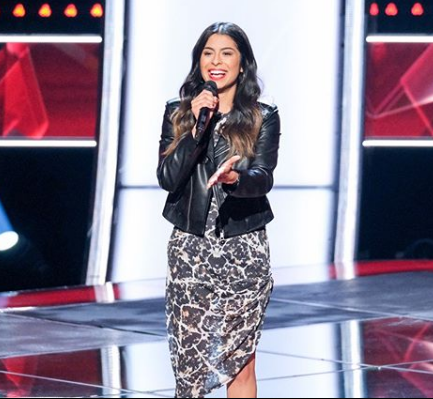 Now you must have the curiosity to know who is the one who had "Double Steal" in her favor. Well, Destiny Rayne, the beautiful lady of 23, from Coral Springs, Fla., is the one who was the show star of last Tuesday night battle on "Th Voice".

Destiny Rayne is a singer-songwriter who began singing at the age of 3 after getting influenced by the performance of Selena Gomez.

Destiny was raised by a single mother who put her in musical theater after discovering her talent for singing at eight years old. Rayne even had performed at Broadway Across America’s "Chitty Chitty Bang Bang" when she was 12 years old.

Rayne even had released a four-track inspirational EP, "His Instrument" in May 2017. Destiny is also a featured vocalist on a couple of inspirational tracks released by Ocean’s Edge. Her most recent video was a cover song by Ed Sheeran and Justin Bieber, "I Don't Care" featuring her and Jake Bonner, her fiance.

Currently, Destiny is residing in Nashville along with her fiance.