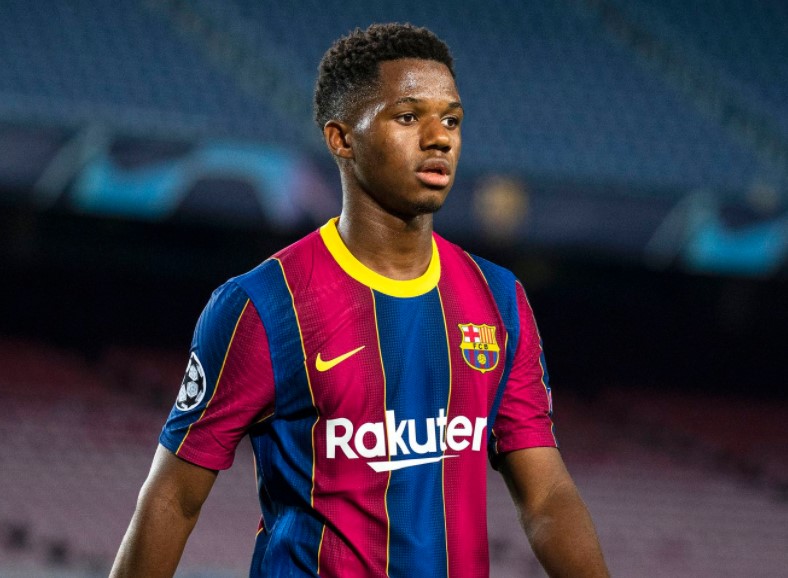 Barcelona rising star Ansu Fati is the new number 10. His new shirt number has given him a huge responsibility to carry the legacy set by previous legends who wore the same shirt. Lionel Messi and Ronaldinho are some of the greatest footballers who wore shirt number 10 for Barcelona. Having started his career in Barcelona, the young and rising star Fati has already made significant contributions to the club. No wonder, he is widely considered as one of the best young players in the world. Here are some facts about rising talent, Ansu Fati. 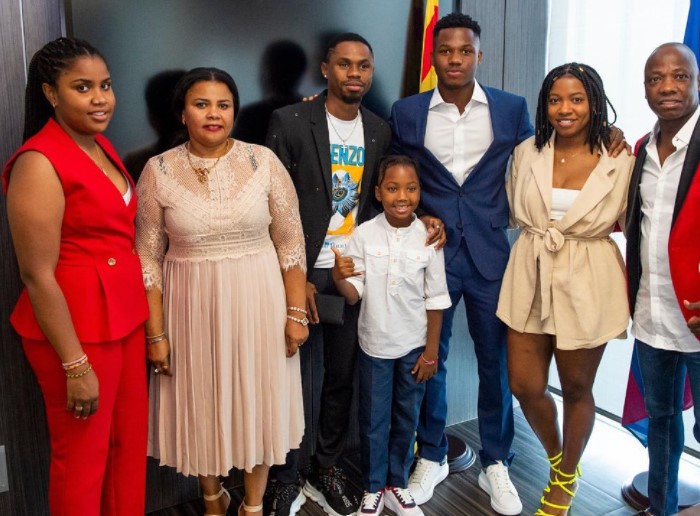 His mother is Ludres Fati. He also has sisters named Djucu and Djeny and a brother named Braima.

Ansu Fati Moved To Spain At A Young Age

Ansu Fati was born on 31 October 2002. His birth name is Anssumane Fati Vieira. He was born in Bissau in Guinea-Bissau. He was very young when he moved to Spain. The family moved to Herrera, Sevilla in Spain when he was only 6 years old. Fati started training from the local club, Herrera. He played for the club's youth team for a while. 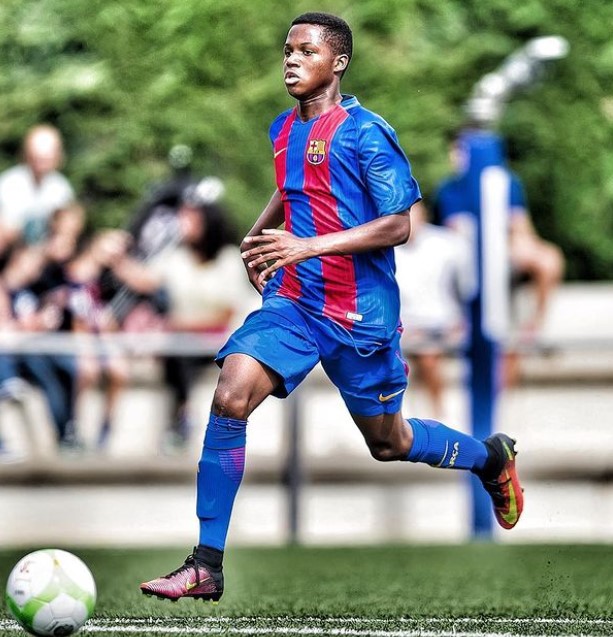 Ansu Fati Joined Barcelona At The Age of 10

Ansu Fati started his football career from the local club, Hererra. He later played for Sevilla's youth teams until 2012. He then signed with Barcelona's La Masia. He was only 10 years old when he joined the club.

Ansu Fati joined Barcelona La Masia in 2012. He was only 10 years old when he joined the club. After representing Barcelona's youth teams from 2012 to 2019, he signed his first professional contract with the club on 24 July 2019. He signed a four-year contract with the club that would keep at the club until 2022. His contract pays him £3,796,000 per year in salary. His net worth is estimated at around £4 million.

He was officially promoted to the first team in September 2020.

No wonder, Ansu Fati is a young promising talent. The young prospect has already set several Barcelona records. He scored his first professional goal on 31 August 2019. His goal against Osasuna made him Barcelona's youngest ever goalscorer. He became the club's youngest goalscorer at the age of 16 years and 304 days. He also became the third-youngest scorer in La Liga history. Earlier, he had become second-youngest player to debut for Barcelona after Vicenc Martinez. 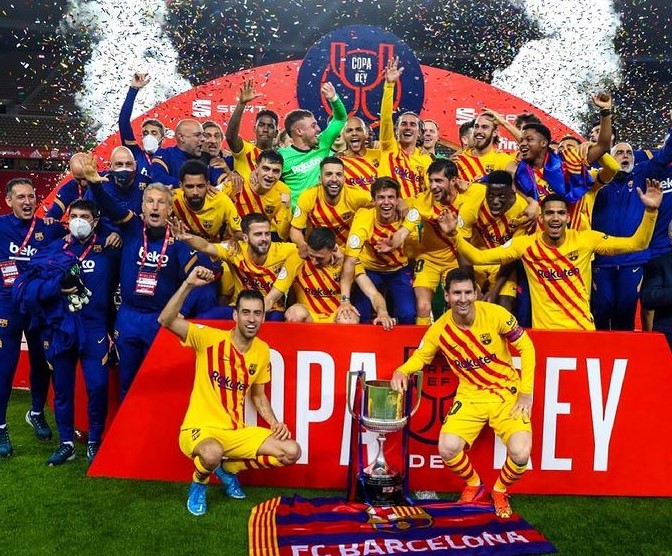 Ansu Fati has several records to his name. He is the record holder of becoming youngest goalscoring player in either the club or La Liga and Champions League history. He is also the youngest ever goalscorer in El Clasico. Fati scored in a 1-3 defeat against Real Madrid on 24 October 2020 to become the youngest ever El Clasico goalscorer.

Ansu Fati was making and breaking records at Barcelona. The Barcelona star set several records before suffering an injury that kept him out of football for a long period. Fati tore his meniscus on his left knee during Barcelona's match against Real Betis on 7 November 2020. He underwent surgery and was announced to remain out of football for four months. However, Fati had to several more months to return to football. He remained out of football for 9 months. 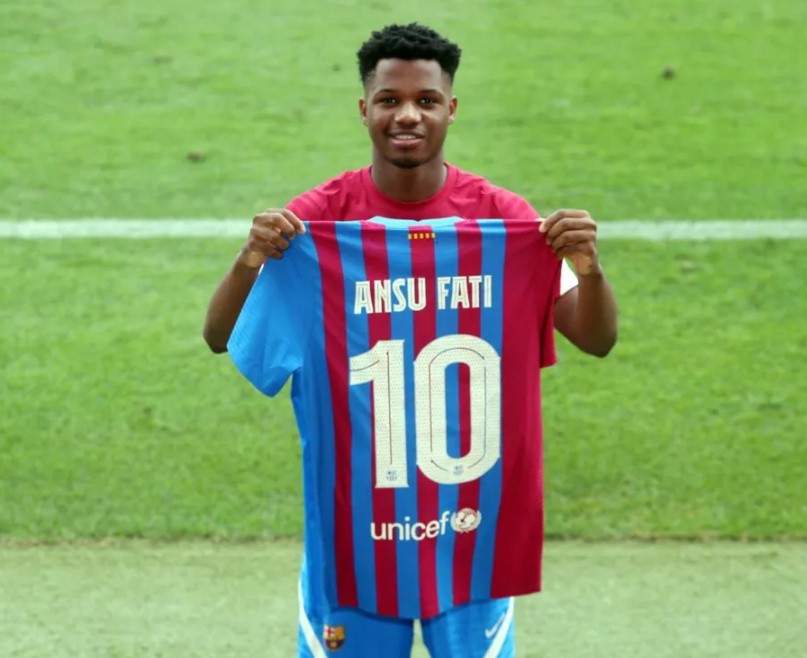 After the departure of captain Lionel Messi from Barcelona, the legendary shirt number 10 was open for new talent. To continue the legacy set by Lionel Messi, there had to be a deserving candidate for No. 10. Ansu Fati who proved himself the  promising and deserving talent, the club handed him number 10. Fati will now have to continue the legendary legacy set by legendary footballers in the past.

From Maradona to Messi, Ronaldinho, Guardiola, Romario won the shirt number 10 for Barcelona. 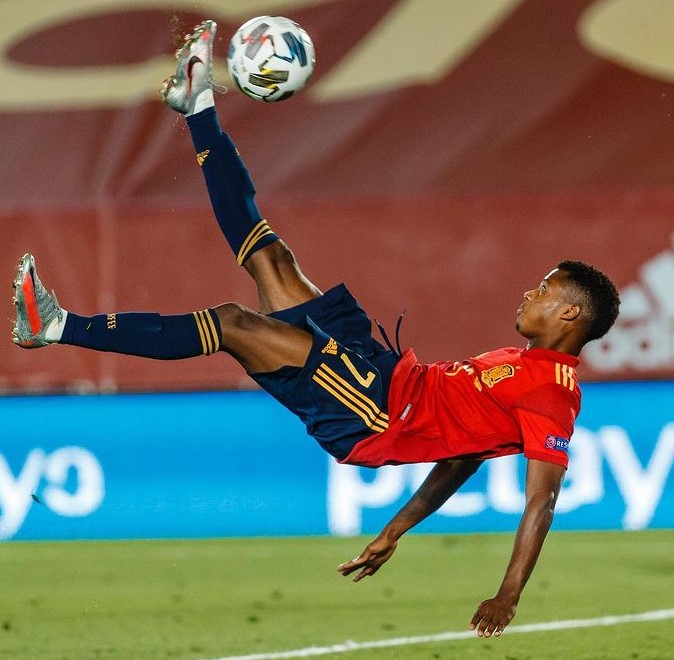 He made his full international debut for Spain against Germany and scored his first senior international goal against Ukraine in September 2020. He became Spain's youngest ever goalscorer at age 17 years and 311 days.