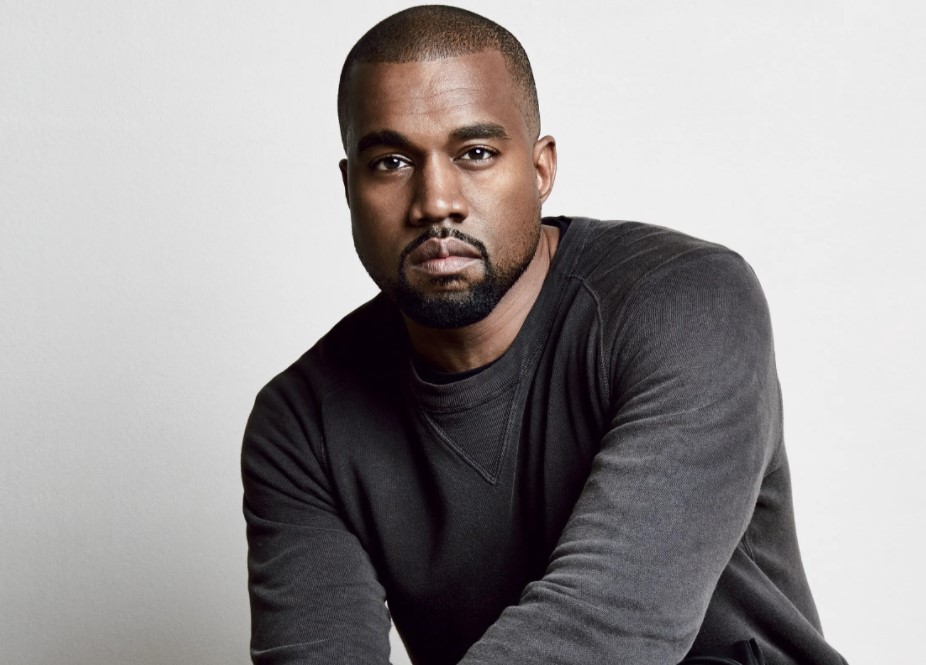 Twenty-Two-time Grammy Award winner Kanye West is an American rapper, singer, songwriter, record producer, businessman, and fashion designer. West is credited with the development of popular music, mainstream hip hop, and general popular culture in the 21st century. The Atlanta-native started his music career as a producer for Roc-A-Fella Records in the 2000s and produced several musical artists. He is often credited with revitalizing Jay-Z's career with his contributions to the rap mogul's influential 2001 album, The Blueprint. West later decided to pursue his own music career. He released his debut album, The College Dropout in 2004 and later went on to release nine more studio albums, as of 2021. He has also released two collaborative studio albums, one compilation album, two live albums, one video album, and four mixtapes. Here are some of the things you don't know about one of the most successful musical artists of all time, Kanye West. 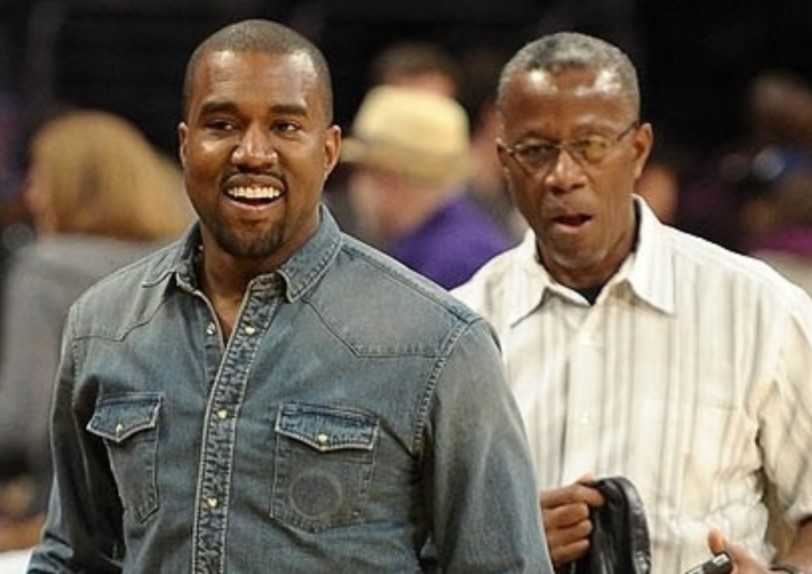 Kanye West's father, Ray West is a former Black Panther. Black Panther, originally the Black Panther Party for Self-Defense, was a Black Power political organization founded by college students Bobby Seale and Huey P. Newton in 1996. It started with a core practice of open carry armed citizens' patrols to monitor the behavior of officers of the Oakland Police Department and challenge police brutality in the city. They later became active on a variety of social programs. The Party instituted the Free Breakfast for Children Programs to address food injustice, and community health clinics for education and treatment of diseases including sickle cell anemia, tuberculosis, and later HIV/AIDS. The party was inactive after 1982. 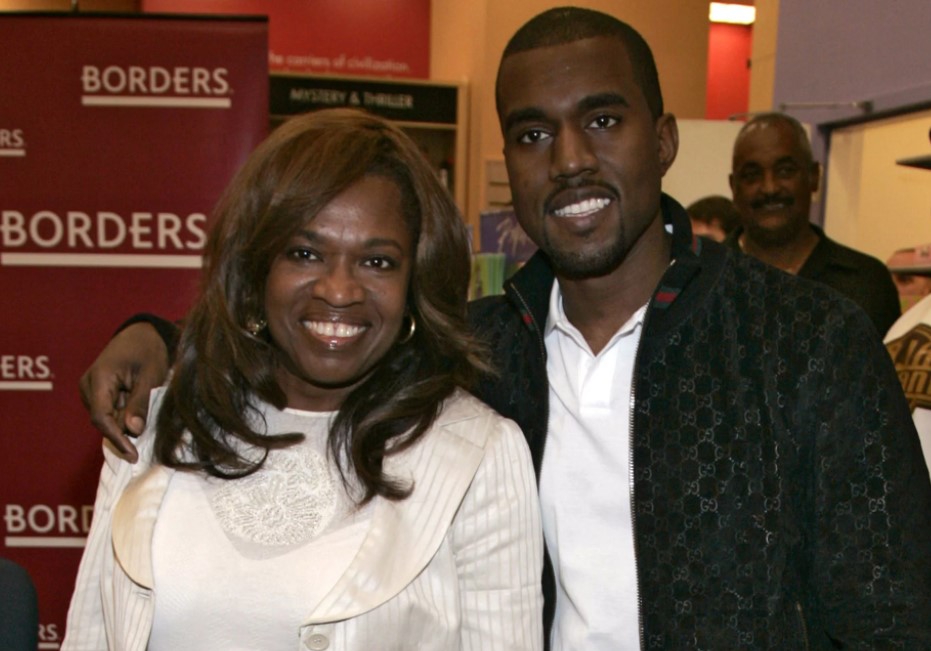 Kanye West lived in China for a while. His parents divorced when he was three years old. His mother, Dr. Donda C. West was a professor of English at Clark Atlanta University. When Kanye West was 10, he moved with his mother to China, where she was teaching at Nanjiang University as a Fulbright Scholar. West attended the local school where he was only the foreigner in his class. He quickly picked up the language. The West family later returned back to the States.

Kanye West Is A College Dropout

Kayne West is a college dropout. He started writing poetry when he was only five. He began rapping in the third grade. His passion for music continued to grow in the coming years. She began making musical compositions in the seventh grade. After graduating from high school, he received a scholarship to attend Chicago's American Academy of Art. He studied there for a while and transferred to Chicago State University to study English. However, his extreme passion for music led him to drop from college to pursue a music career. 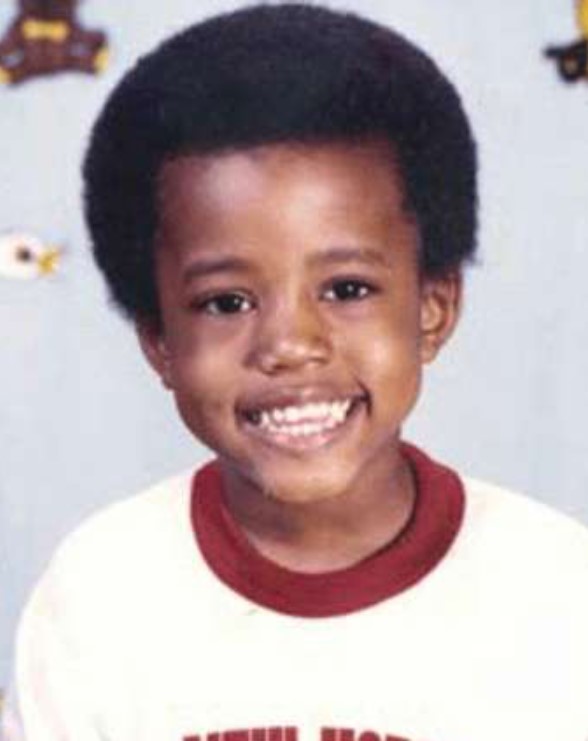 Eminem is the first act to have nine successive studio albums debut at number one on the Billboard 200. Kanye West is the only other act to achieve this feat. Except for his debut studio album which debuted at no. 2, all of his other 9 studio albums debuted at no. 1 and tying the record with Eminem. His Christian hip hop album, Jesus Is King, released in October 2019 is the first album to ever top the Billboard 200, Top R&B/Hip-Hop Albums, Top Rap Albums, Top Christian Albums, and Top Gospel Albums at the same time. He temporarily took residence in one of the locker rooms at Mercedes-Benz Stadium to work for his album, Donda. After his third listening party at Soldier Field Stadium, his album, Donda was released in August 2021. 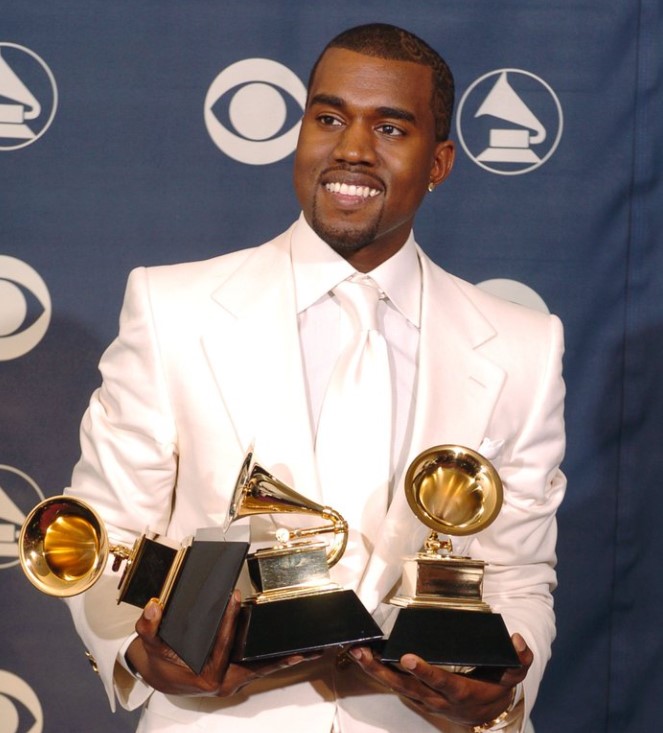 Kanye West Is One Of Very Few Black American Billionaires

Kanye West is one of very few American billionaires from the black community. He is one of the successful personalities who earned his fortune from his music as well as business ventures. He is one of the world's best-selling music artists, having sold over 160 million records worldwide. He founded the record label and production company, GOOD Music in 2004. He started the creative content company, DONDA in January 2012. He is a co-owner with various other music artists, in the music streaming service, Tidal. Alongside his music career, he is a successful fashion designer. He has collaborated with Nike, Louis Vuitton, and A.P.C. on both clothing and footwear. His Yeezy collaboration with Adidas since 2013 has added more wealth to his fortune. At present, his net worth is estimated at around $1.8 billion. However, several media outlets reported that his net worth to be $6.6 billion.

Kanye West is philanthropic. West, alongside his mother, Donda, founded the Kanye West Foundation in 2003. They started the foundation with a mission to battle dropout and illiteracy rates. They also partnered with community organizations to provide underprivileged youth access to music education. The foundation was rechristened "The Dr. Donda West Foundation" following the death of his mother in 2008. It later ceased operations in 2011.

Kanye West Made A Cameo Appearance In Anchorman 2: The Legend Continues

He also started the film production company, Half Beast LLC. 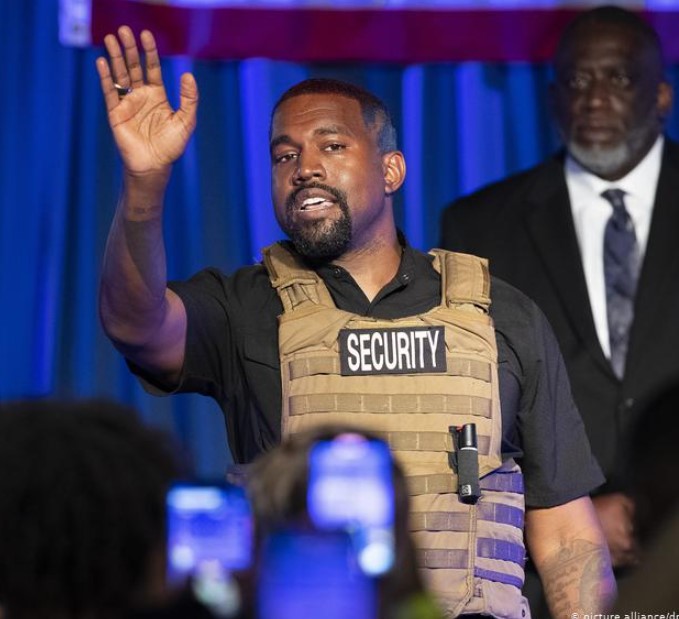 Kanye West Ran For The President Of The United States

Kanye West announced via Twitter in July 2020 that he would be running in the 2020 presidential election. He announced to run independently with his running mate  Wyoming preacher Michelle Tidball. He held his first rally on 18 June 2020. He has stated his intentions to run for president again in 2024. 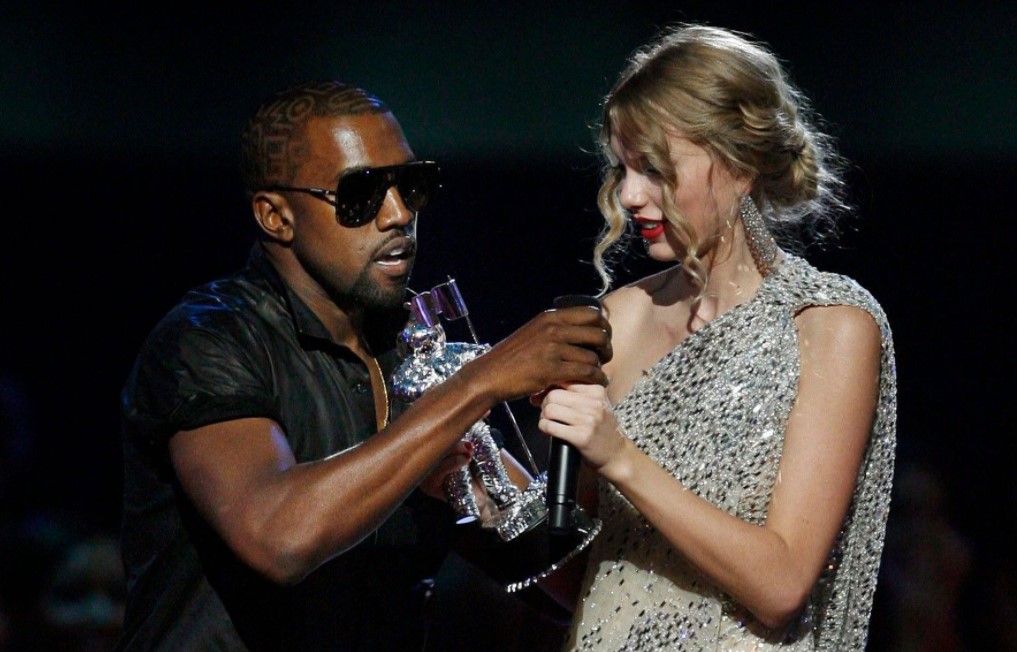 Kanye West Has A Series Of Awards Show Incidents

Kanye West has received criticism several times after his outburst of losing awards on several occasions. He stormed out of the auditorium after he lost the Best New Artist to Gretchen Wilson at the 2004 American Music Awards. He commented,  "I felt like I was definitely robbed [...] I was the best new artist this year." He lost the Best Video award to Justice and Simian at the 2006 MTV Europe Music Awards. He stormed onto the stage as awards were being presented to Justice and Simian and argued that he should have won the award instead. He commented that his race had something to do with his being overlooked for opening the 2007 MTV Video Music Awards in 2007. Taylor Swift was accepting her award for Best Female Video for "You Belong With Me" at the 2009 MTV Video Music Awards, West on stage and grabbed the microphone to proclaim that Beyonce's video for "Single Ladies (Put a Ring on It)" was better and best of all time.

Kanye West is known for his controversies when he takes the stage. He has received several criticisms for his actions. Music fans turned to Change.org around the globe to try to block West's participation at various events. Over 133,000 voters unsuccessfully petitioned West not to headline at the 2015 Glastonbury Festival. Over 50,000 Change.org users petitioned to remove West as a headliner at the closing ceremonies of the 2015 Pan American Games. He tossed his faulty microphone in the air and walked off the stage close to the end of his performance. 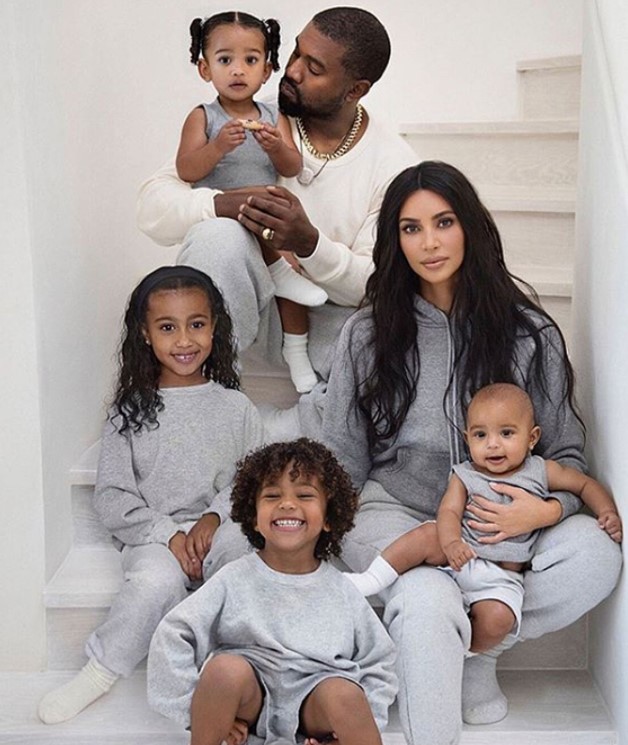 Kanye West Was Married to Kim Kardashian For Nearly 7 Years

Kanye West and Kim Kardashian were some of the high-profile celebrity couples in the industry. The start of their affair, wedding, and post-marital relationship was always the subject of media coverage. They started dating in 2012 and got engaged in October 2013. The following year on 24 May, they tied a knot to each other. They share four children together, Nori, Saint, Chicago, and Psalm. The latter two were born via surrogate. However, their relationship started to fail at some point. West revealed in 2020 that he previously wanted his first child aborted but Kardashians refused. He later stated that it might be the strong reason for Kardashian to end their marriage. Kardashian officially filed for divorce in February 2021.

Kanye West stated in a 2019 interview with David Letterman that he has bipolar disorder. He also stated that he often has suicidal ideation. He was committed to the UCLA Medical Center with hallucinations and paranoia in November 2016. He became addicted to opioids when they were prescribed to him after he got liposuction.

Popularity comes with a price. West is one of the most successful musical artists and everything he does becomes a center of attraction and a headline for tabloids. However, West's relationship with the paparazzi is bitter. He has faced several violent incidents with the paparazzi. After an altercation with a paparazzo at LA Airport in 2014, he was given two years of probation for misdemeanor battery conviction. He was also ordered to attend 24 anger management sessions, perform 250 hours of community service, and pay restitution to the photographer.