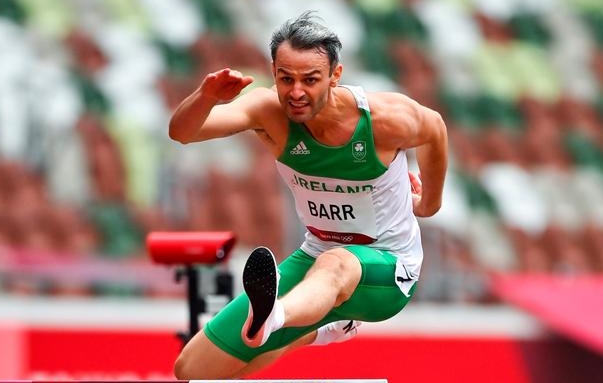 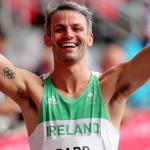 Thomas Barr is an Irish track and field athlete who competes in sprints and hurdles. He previously competed at the 2016 Rio Summer Olympics and finished fourth in the final breaking the Irish record with a time of 47.97. He performed well throughout the competition and continued to break the Irish records for the 400m hurdles with each game and did the best in his season. He has made Ireland very proud as he comes second in his heat of the men’s 400m hurdles at the 2021 Tokyo Olympic Games.

What is Thomas Barr Famous For?

Who are the Parents of Thomas Barr?

Thomas Barr took birth on 24 July 1992 which makes him the present age of 30 as of 2023. He is from Dunmore East in Waterford, Ireland. He holds Irish nationality and his ethnicity is Irish-White. He is the son of Tommy and Martina Barr. He is the younger brother of Irish Olympic track athlete Jessie Barr. He also has a sister Becky. He has faith in Christianity religion.

Regarding his education, he attended Killea boys primary school and De la Salle school, Waterford. Later, he went on to complete his Master’s Degree in Sports Performance at the University of Limerick.

Who is Thomas Barr's Girlfriend?

Thomas Barr is an unmarried man and he is single at present. Previously, he was in a relationship before the 2016 Rio Olympics. with his beautiful girlfriend, Kelly. His partner, Kelly is into meditation and mindfulness who always encourages Thomas to practice meditation. Sadly, the couple broke up before the Summer Games. At present, he prefers to stay quiet about his personal life, he did admit that the heartbreak was difficult for him and that he struggled with it in the run-up to the competition. He is focused on his career. His sexual orientation is straight. How much is Thomas Barr's Net Worth?

Thomas Barr is a track and field athlete whose net worth is estimated to have $1.5 million as of January 2023. His main source of wealth comes from his athletic career. He is making an annual salary of thousands of dollars from his professional career. He is living a cool lifestyle right now. Details about his property are still to get unfold yet. He owns a Skoda. He is also making a cool sum of money via sponsorship and endorsement deals. New Balance is his biggest sponsor.

How tall is Thomas Barr?

Thomas Barr is 1.83 m tall or 6 feet with a slim and athletic body type. His body weight measures 69 KG. Being an athlete, Thomas maintains his body a lot by doing frequent exercise. He has gray hair color with a pair of pale green eyes. He has got a healthy body with an attractive personality. He has a wide smile.

Trivias About Thomas Barr You Need To Know.

Where was Thomas Barr born?

Thomas Barr was born in Waterford.

Who is the father of Thomas Barr?

The father of Thomas Barr is Tommy Barr.

Who is the mother of Thomas Barr?

The mother of Thomas Barr is Martina Barr.

What is the net worth of Thomas Barr?

The net worth of Thomas Barr is $1.5 million.

What is the salary of Thomas Barr?

The salary of Thomas Barr is Thousand of Dollar.

What is the color of Thomas Barr's hair?

What is the color of Thomas Barr's eye?