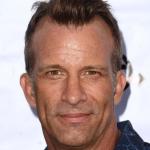 Thomas Jane is an American actor who is best known for his role as antihero Frank Castle in the vigilante action film, "The Punisher"(2004) alongside John Travolta. Having started his acting career with the Indian Telugu language film, "Padamati Sandhya Ragam"(1987), Jane has managed to establish himself in the world of movies with his acting skills.

Besides, Jane is quite active in social media sites with over 80.6k followers on Twitter: @ThomasJane and with over 44k followers on Instagram: @cardcarrying_thomasjane.

What is Thomas Jane Famous for?

Where was Thomas Jane Born?

Thomas Jane was born on February 22, 1969, in Baltimore, Maryland, United States. His birth name is Thomas Elliott III. His nationality is American. Jane belongs to mixed(Irish-Scottish-German) ethnicity and is of Native American descent while Pisces is his zodiac sign.

Thomas Jane was born as the son of Cynthia Jane(mother) and Thomas Elliott Jr.(father). His mother, Cynthia was an antique dealer while his father, Thomas Jr. was a genetic engineer. Born and raised in his hometown Maryland, Jane attended Thomas Sprigg Wootton High School but he soon got dropped out and moved to Los Angeles to pursue a career in acting.

As a struggling teenager in Los Angeles, he was initially homeless and lived out of his car, often performing some street performances to earn money for living. Jane also has admitted that he had experimented with youthful sexual experimentation even gay sex when he was in his struggling days back then. 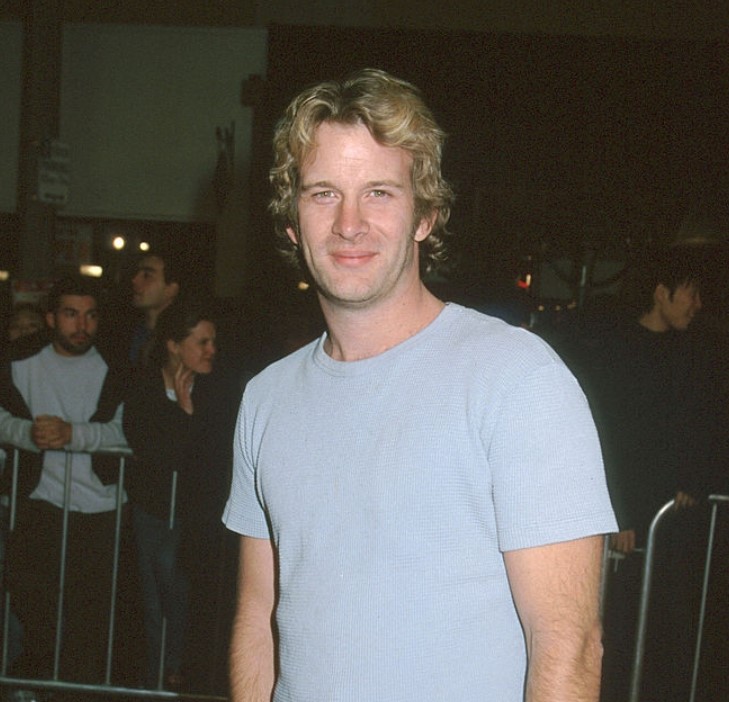 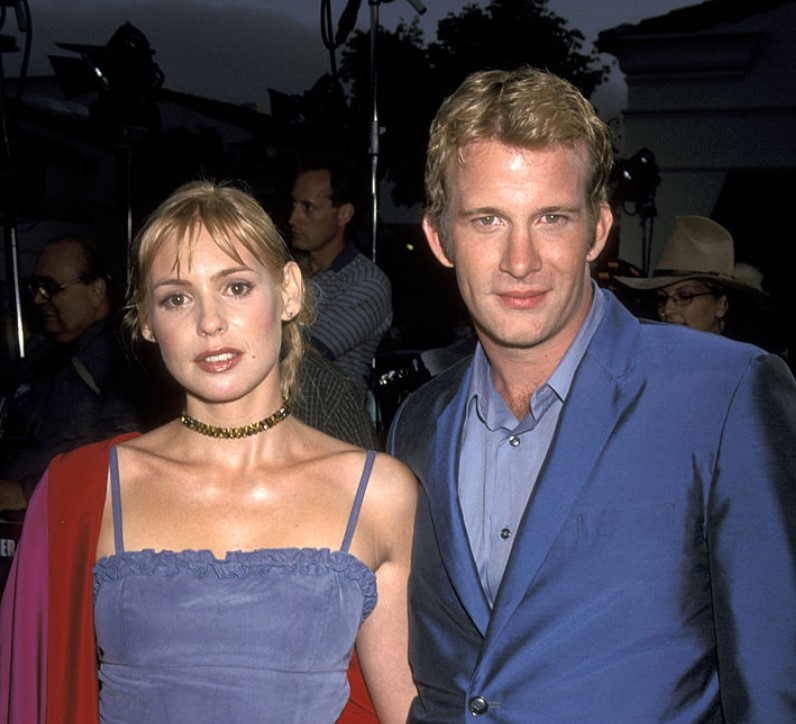 Who is Thomas Jane's Girlfriend?

Thomas Jane has been married twice to date. Previously, Jane was married to actress Aysha Hauer, who is well known as the daughter of Dutch actor and writer Rutger Hauer. Aysha and Thomas got married in 1989 and together starred in a number of movies until they got divorced in 1995.

Shortly after he began dating English-American actress, singer, and songwriter, Olivia Jane d'Abo, with whom he got engaged in 1998. They were engaged for just 3 years until they broke up in 2001. 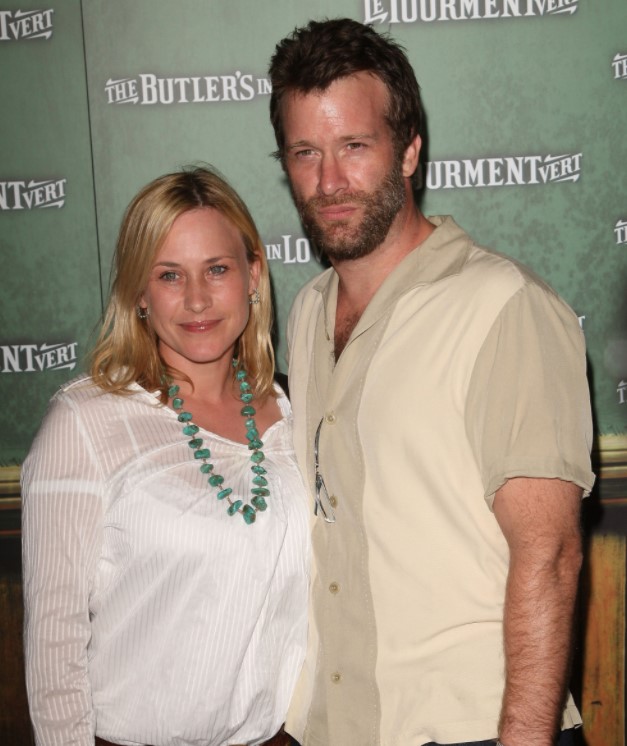 In 2001, the same year, he met Academy Award-winning actress Patricia Arquette through a common friend and got engaged in 2002. The couple together welcomed their daughter named Harlow Olivia Calliope on February 20, 2003.

Jane and Arquette subsequently got married on June 25, 2006, at the Palazzo Contarini del Bovolo in Venice, Italy. However, just after 3 years of their marriage, Arquette filed for divorce from Jane on the grounds of irreconcilable differences, in 2009, but the couple soon reconciled and Arquette requested to abandon the divorce petition on July 9, 2009.

It was not the end as on August 13, 2010, it was announced that they had decided to proceed with a divorce which was finalized on July 1, 2001, with joint custody of their daughter. 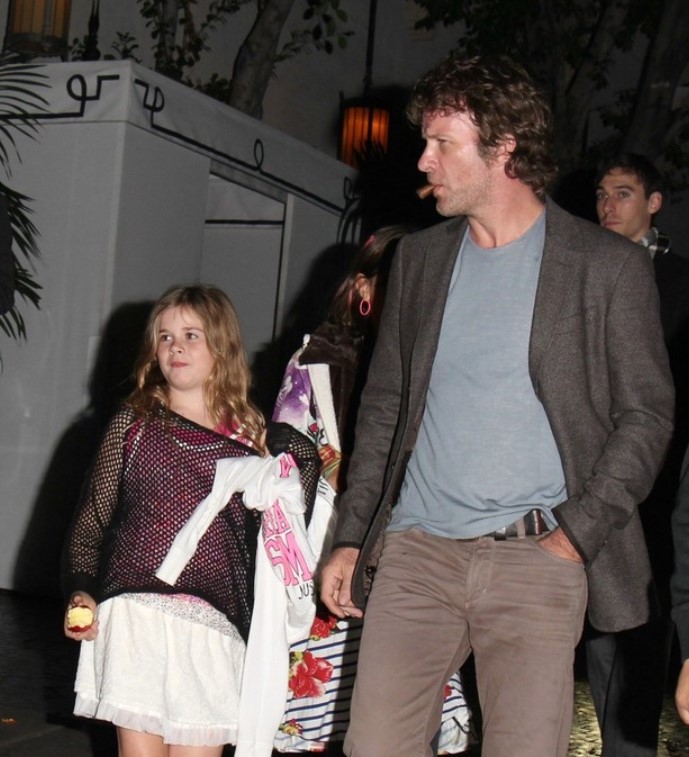 Currently, Jane is in a relationship with American actress, Anne Heche with whom he began dating since May 2019. Jane and Heche have already worked together several years while filming "Hung", however, they never had feelings for each other at that time. It was the period when Heche was dating actor James Tupper while Jane was married to actress Patricia Arquette.

After 7 years of no contact when they worked together on a scene where they had to discuss love, they talked for hours and hours through which their romance flourished. Heche and Jane were then spotted attending a Tribeca Film Festival event together in May 2019 holding hands and also in April at the Sarasota Film Festival when Heche was honored with a Career Tribute Award.

Showing some relationship goals, Jane tweeted about his girlfriend Heche who is about to participate in "Dancing With Stars".

Everything To Know About Anne Heche 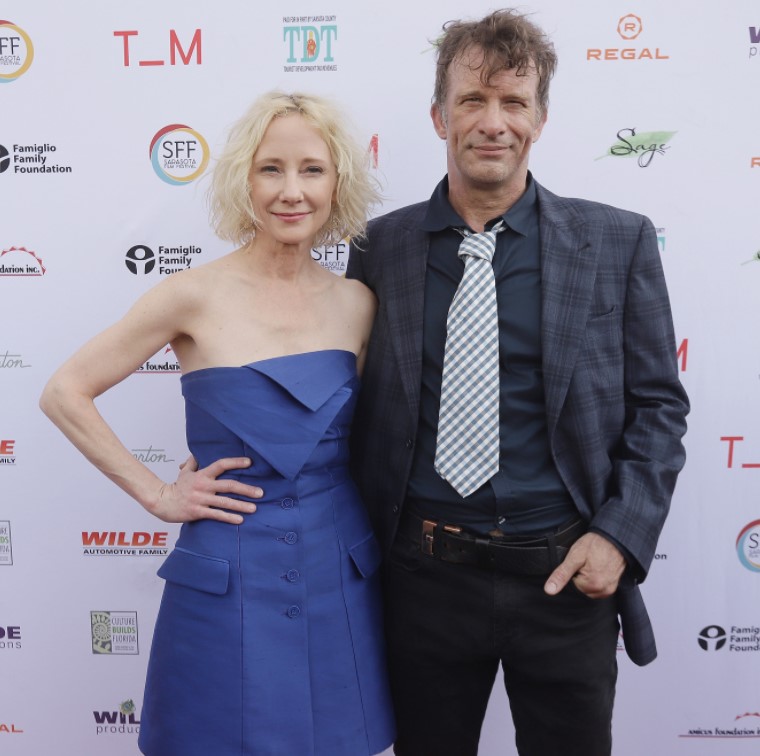 What is the Net Worth of Thomas Jane?

Thomas Jane has quite good earnings from his professional career as an actor and also as the founder of "RAW Studios". With his initial step of moving ahead in his career since an early age of 18, Jane has undoubtedly managed to amass a healthy fortune from his over 35 years long career. Including most of his incomes, Jane has a wealthy net worth which is estimated to be around $16 million.

How Tall is Thomas Jane?

Thomas Jane is a good-looking man with some muscular and daring gaze even though he is in his 70s. Jane has a well maintained athletic body physique with 42 inches as his chest size, 32 inches as his waist size, and 15 inches as his bicep size. Jane stands tall with a height of 5ft. 11inch.(1.78m) while his body weight is around 79kg(174 lbs).

He has a fair complexion with brown hair and hazel eyes.