Who is Eiza Gonzalez? 10 things you need to know about Timothee Chalamet Girlfriend 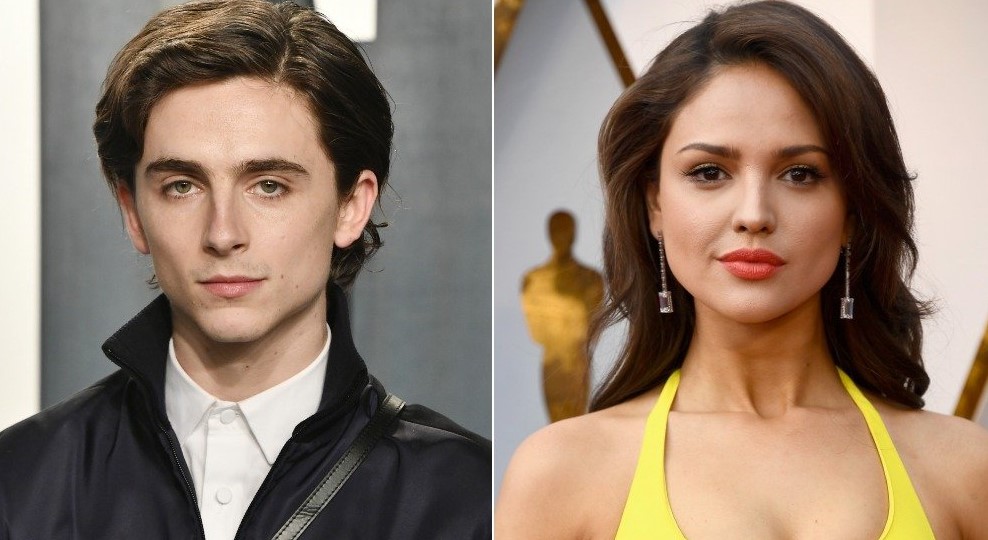 The world suffered enough due to the COVID-19 pandemic, taking over 450k lives across the world. The world is slowly returning to normal after the pandemic hit hart almost all over the world. Lives in several countries have started to get normal. On the bright side, many discovered their love in the midst of the pandemic. Many did not wait for the pandemic to be over to exchange their vows. And it seems like Hollywood has now discovered a new couple. The romance between the Beautiful Boy star, Timothee Chalamet, and the Bloodshot star Eiza Gonzalez has heated up the gossip town. Speculations of their romance surfaced after the two were seen together in a getaway with friends in Cabo San Lucas in Mexico. The 24-years old star Timothee was photographed kissing the 30-years old Gonzalez.

The couple reportedly flew there via private jet and stayed there at the Chileno Bay for five days, where they spent quality time at the luxury resort. It is not clear when they started seeing each other but by the looks of their getaway during the pandemic, they certainly have a thing that might go on for a while. Gonzalez previously dated Luke Bracey in late 2019.

On the other hand, Timothee previously dated Lily-Rose Depp for a year until their split in April 2020. They co-starred in the Netflix film, The King.

Who is Eiza Gonzalez?

Eiza Gonzalez is a Mexican actress who rose to prominence from the Mexican musical telenovela, Lola, erase una vez. Following her success, she moved to the United States to pursue Hollywood. Let's discuss some of the interesting facts about Eiza Gonzalez.

1. Her mother is a former Mexican model.

Eiza Gonzalez was born to Glenda Reyna. Her mother is a popular former Mexican model. 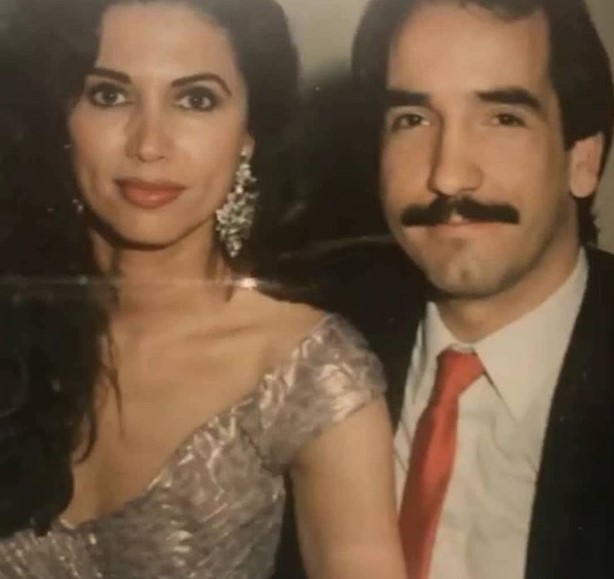 2. Her father died in a motorcycle accident.

Eiza Gonzalez lost her father, Carlos Gonzalez in a tragic motorcycle accident. She was only 12-years old when her father died. She cites her father's death as a strong influence in her career.

3. She got her breakthrough as a teen actress.

Eiza Gonzalez was only 16 when she landed her breakthrough role as the protagonist in the teen-orientated telenovela Lola, erase una vez.

Eiza Gonzalez made her acting debut in the film with the 2013 Mexican comedy-drama film, Casi 30. The film was directed by Alejandro Sugich and it premiered at several film festivals in Mexico in 2013. The movie premiered nationwide in August 2014.

She previously had a voice role in the 2008 computer-animated film, Horton Hears a Who!.

5. She rejected the lead role from Gossip Girl: Acapulco.

Eiza Gonzalez was offered the lead role of Sofia Lopez-Haro in the Mexican remake of the hit American tv series, Gossip Girl. However, she rejected the role due to her hectic filming schedule.

After gaining much success in the Mexican industry, Eiza Gonzalez moved to Los Angeles, California in the United States to pursue Hollywood in 2013. She previously came to the United States to attend a three-month acting course at the Lee Strasberg Theatre and Film Institute in 2008. She returned to Mexico after the course completion.

7. She was dropped from the film, All Hail the Squash Blossom Queen.

After moving to the United States, she landed the role of Brittany in the director Adrian Cervantes' film, All Hail the Squash Blossom Queen. However, she was later dropped from the project. She lost the role in the recast in 2015.

Eiza Gonzalez made her American television debut with the horror tv series, From Dusk till Dawn: The Series. She appeared as a Santanico Pandemonium in the series. It was her first English-speaking role.

She made her American film debut with the 2015 musical fantasy comedy-drama film, Jem and the Holograms.

9. She has already worked in the big-budget films in Hollywood.

She starred in one of the main roles as Madam M in The Fast and the Furious franchise spin-off film Hobbs & Shaw in 2019.

In 2020, she starred alongside Vin Diesel in the superhero film, Bloodshot.

10. She has released 2 studio albums.

Following her success in Lola, erase una vez, she ventured into music as well. She has released two Mexican albums, Contracorriente (2009), and Te Acordaras de Mi (2012).

11. She suffered from depression due to her father's death.

Eiza Gonzalez was only 12 when her father, Carlos Gonzalez died in a tragic bike accident. Her father's death hit her hard. She revealed in 2015 that she struggled with depression and compulsive overeating from age 15 to age 20 due to her father's death. 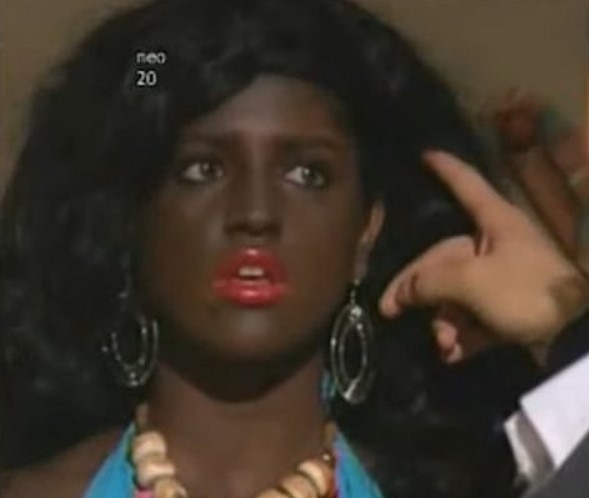 12. She faced criticism for her use of blackface in a telenovela.

Eiza Gonzalez faced criticism after the images of her wearing blackface surfaced in social media in 2020. The photo was from her early career while working for Mexican telenovela, Lola, erase una vez. She apologized, "I am deeply sorry and ashamed about having worn blackface makeup shown in the images circulating," she said. "As a 15-year-old child actor on my first job in a Mexican telenovela, I was pressured against my will, and with no negotiating power, I could not advocate for myself in the situation. I wish I had the voice and knowledge then that I have now."

Her yellowface photos were also circulated over social media. For which she gave a statement, "The other image in question is from a trip I took to Japan. According to my host, it is considered an intercultural exchange to dress up in their traditional clothing and makeup. It is seen as an appreciation of their culture, however, I understand that out of context, this calls for a dialogue about contemporary cultural appropriation."

13. She said she has faced racism throughout her life.

As she is a Mexican immigrant working in Hollywood, she claimed that she has faced racism throughout her life and career. While addressing the criticism she received for wearing blackface, she also spoke about the racism she has faced. She stated, "As a Mexican woman and an immigrant, I have faced racism and ignorance throughout my life and career. I would never intentionally participate in anything that I knew would cause harm or distress to another person. More than gestures of apology, it is my responsibility to educate myself and use my voice to stand up for others. And again I deeply apologize for hurting anyone." 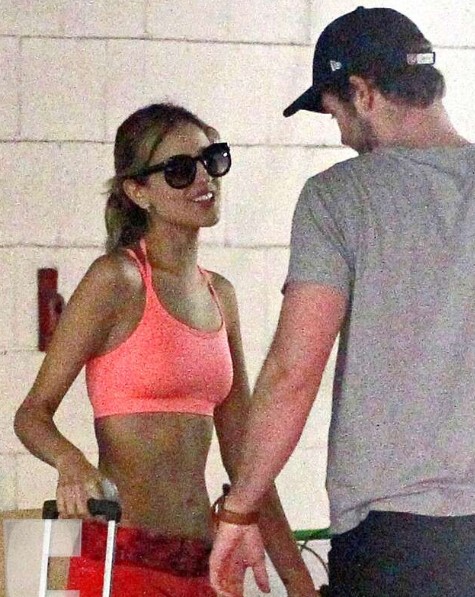 Eiza Gonzalez dated actor Liam Hemsworth in 2013. Liam had split with Miley Cyrus after dating for 5 years. However, Gonzalez-Hemsworth's relation did not last long. Hemsworth rekindled with Cyrus and they wed. They divorced in 2019.

10 Things you need to know about Lizzo, American Singer and Rapper