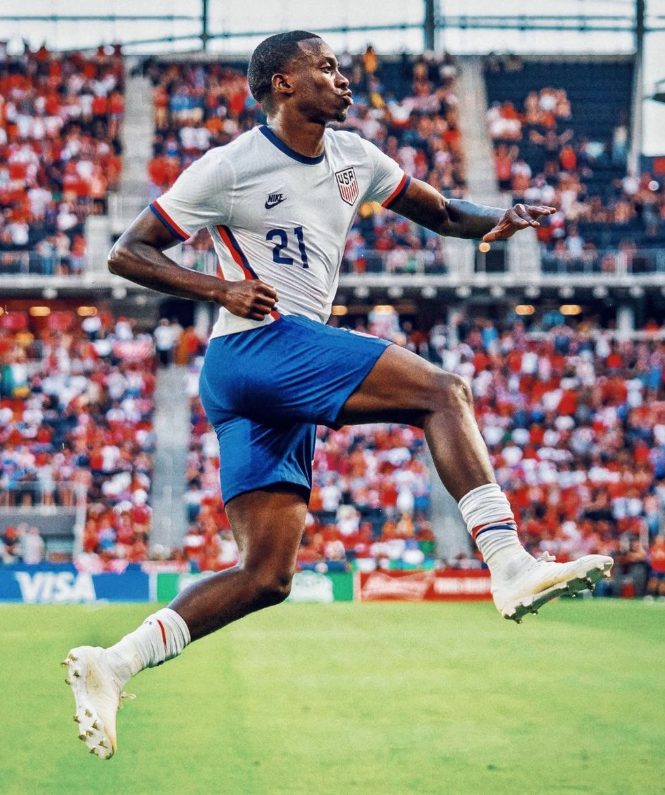 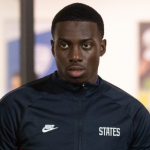 Timothy Tarpeh Weah is an American professional soccer player who is excellently known as Timothy Weah. He gained fame for playing as a winger for Ligue 1 club Lille and the United States national team. His jersey number is 22. He is also known for having been a part of both the under-17 national team and the United States national team where he first began playing in 2018. He was taught soccer by his father and played soccer while in Florida for West Pines United. He started playing recreationally in the West Pines United F.C. in Florida and then began playing for the New York Red Bulls Academy in 2013. In 2014, Weah relocated to France so he could play a part in the Paris Saint-Germain Academy. He was also selected to represent the United States at the 2017 FIFA Under-17 World Cup in India. Moreover, Timothy scored the United States' opening goal of the 2022 World Cup tournament in Qatar in a 1-1 draw against Wales.

Where is Timothy Weahs from?

Timothy Weah stepped for the very first time into the world on 22nd February 2000 in Brooklyn, New York, United States. He was born with the real name of Timothy Tarpeh Weah in a Christian religious family. His nationality is American and he came from African-American ethnic background. Timothy celebrated his 22nd birthday in 2022 and as per his birthdate, his zodiac sign is Pisces. Thus, his race is black. His father, George Manneh Oppong Weah, and his mother, Clar Weah is a Jamaican businesswoman, philanthropist, advocate, and the current First Lady of the Republic of Liberia. He has two older siblings, George Jr., and Tita.

Who did Timothy Weah play for?

Timothy Weah started his football career by joining the Rosedale Soccer Club in Queens, New York after which he played three seasons with BW Gottschee and transferred to the New York Red Bulls Academy in 2013.

He then relocated to France in 2014 to join the Paris Saint-Germain Academy and in his first start with the academy team, Timothy scored a hat-trick in an 8-1 victory for PSG over Bulgarian side Ludogorets Razgrad in the UEFA Youth League.

Who is Timothy Weah's Girlfriend?

Timothy Weah does not seem to have a girlfriend at the moment. However, there is no evidence to support or refute the possibility that he has a girlfriend. It is only a matter of time until he reveals any facts or clues about his relationship status and we will update you as soon as he does. So as of now, we can surely assume that Weah is currently living life. Furthermore, talking about his sexual orientation, he is straight.

How much is Timothy Weah's Net Worth?

Timothy Weah is merely twenty-two years of age and already is on his way to making a Big name in football. He has a net worth of $1.5 million as of 2022 and he also earns a fine amount of salary which is around £468,000 per year. With his calm and easy-going personality, he is expected to get more popular in the coming years. His current market value is €12.00m whereas his highest market value was €15.00m as of 16th December 2021. Besides, his major source of income is his football career.

Timothy Weah has got an unconventional good look and raw appeal about him. He stands a tall height of 6 ft 0 in (1.83 m) with a balanced body weight of 168 lb / 76 kg. He has dark brown eyes and black hair color. In addition, his body build type is athletic and he has kept his body maintained as a footballer.

Trivias About Timothy Weah You Need To Know.

Where was Timothy Weah born?

Who is the father of Timothy Weah?

The father of Timothy Weah is George Manneh Oppong Weah.

Who is the mother of Timothy Weah?

The mother of Timothy Weah is Clar Weah.

What is the net worth of Timothy Weah?

The net worth of Timothy Weah is $1.5 million.

What is the salary of Timothy Weah?

What is the color of Timothy Weah's hair?

What is the color of Timothy Weah's eye?