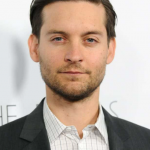 An American actor, producer, director, and voiceover artist is named for Tobey Maguire. He rose to fame after his role as Peter Parker / Spider-Man in Sam Raimi's "Spider-Man" trilogy (2002-2007). He firstly appeared in the adventure comedy-drama movie called "The Wizard" (1989) for his role as Goon, though, he was not credited for it. His first credited role was, however, in the movie "This Boy's Life" in 1993 as Chuck Bolger. He made his theatrical film debut by providing vocals to the character of Lou the Beagle in the 2001 spy action-comedy film, "Cats & Dogs" as a voiceover artist. His first television appearance was in the TV film "Rodney Dangerfield: Opening Night At Rodney's Place" (1989) as "Boy No. 3." His debut TV show appearance was in 1990 in the situation comedy "1st & Ten". He is a dedicated PETA contributor and was named as the World's Sexiest Vegetarian in the year 2002 by the same organization. He had been initially cast as Alex Chance Browning in the supernatural thriller film, "Final Destination" (2000). Moreover, he was also chosen to play the role of Will Turner in the movie, "Pirates of the Caribbean: The Curse of the Black Pearl" (2003). His other major films include Pleasantville (1998), Ride with the Devil (1999), The Cider House Rules (1999), Wonder Boys (2000), Seabiscuit (2003), The Good German (2006), Brothers (2009), and The Great Gatsby (2013). He was nominated for the Screen Actors Guild and Golden Globe Awards and received two Saturn Awards, including one for Best Actor. As a film producer, he established his own production company in 2012 called Material Pictures, and co-produced "Good People" that same year. In the year 2014, he produced and starred as Bobby Fischer in "Pawn Sacrifice".

obey Maguire and Andrew Garfield are back for Spider-Man 3 which oddly enough is teased by Paramount. Paramount Network Spain posted the following tweet that offers (translated): "Marvel gives you his Christmas gift. It is a box that, if you open it, all three appear Spider-Man of the 21st century in the same film." This is the second time that a Spider-Man 3 "Spider-Verse" has been teased by a foreign media source, as Sony Channel Latinoamérica previously posted a video teasing Spider-Man 3. It almost seems as if "everyone" knows that Spider-Man 3 will be a Spider-Verse Multiverse flick featuring Tobey Maguire and Andrew Garfield, just that it hasn't been announced, which, if the above tweet is anything to go by, maybe a big announcement will come on Christmas Day. 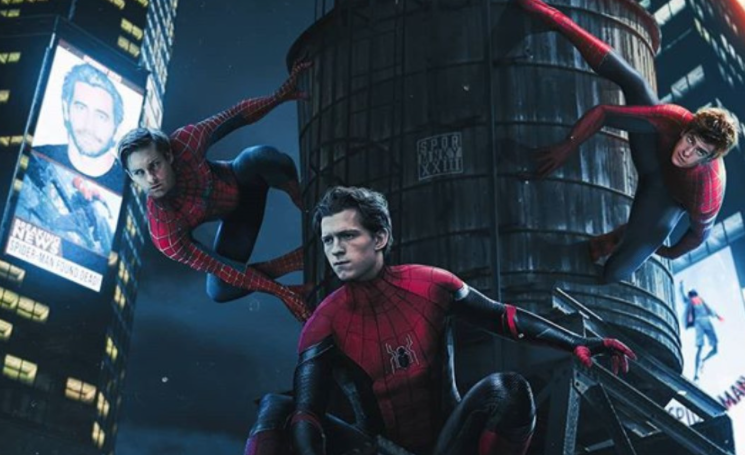 What is the Birthplace of Tobey Maguire?

On 27th June 1975, Tobey Maguire was born with the birth name/full name of Tobias Vincent Maguire. As of 2020, he celebrated his 45th birthday. His place of birth is in Santa Monica, California, U.S. He holds an American nationality and his ethnic background is American-White. His race is White. He is Judaism by religion and his Zodiac sign is Cancer. He was born to his parents; Wendy (father) and Vincent (mother). When he was only two, his parents split and he spent his childhood with his family members. His father is of Austrian, Irish, Puerto Rican, French, German, and Danish descent while his mother is of English descent. Starting his early days, his idea to become a chef came up when he was in the sixth grade. Whereas his mother offered him to take a drama class. Later, he later dropped out of high school and began his acting career. He then gained his GED by 2000 stating that during his school days, "I was not doing school; I was showing up, but... not really giving myself."

How was the acting career of Tobey Maguire?

Awards and Achievements of Tobey Maguire

Who is Tobey Maguire married to?

Regarding the marital status of Tobey Maguire, he was a married man whereas he is currently in a relationship after having a divorce from Jennifer Meyer. He is dating Tatiana Dieteman as of now. The duo was seen together for the first time in early 2018. They are even seen together on many outings together. The couple is enjoying their present life happily without any disturbances. His sexual orientation is straight and he is not gay. 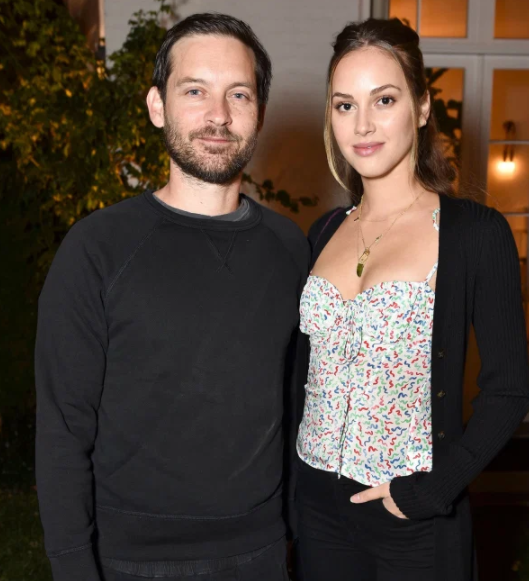 Back then, he dated Sara Gilbert for three years from the year 1993. After that, he began his affairs with Rashida Joes, an actress from 1997 until 2000. In 2001, there was a rumor about his relationship with Kristen Dunst whereas with Demi Moore in 2002. In the year 2003, he started his affairs with Jennifer Meyer. He came in contact with her in 2003 at Universal Studios during the shooting for the movie "Seabiscuit". By profession, Jennifer Meyer is a jewelry designer. The couple then engaged in 2006. The duo also had a daughter named 'Ruby Sweetheart Maguire' on 10th November 2006. Jennifer and Tobey married on 3rd September 2007. Their ceremony took place in Kona, Hawaii. Again, the duo was blessed with another kid, a boy named Otis Tobias Maguire. After the long duration of their marriage for nine years, the couple split. Jennifer filed for divorce in October 2020. 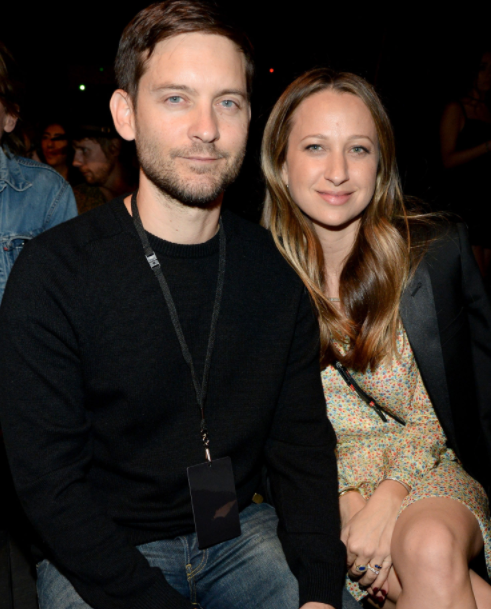 What is the Net Worth of Tobey Maguire?

Tobey Maguire is a famous actor and film producer whose net worth is estimated to have $75 Million as of 2020 whereas his exact salary is still a mystery as it has not been revealed yet. His major source of income comes from his acting career and he is satisfied with his earnings. He earned $26 million for working in the first two Spider-Man movies. He bought a mansion in Beverly Hills worth $3.5 million with the earnings from the first Spider-Man released in 2002. He has also appeared in many commercials and brand endorsements. His very first commercial was for "Doritos" when he was in eighth grade. After that, he was seen in other TV commercials such as McDonald's, Antari Lynx. Similarly, he appeared in a "Stand Up To Cancer Dot Org" commercial alongside Keanu Reeves, Morgan Freeman, and Sidney Poitier. He took up tournament poker in 2004. He can be seen on ESPN's coverage of 2005, 2006, and 2007 World Series of Poker Main Event Championship. He received negative press coverage for reportedly demanding Bloom "bark like a seal" for a $1,000 poker chip after a tournament he almost lost. As of today, he is living a luxurious lifestyle.

How tall is Tobey Maguire?

Tobey Maguire is a very handsome man who stands tall at the height of 5 ft 8 in or 173 cm. his balanced weight consists of 71 Kg or 155 lbs. He has been a vegetarian since 1992; in 2009, he became a vegan. He has made changes in his diet to either gain or lose weight for movie roles: he dramatically decreased his calorie intake for Seabiscuit, followed by a rapid increase to regain weight for Spider-Man 2. He has been sober since the age of 19 after experiencing "some difficulty" with alcohol in his late teens. He has a pair of blue eyes color and his hair color is dark brown. His shoe size is 9 US. Overall, he has got a healthy body with a charming personality. He has struggled with acrophobia i.e. fear of heights.