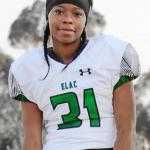 Antoinette Harris, professionally known by the name Toni Harris is an American football player. She rose to national prominence after she became the first woman to receive a college football scholarship. An NAIA school in Kansas, Bethany College, offered her a scholarship at a skilled position earlier in January 2018. She is also the only second female non-kicker to make it to a four-year college roster. She currently plays free safety(defensive back) for East Los Angeles Community College. She has a dream of becoming the first female to play in the NFL.

She has garnered over 14.7k followers on her Instagram.

Playing in the NFL is one of Toni Harris' biggest dream of her life. The 22-years old Harris has been climbing the ladder of success one after another. Earlier in 2018, she became the first American footballer to receive a college football scholarship after Bethany College, an NAIA school in Kansas offered her a college scholarship. She also received interests from other colleges as well. 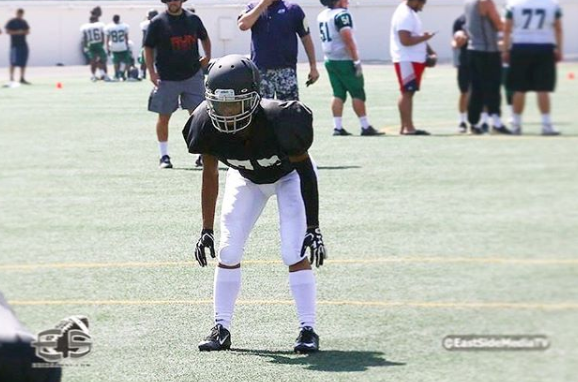 What college does Toni Harris go to?

Toni Harris was born in 1997. Her birth name is Antoinette Harris. Her birth nation is in the United States. She holds American nationality. She belongs to African-American ethnicity. Information about her parents and siblings are currently unavailable. Her zodiac sign in Sagittarius. She was interested in playing football since childhood. She attends East Los Angeles Community College. She made headlines when Bethany College from Kansas offered her a scholarship.

She was featured in Toyota's RAV4 Hybrid Super Bowl Commercials in 2019.

How big is Toni Harris?

Toni Harris stands at a height of 5 feet and 6 inches tall. She has a balanced bodyweight of 135 lbs. As a football player, she has an athletic body build. She has maintained her body well. Other body measurements, and eye color, hair color will be updated soon.

The young Toni Harris is unmarried. She is focusing on completing her education and achieving success in her career. She might be single or dating someone. No rumors regarding her affairs have surfaced yet.

The net worth of an aspiring female footballer is currently unavailable. However, she has gained attention as a successful female footballer. Thus, she is earning playing football. As of now, American football is her main source of income.