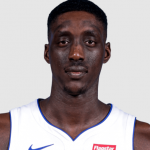 Nickname by 'Silent Assassin', Tony Snell is an American professional basketball athlete of the National Basketball Association (NBA) who is playing for the current team, Atlanta Hawks. His playing position is Small forward / Shooting guard and his shirt number/jersey is 19 for Atlanta Hawks. He played college basketball for the New Mexico Lobos from the year 2010 to 2013. He was drafted with the 20th overall pick in the 2013 NBA draft by the Chicago Bulls. After then. he played for various famous teams such as Chicago Bulls (2013-2016), Milwaukee Bucks (2016-2019), Detroit Pistons (2019-2020), and Atlanta Hawks (2020-Present). 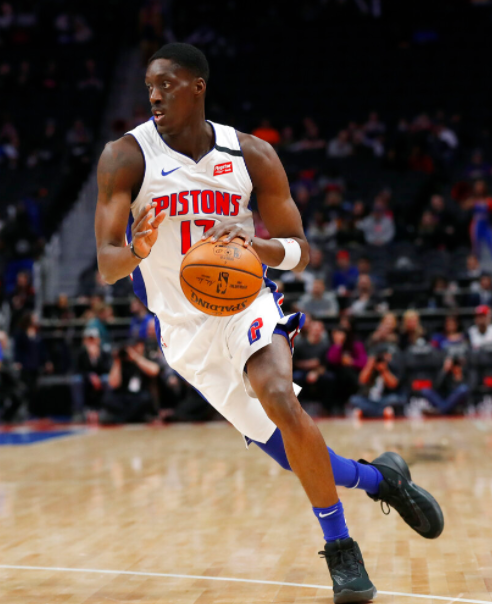 Where is Tony Snell From?

Tony Snell was born with the real name of Tony Rena Snell Jr. on 10th November 1991. He was born in the low-income Watts neighborhood of Los Angeles, California, the USA. He holds American nationality and his ethnic background is African-American. His race is Black. As of 2020, he celebrated his 29th birthday with his parents. His Zodiac sign is Scorpio and his religion is Christian. About his parents, he has a small family. He was raised by his mother, Sherika Brown. Also, he has a sibling; a little sister, Tonyecia. His mother used to work in places like JCPenney, Walmart, and a security guard to raise her two children. Tony started playing basketball because of his mother since she was also very concerned about his future. Snell's basketball idol is Jordan. As Tony had dark skin and a headband, just like Jordan, people often called him Baby Jordan.

Everything You Need To Know About Michael Jordan

About his educational qualification, Tony attended Martin Luther King High School in 2008-2009 in Riverside, California. After that, he moved to Westwind Academy in Phoenix, Arizona in 2009 where he averaged 19.5 points, 10 rebounds, 8.8 assists, 2.7 steals, and 1.8 blocks. He played college basketball for the New Mexico Lobos (2010-2013).

How was the Basketball Career of Tony Snell? 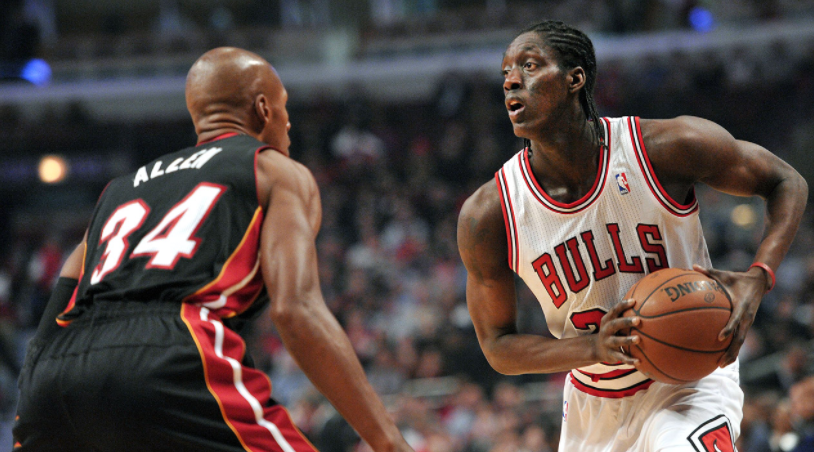 Who is Tony Snell married to?

As per Tony Snell's marital status, he is a married man. He tied the knot to his beautiful wife, Ashley Snell who is his longtime girlfriend. The duo is also blessed with a kid. As of today, the couple is enjoying their present life a lot without any disturbances. Their bond is going stronger with the passage of time and they are enjoying their life a lot. His sexual orientation is straight and he is not gay. 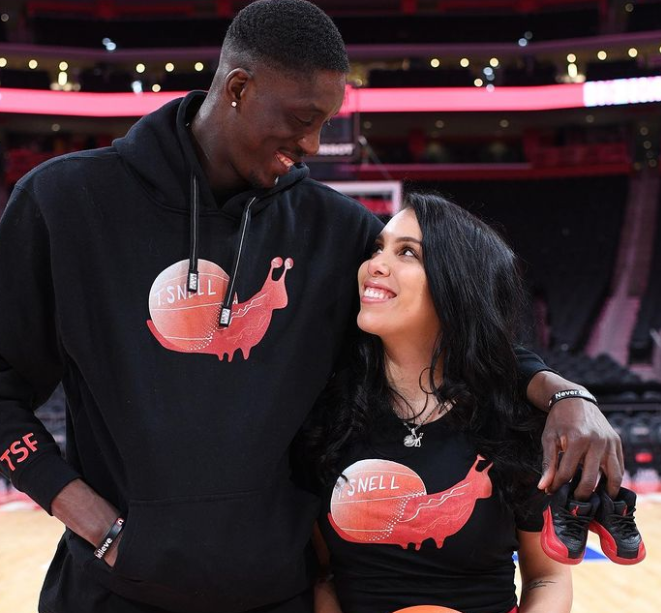 How much is Tony Snell Worth?

Tony Snell is a talented and successful professional basketball player who is currently playing for the team, Atlanta Hawks of the National Basketball Association (NBA). As of 2021, the net worth of Tony Snell is estimated to have $48 Million. His major source of wealth comes from his basketball career and he is satisfied with his earnings. His previous contract deals, his salary while playing for the Chicago Bulls during 2013-2014 was $1.4 million. His salary was around $1.47 million for the 2014-2015 season and later in the 2015-2016 season, his salary was $1.5 Million. Playing for the Milwaukee Bucks, Snell signed a four-year contract of $44 million, which increased to $46 million later.

How tall is Tony Snell?

Tony Snell is a very handsome man who stands tall at the perfect height of 6 ft 6 in or 1.98 m with a balanced weight of 213 lb or 97 Kg. His body build is athletic. His hair color is black color and he has a pair of dark brown eyes. He maintained his body a lot by doing frequent exercises. Overall, he has got a healthy body.

Trivias About Tony Snell You Need To Know.