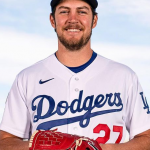 Trevor Bauer is an American professional baseball pitcher who is playing for the current team, the Los Angeles Dodgers of Major League Baseball (MLB). Previously, he has played for the teams; Arizona Diamondbacks, Cleveland Indians, and Cincinnati Reds. Initially, the Diamondbacks selected him third overall at the 2011 MLB Draft, and he made his major league debut the following June, the first member of his draft class to reach the majors. He was considered the top pitching prospect before he made his MLB debut in 2012. He struggled during the 2019 season, both with Cleveland and with Cincinnati, but followed this effort with his first Cy Young Award during the 60-game 2020 MLB season. As he became a free agent after the 2020 season, he chose to sign a three-year contract with the Dodgers that February. He led the league in both strikeouts and innings pitched by July 2, when MLB placed Bauer on administrative leave while they investigated assault allegations made against him. Bauer has been accused of sexual assault by a 27-year-old California woman. She obtained a temporary ex parte restraining order in Los Angeles County court against Bauer.

Trevor Bauer is denying allegations made against him years ago by an Ohio woman. He is currently on administrative leave imposed by Major League Baseball following allegations of assault against a woman in California. He called the report "a salacious story disseminating defamatory statements, false information, and baseless allegations." The Washington Post report details allegations from an Ohio woman that, on more than one occasion, Bauer assaulted her during sex by choking and punching her. The Post did not identify the woman, citing its policy against naming alleged victims of domestic violence unless they ask to be identified. The allegations are similar to those made against Bauer by a California woman in June. The Ohio woman claimed in 2017 and again in 2018, Bauer assaulted her without her consent during sex, according to the Post, which was provided with photographs of injuries to the woman's face. The Post also viewed messages Bauer allegedly sent to the woman, ranging from threats of revealing private video to physical violence. In a statement shared by Kendra Barkoff Lamy, a spokeswoman for the Ohio woman, Darwal is quoted as saying, "MLB should be applauded for their handling of this. Although they could not have known of our client's story prior to the tragic events in California, their approach is both thorough and respectful. Our client is currently assisting the MLB in this investigation." A hearing is scheduled Monday morning in Los Angeles County Superior Court as Bauer's California accuser seeks a restraining order against him. A temporary ex parte restraining order against Bauer was put in place on July 2. The Pasadena Police Department tells CNN its criminal investigation of Bauer remains active.

Why is Trevor Bauer So Famous? 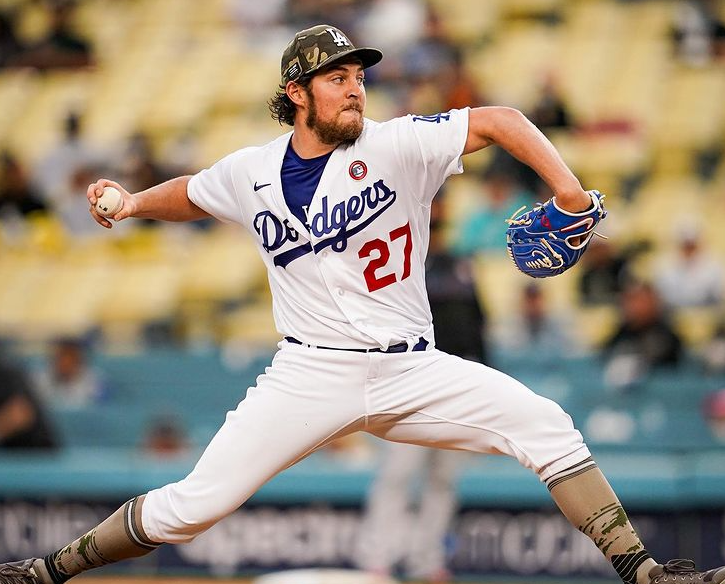 Where is Trevor Bauer from?

Trevor Bauer was born on January 17, 1991. His birthplace is in Los Angeles, California, the USA. He was given the birth name of Trevor Andrew Bauer by his parents; his father, Warren, and his mother, Kathy. He holds American nationality and his ethnic background is American-White. His race is White. From a young age, Bauer was fascinated by baseball pitchers like Tom Glavine, Greg Maddux, and John Smoltz. His parents paid for pitching lessons from a private coach, and in his free time, he would practice pitching against the fence of a local tennis court. Capricorn is his Zodiac sign and he follows the Christianity religion. His present age is 30 as of 2021. 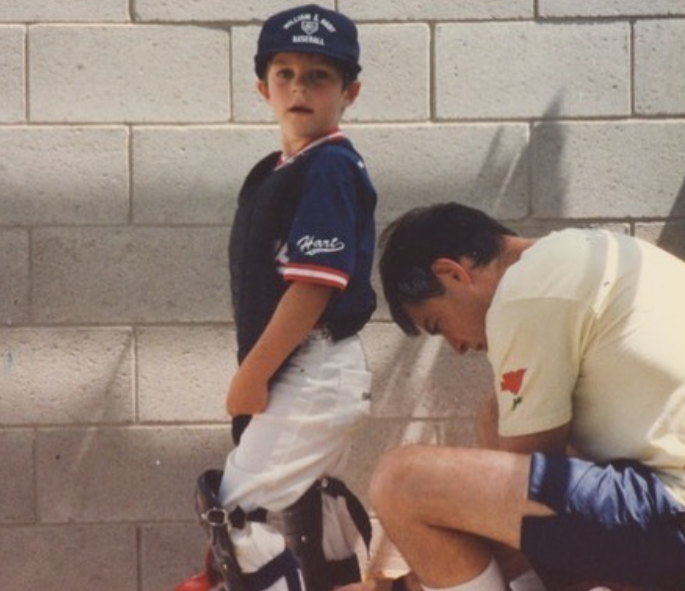 About his education, Trevor attended Hart High School in Santa Clarita. He spent the summers at a baseball camp in Texas. He posted a 12-0 win-loss record with a 0.79 earned run average (ERA), and his fastball reached speeds of up to 92 mph (148 km/h) during his junior year in 2008. After his graduation from high school, he attended the University of California, Los Angeles to study mechanical engineering. There, he joined the UCLA Bruins baseball team. At the end of his freshman season in 2009, Bauer led the team with nine wins, a 2.99 ERA, 105+1⁄3 innings pitched, and was named the Pac-10 Conference Baseball Newcomer of the Year. He set a number of UCLA records as a junior in 2011. With his outstanding performance, he was named the Pac-10 Pitcher of the Year, All-Pac-10 First Team, Collegiate Baseball Newspaper’s National Player of the Year, District IX Player of the Year by National Collegiate Baseball Writers Association, and College Player of the Year by Baseball America. In addition, he has also received the prestigious Golden Spikes Award in 2011 that is presented to the top amateur baseball player in the USA by USA Baseball. 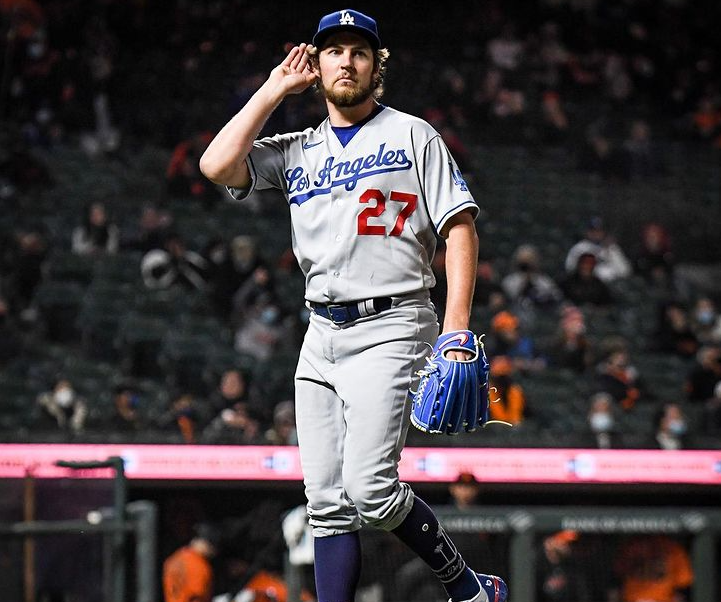 Who is Trevor Bauer Dating?

Trevor Bauer is an unmarried man. As of today, he is assumed to be single as there is no news and rumors about him dating anyone or having a girlfriend. He likes to keep things private when it comes to his personal life. He is currently busy and focusing on his baseball career rather than spending his valuable time making a girlfriend. However, he has a long list of young and beautiful female fans who are wishing to date him. Previously, he was rumored to be having an affair with Rachel Luba. At present, he is enjoying his life a lot being single. His sexual orientation is straight and he is no gay.

Bauer launched a charity campaign called "69 Days of Giving" in 2018, where he promised to donate an exact amount of $420.69 USD to 68 charities selected by his fans. The final charity, decided by Bauer, would receive a donation of $69,420.69 USD. The campaign ended on June 5, 2018, with Max S. Hayes High School in Cleveland, Ohio receiving the final donation. He also chose his donation amounts based on the connotations around the numbers 420, typically associated with cannabis culture, and 69, an oral sex position. 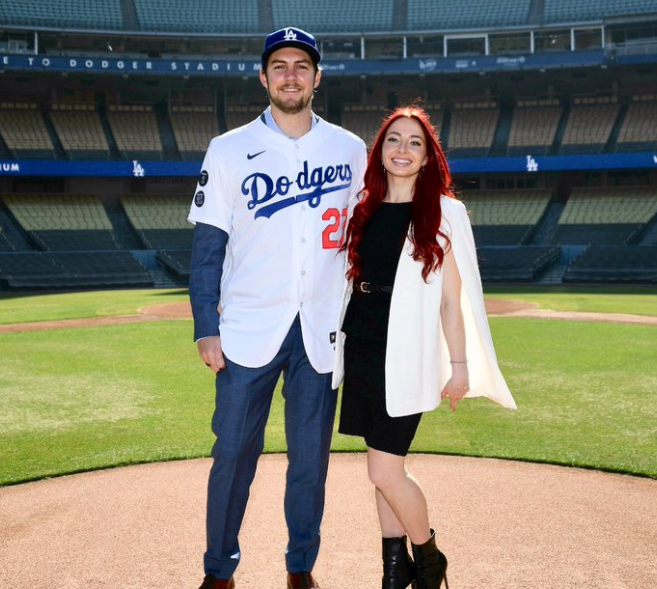 How much is Trevor Bauer Net Worth?

How tall is Trevor Bauer?

Trevor Bauer is a handsome man with a tall height of 1.85 m. His balanced and well-maintained body weight consists of 86 KG. His eye color is pale green and his hair color is dark brown. body type is athletic. Whereas his other body measurements such as chest size, waist size, and more are unavailable at a moment. Overall, he has got a healthy body at present.

Trivias About Trevor Bauer You Need To Know.