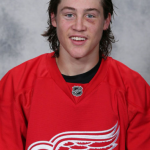 Tyler Bertuzzi is a versatile Canadian professional ice hockey forward for the Detroit Red Wings of the National Hockey League (NHL). He is well recognized for being drafted 58th overall by the Red Wings in the 2013 NHL Entry Draft by Detroit. He made his NHL debut in 2015 whereas he previously played for Guelph Storm in the OHL. He was selected to make his international debut on 29th April 2019 after he was named to the Team Canada roster for the 2019 IIHF World Championship, held in Slovakia. Additionally, the Red Wings signed Bertuzzi to a two-year contract extension on 31st July 2021.

Tyler Bertuzzi explained his reasoning for refusing the COVID-19 vaccine as a "life choice." His decision means he cannot play in the nine games the Detroit Red Wings are in Canada because of border restrictions, but Bertuzzi doesn't sound like he will be inclined to change his mind. As a result, he would not be allowed to cross the border to play in Canada and would surrender more than $450,000 of his total $4.75 million salaries. "It's a personal choice, freedom of choice, and life choice," Bertuzzi said Thursday after participating in the first day of training camp at Centre Ice Arena. Asked if being able to play in Canada weighed into his decision, Bertuzzi said, "a little bit. But it was a life decision. Personal choice and I made it."

"It's his choice," captain and close friend Dylan Larkin said. "Tyler has looked into it, weighed all of his options. It was his choice not to get it. Tyler's very popular in our room, he's a very big part of our locker room. We're going to miss him on the ice, we're going to miss him in the locker room when he's not able to play, but he has our support, I guess you could say. We are just going to miss him when he's not there. We are going to have to find a way, you can't think about it too much. You have to find ways to move on and be ready to play." General manager Steve Yzerman revealed Wednesday that Bertuzzi, a top-line forward, is the only Wings player to not be vaccinated. "It's his decision," Yzerman said. "I am not in a position to force anyone. We can't force anyone to get vaccinated. I personally am vaccinated, my family is vaccinated. I'll leave it at that." 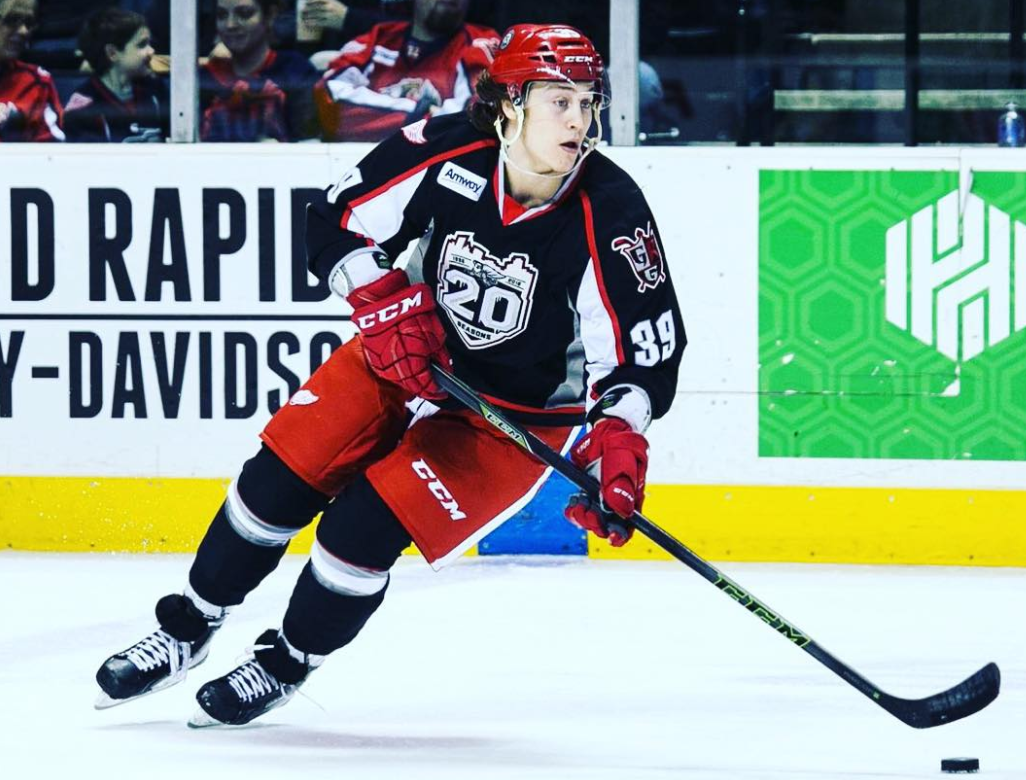 Where was Tyler Bertuzzi born?

Tyler Bertuzzi was born on 24th February 1995 in Sudbury, Ontario, Canada. He is Canadian by nationality and Canadian-white by ethnicity. Similarly, his religion is Christian and his race is white. Tyler has celebrated his 26th birthday as of 2021 and as per his birthdate, his zodiac sign is Pisces. He is the son of Angela Bertuzzi (mother) who is an educational assistant and Adrian Gedye (father) who is a talent agent and business owner. Tyler also has two brothers named Evan Gedye and Matthew Gedye. Also, his uncle is former NHL player Todd Bertuzzi. 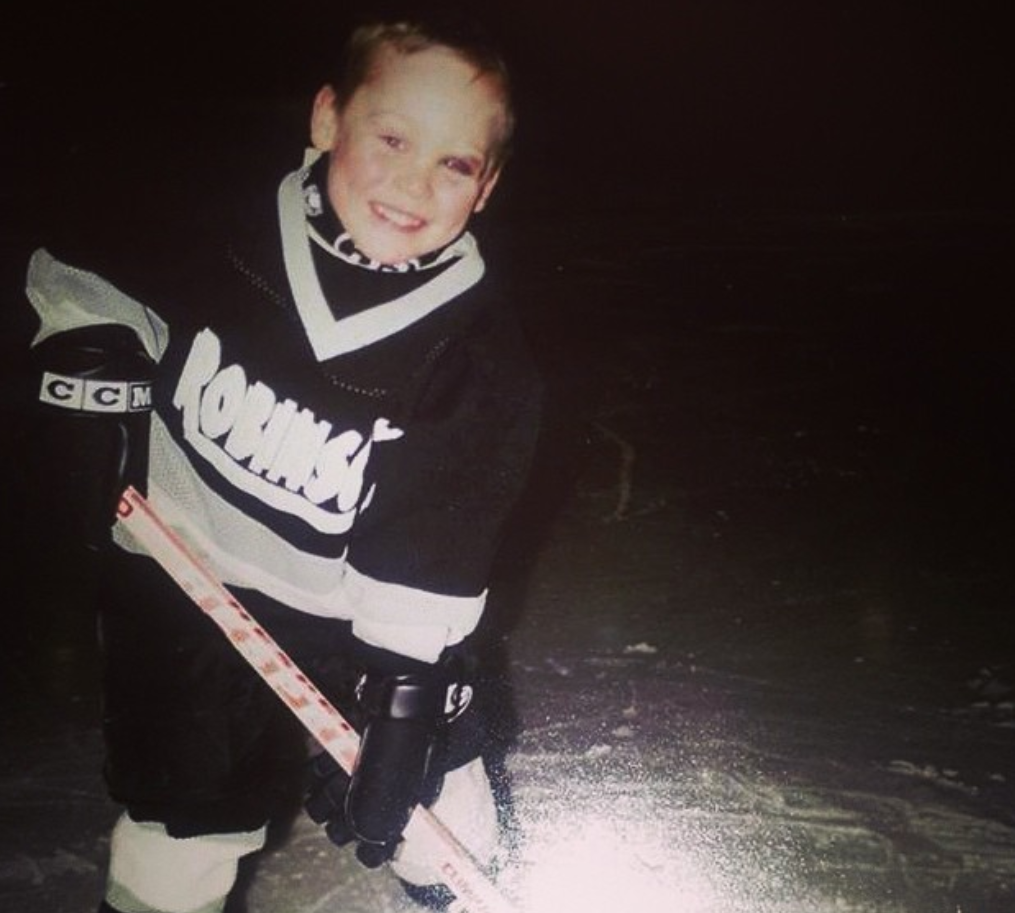 What does Tyler Bertuzzi do for a living? 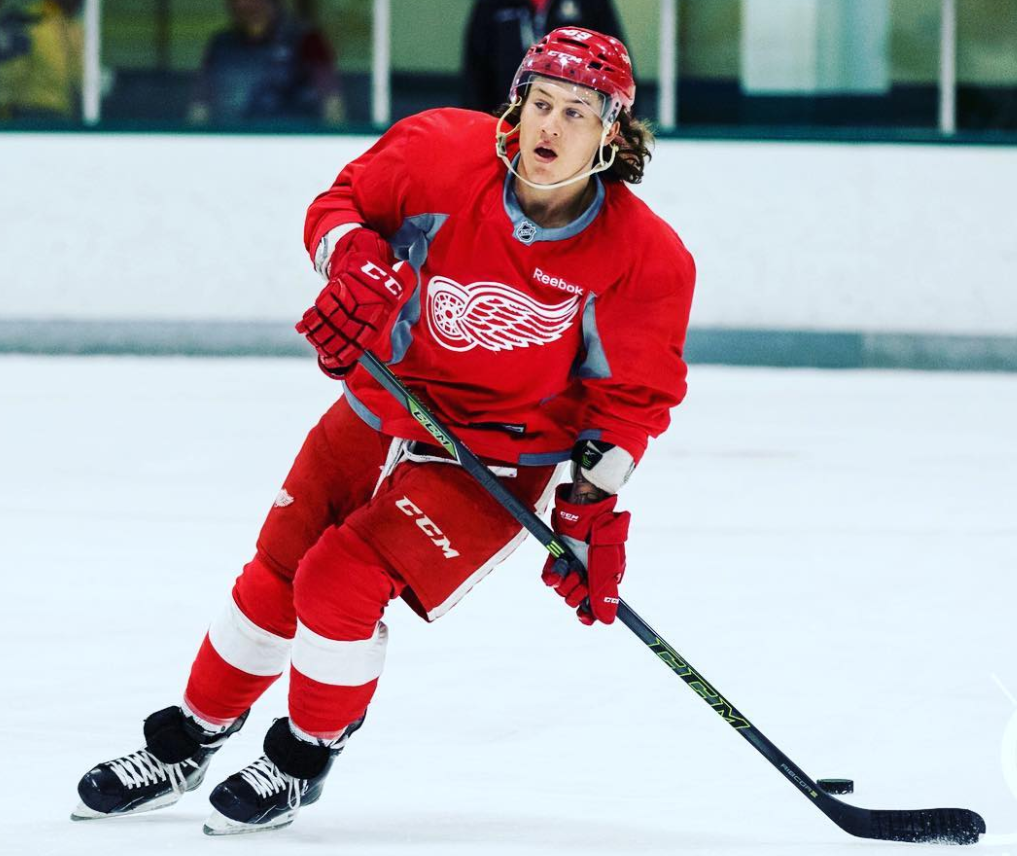 Who is Tyler Bertuzzi Girlfriend?

Tyler Bertuzzi is an unmarried guy. He is in a romantic relationship with Ashley Greasy. He met Ashley in college and has been together since. His girlfriend is a professional model. The duo is also expecting their first child together. The couple's relationship is outstanding till now and hopes it will remain as same as in the future too. Reflecting on Tyler's sexual orientation, he is straight. 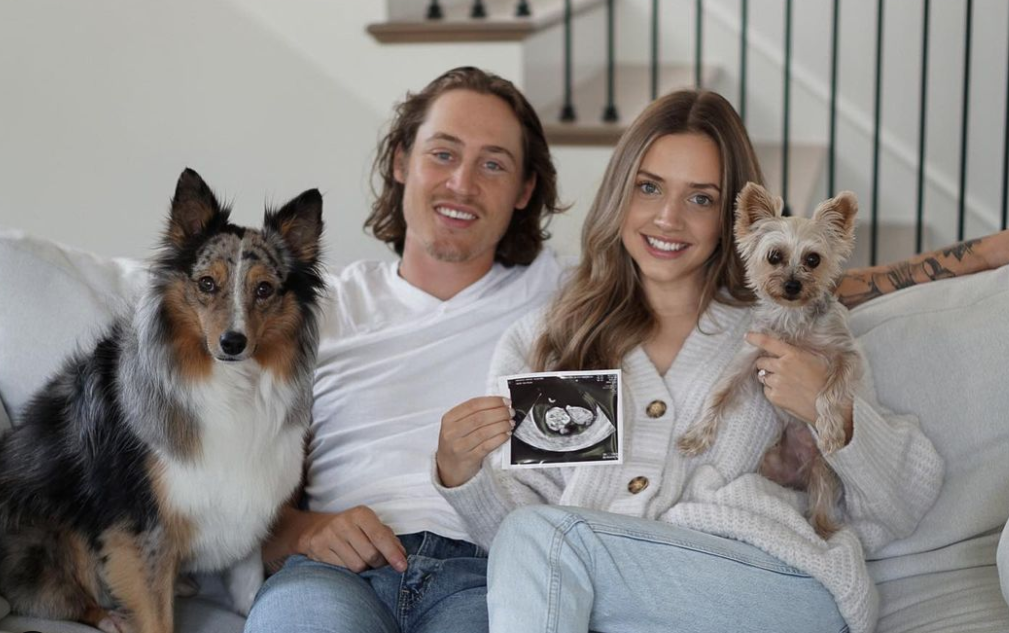 What is the Net Worth of Tyler Bertuzzi?

Tyler Bertuzzi has a net worth of between $3 million to $5 million as of 2021 whereas he has also a fine amount of salary which is around $4.75 million per year. He reportedly signed a two-year contract worth $2.8 million with Detroit Red Wings. The contract included a signing bonus of  $250,000 with a guaranteed sum of $2.8 million. Tyler has not done endorsement work for any brands yet. In addition, his major source of income is from his ice hockey forward career.

How tall is Tyler Bertuzzi?

Tyler Bertuzzi stands at a tall height of 6 ft 0 in (183 cm) with a balanced body weight of 190 lb (86 kg; 13 st 8 lb). He has long dark brown hair and blue eyes color. His physique combined with his perfect height and masculine look takes him to the top of the desired list in the young gen women. Tyler's body build type is athletic.

Trivias About Tyler Bertuzzi You Need To Know.