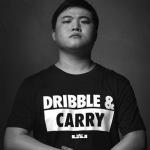 A professional League of Legends player from China named Jian Zihao and well known his in-game name Uzi. He is best known as the Franchise player for Royal Never Give up and its forerunner. He is widely known as one of the best AD carries of all time during his career. He won his first international title at the 2018 Mid-Season Invitational with his team Roal Never Give up. He officially announced his retirement from professional play on 3rd June 2020.

Real name Jian Zihao and known as Uzi gamer(A professional League of Legends Player) worldwide was born on April 5, 1997, in Yichang, Hubei, China. He is Aries from his Zodiac sign. He is of Asian Ethnicity. As he is a citizen of China, he holds Chinese nationality. There is no information disclosed about his family, religion, and siblings.

Uzi started his career at Royal Club. He joined the team in October of 2012 and quickly rose to prominence as a highly skilled mechanical player. Royal Club performed well domestically and qualified for the Season 3 World Championship after becoming the Chinese champion. Because of their status as the first seed from China, the team was automatically put into the Quarterfinals. Their first match was against their rivals from China OMG. Royal Club was able to defeat them 2-0 to advance.

Uzi was defeated by SK Telecom T1 by 0-3 in the final. They end up their tournament with a respectable 2nd place in 2013 and in 2014 they were defeated by Samsung Galaxy White 1-3 which ended in 2nd place again.

During the 2015 Season, Uzi moved to OMG (Due to communication problems with Korean imports Royal club)in one of the biggest roster moves in LPL history. Despite the hype around the transfer, it didn't turn out so well for OMG and they finished in 7th in the regular season.

He also left OMG and joined Qiao Gu Reapers in December 2015 and with the new club Qiao Gu Reapers also he couldn't achieve as much as he expected. The team was able to play in the third-place match with Peco as starting mid laner but they were swept 0:3 by Team WE.

In the summer of 2016 Uzi joined Royal Never Give Up and they qualified for the 2016 season world championship through championship points. They end up that League of Legends world championship in 3rd/4th place. Uzi later attended the 2016 All-Star Event winning it with Team Ice and also winning the 1v1 tournament after taking down Maple in the finals. They were able to achieve some prestigious titles like Spring LPL in 2018, Mid Season Invitational in 2018, Demacia Cup in 2018.

Jian Zihao, who is better known as "Uzi" in the game League of Legends (LOL), announced his retirement on Wednesday at the age of 23, citing he's been suffering from chronic diseases and arm and shoulder injuries for years. "Last year during a physical examination, I found out I had type 2 diabetes, caused by perennial stress, obesity, irregular diet, staying up late and other reasons," Uzi said in his Weibo post.

Uzi has won several individual awards in several years. He won MVP of the 2018 LPL(League of Legends premiere league) Spring playoff, MVP of 2018 LPL Summer playoffs, and MVP of Asian Games in 2018. Uzi is the winner of All-star 1v1 in 2016 and 2017.

There is no information about his relationship status as he is only 23 years old, seems focused on his career.

No information was revealed about his physical fitness. Throughout his images, he seems to have an average body. He has black color of hair and dark brown eyes color.

What is the net worth of Uzi (Jian Zi-hao)?

His primary income was from Uzi(gamer) and he has approx. of USD 1 million dollars. There is no other source that was revealed of his income source since he announced retirement from the game.