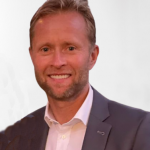 Valeri Bure is a Russian-American former ice hockey right winger who played 10 seasons in the National Hockey League (NHL) for the Montreal Canadiens, Calgary Flames, Florida Panthers, St. Louis Blues, and Dallas Stars. Bure was one of the key members of the Russian national ice hockey team at the 1994 World Junior Championship where Russia won a bronze medal. He also won the silver and bronze medal with Russia at the Winter Olympics respectively in 1998 and 2002.

He is also known for being the husband of the American actress and producer, Candace Cameron Bure. The couple tied the knot in 1996. His brother, Pavel Bure is also a Russian former professional ice hockey player while his father, Vladimir is a Russian former freestyle swimmer.

What is Valeri Bure famous for?

Where was Valeri Bure born?

Valeri Bure was born on June 13, 1974, in Moscow, Soviet Union. His birth name is Valeri Vladimirovich "Val" Bure. He holds both Russian and American nationality. His ethnicity is White while Gemini is his zodiac sign.

Bure was born as the youngest son of Vladimir Valeryevich Bure(father) and Tatiana Bure(mother). His father is a Russian Former freestyle swimmer and a fitness coach for the New Jersey Devils of the NHL who has won four Olympic medals for the Soviet Union between 1968 and 1976.

He has an elder brother, Pavel Bure. Pavel is also a Russian former professional ice hockey player who played for 12 seasons in the National Hockey League(NHL).

When he was 9 years old, his parents got divorced. So, he moved to North America with his father and brother in 1991 as his brother, Pavel joined National Hockey League(NHL). Two months after their arrival, her mother arrived in the US.

Bure's father, Vladimir began training him and his brother, Pavel in hockey and physical conditioning after settling in Los Angeles. However, after his father's second marriage, the sons' and the father's relationship was not the same as before. Bure has a half-sister, Katya who was born in 1998.

Who is Valeri Bure's Wife?

Valeri Bure has been married only once throughout his life. He is married to his only wife, Candace Cameron. Cameron is an American actress, producer, author, and talk show panelist who is best known for her role as D.J. Tanner on "Full House". The couple met each other through Cameron's Full House castmate Dave Coulier at a charity hockey game. The couple tied the knot on June 22, 1996. The couple is blessed with three children. Lev and Maksim are their two sons while Natasha is their only daughter. In December 2001, he legally became an American citizen. Bure along with his family currently lives in Los Angeles, California, United States.

How much is Valeri Bure worth?

Valeri Bure has earned a good amount of money from his profession as a former ice hockey right-winger. He has played 10 seasons in the National Hockey League (NHL), earning a handsome sum of money. He runs Bure Family Wines in St. Helena, California with his wife, Candace. Including all of his earnings, Bure has an estimated net worth of $14 million as of 2022.

How tall is Valeri Bure?

Valeri Bure is a handsome man with a well-maintained athletic body physique in his late 40s. He has a fair complexion with brown hair and a pair of blue eyes. He stands tall with a height of 5ft 10 inches(1.78m) and has a bodyweight of 82kg(181 lbs).

Trivias About Valeri Bure You Need To Know.