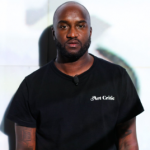 Virgil Abloh is an American fashion designer, entrepreneur, and DJ. He has been the artistic director of Louis Vuitton’s men’s wear collection since March 2018. He is also the chief executive officer label Off-White, a fashion house he founded in 2013 based in Milan. Let's know more about him through this article.

Virgil Abloh, Off-White CEO, and Louis Vuitton's men's wear director has received massive criticism over his George Floyd protest remarks. The George Floyd protestors have been damaging and looting luxury shops in several cities. The designer Sean Wotherspoon has shared an Instagram video where protestors looted Wotherspoon's streetwear shops in Los Angeles. In response to looting, Abloh commented that he was disgusted by those acts, "This disgusts me... We're part of a culture together. Is this what you want?? When you walk past (Whotersppon) in the future please have the dignity to not look him in the eye, hang your head in shame..."

In his Instagram post, he said, "Streetwear is a culture. 'Streetwear' is a commodity/community. Streetwear is yelling at shop staff, starting fights at lineups, defaming us cause we didn't get enough pairs of shoes, cause everyone can't get a pair."

For his remarks, he received extreme criticism. Critics accused Abloh of reducing the protests to a culture war.

Someone wrote on Twitter, "Virgil is more upset at people looting the WHITE store than police brutality."

Another wrote, "Virgil doesn't care about the culture he just exploits it."

Abloh had donated only $50 to Miami-based organization Fempower for protestors' legal fees, which also drew more criticism on social media. Someone wrote, "Virgil donated $50 and wants a pat on his back. The least expensive item in his stores is a pair of socks that retail for $115. Let that sink in."

Another tweeter wrote, "Virgil Abloh. Creator of Off-White..Artistic Director of Louis Vuitton donated a measly $50...and y'all want me to feel bad for designer stores getting looted???"

Following massive criticism, Abloh stepped up to clarify his comments.

He wrote on Instagram, "I apologize that my comments yesterday appeared as if my main concerns are anything other than full solidarity with the movements against police violence, racism, and inequality. I want to update all systems that don't address our current needs. It has been my personal MO in every realm I touch. Yesterday I spoke about how my stores and stores of friends were looted. I apologize that it seemed like my concern for those stores outweighed my concern for our right to protest injustice and express our anger and rage in this moment."

About $50 donations, he wrote, "I also joined a social media chain of friends who were matching $50 donations. I apologize that appeared to some as if that was my only donation to these important causes. I can understand your frustration if you think my contribution were limited to $50, purely false when it comes to the total. I have donated $20,500 to bail funds and other causes related to this movement. I will continue to donate more and will continue to use my voice to urge my peers to do the same".

What is Virgil Abloh famous for?

Where is Virgil Abloh born?

Recalling his early life, Virgil was born and raised in Rockford, Illinois. He was born to a seamstress mother and paint company manager father. His parents were immigrants from Ghana. He has a sister named Edwina Abloh. Similarly, he is of American nationality and belongs to Afro-American ethnicity.

Did Virgil Abloh go to College?

Concerning his education, Virgil attended Boylan Catholic High School, graduating in 1998. He graduated from the University of Wisconsin, Madison in 2002 with a Bachelor of Science degree in civil engineering. He received his Master of Architecture at the Illinois Institute of Technology (IIT) in 2006.

What is the profession of Virgil Abloh?

Who is Virgil Abloh Wife?

Reflecting on her personal life, Virgil has married his wife Shannon Abloh in 2009. The two met back in school at the University of Wisconsin-Madison. Presently, the duo lives in Lincoln Park, Chicago with their two children Grey Abloh and Lowe Abloh.

How much is Virgil Abloh's worth?

Being a fashion designer and DJ, Virgil earns a decent amount of money and popularity from his multiple professions. Based on some online reports, his estimated net worth said to be $4 million at present. However, his salary and assets like cars, home, etc. details are yet to be disclosed.

How tall is Virgil Abloh?

Observing his body statistics, Virgil stands a height of 6 feet 2 inches and weighs around 85 Kg. Similarly, he has a pair of black eyes and hair color. His further information is yet to be disclsoed. In the case of disclsoed, we will le you know.