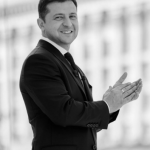 Volodymyr Zelenskyy is a Ukrainian politician, former actor as well as a comedian. He has been serving as the president of Ukraine since 2019. In the initial phase of his career, he pursued comedy and created the production company Kvartal 95, which produces films, cartoons, and TV shows including Servant of the People (2015-2019), in which Zelenskyy played the role of president of Ukraine. In March 2018, a political party bearing the same name as the television show was created by employees of Kvartal 95. He announced his candidacy for the 2019 Ukrainian presidential election on 31st  December 2018. He won the election with 73.2 percent of the vote in the second round, defeating Poroshenko. Identifying as a populist, he has positioned himself as an anti-establishment, anti-corruption figure. During his administration, he oversaw the lifting of legal immunity for members of the Verkhovna Rada, Ukraine's parliament, the country's response to the COVID-19 pandemic and subsequent economic recession, and some progress in tackling corruption. He also promised to end Ukraine's protracted conflict with Russia as part of his presidential campaign and attempted to engage in dialogue with Russian President Vladimir Putin. His administration faced an escalation of tensions with Russia in 2021, culminating in the launch of an ongoing full-scale Russian invasion in February 2022. After the commencement of the invasion, he declared martial law across Ukraine and general mobilization.

Volodymyr Zelensky said Sunday (February 17, 2022) that Moscow was bombarding residential areas in Ukraine as its invading forces sought to push deeper into the pro-Western country. "The past night in Ukraine was brutal, again shooting, again bombardments of residential areas, civilian infrastructure," Zelensky said in an address posted online. "Today, there is not a single thing in the country that the occupiers do not consider an acceptable target. They fight against everyone. They fight against all living things -- against kindergartens, against residential buildings, and even against ambulances. He said Russian forces were "firing rockets and missiles at entire city districts in which there isn't and never has been any military infrastructure".

What is Volodymyr Zelenskyy Famous For?

Where is Volodymyr Zelenskyy From?

Volodymyr Zelenskyy was born on 25th January 1978 which makes him the present age of 44 as of 2022. He is from Kryvyi Rih, Ukrainian SSR, Soviet Union. His birth name is Volodymyr Oleksandrovych Zelenskyy. His father, Oleksandr Zelenska works as a professor at the ‘Kryvyi Rih Institute of Economics’ where he leads an academic department of computing hardware and cybernetics. Whereas his mother, Rimma Zelenska, worked as an engineer. His grandfather, Semyon (Simon) Ivanovych Zelenskyy, served in the Red Army (in the 57th Guards Motor Rifle Division) during World War II; Semyon's father and three brothers were killed in the Holocaust. He spent his early childhood in Erdenet, Mongolia, where he lived for four years. He holds Ukrainian nationality and his ethnic background is Ukrainian-White. His race is White. His Zodiac sign is Aquarius and his religion is Judaism as he was born to Jewish parents.

Regarding his education, he passed the Test of English as a Foreign Language at the age of 16 and also he received an education grant to study in Israel, but his father did not allow him to go. He then earned a law degree from the Kryvyi Rih Institute of Economics, then a department of Kyiv National Economic University and now part of Kryvyi Rih National University, but did not go on to work in the legal field 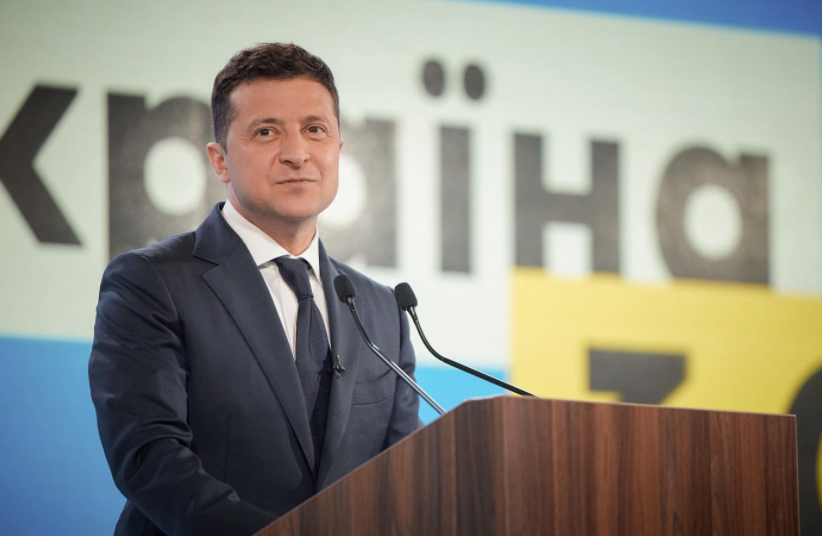 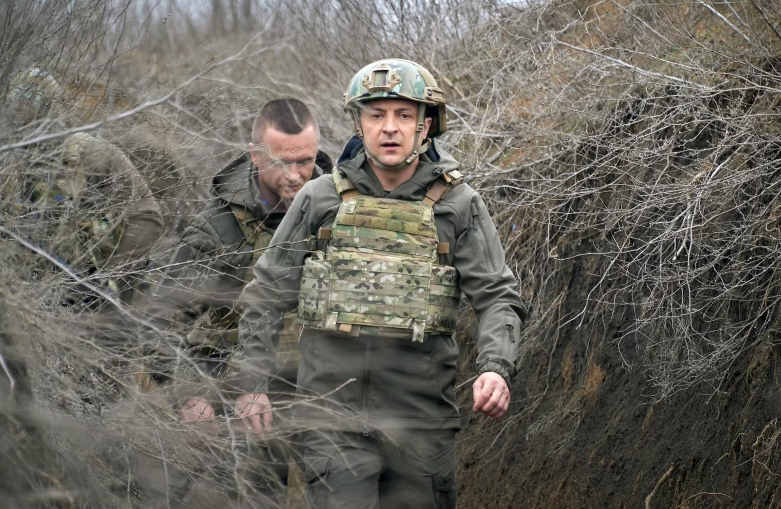 Who is Volodymyr Zelenskyy Wife?

Volodymyr Zelenskyy is a married man. He tied a knot to his beautiful wife, Olena Kiyashko in September 2003. Zelenskyy and Kiyashko went to the same grammar school. In July 2004, Zelenskyy and Kiyashko were blessed with a daughter named Oleksandra. Their son, Kyrylo, was born in January 2013. In Zelenskyy's 2014 movie 8 New Dates, their daughter played Sasha, the daughter of the protagonist. In addition, she participated in the show The Comedy Comet Company Comedy's Kids and won 50,000 hryvnias in 2016. 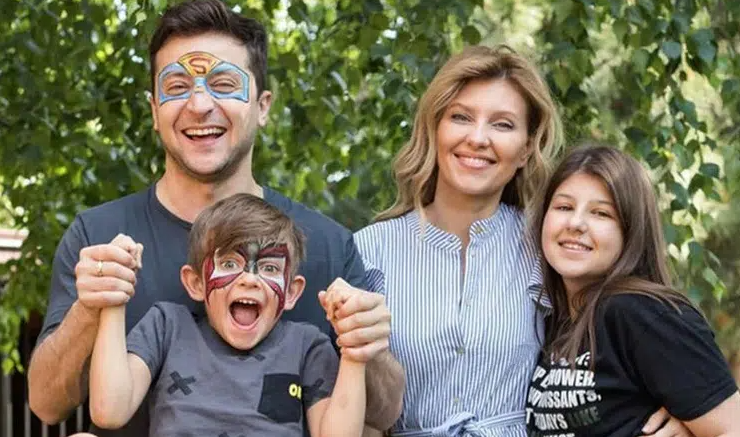 How much is Volodymyr Zelenskyy Net Worth?

Volodymyr Zelensky is a politician, former actor, and comedian who has been serving as the president of Ukraine since 2019. As of 2022, the net worth of Volodymyr Zelensky is estimated to have $96 Million. His assets were worth about 37 million hryvnias (about $1.5 million USD) in 2018. His monthly salary is $1 Million at present which makes his annual salary of around $12 Million. His source of wealth is from government work. He is living a lavish lifestyle at present. He has purchased a brand-new Mercedes-Benz G-Class at a price of $370,000 USD. He also owns a Tesla Model S which is worth more than $100,000 USD. A few other cars owned by Zelenskyy are Jaguar XF $125,000 USD, Audi Q2 $80,000 USD, BMW X9 $150,000 USD.

How tall is Volodymyr Zelenskyy?

Volodymyr Zelenskyy is a handsome and cool man with a height of five feet ten inches and his balanced bodyweight consist of 70 Kg. His other body measurement is still to get unfolded yet. His body type is average. His hair color is light brown and his eye color is brown. He has got a healthy body and he frequently does exercise to keep himself fit and fine.

Trivias About Volodymyr Zelenskyy You Need To Know.