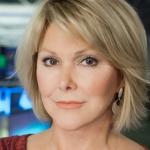 What is Wendy Rieger Famous For?

Where is Wendy Rieger from?

Wendy Rieger was born in 1957. Her birth place is in Norfolk, Virginia in the United States. She held American nationality. Her hometown is Norfolk, Virginia. She belonged to white ethnicity and her religion was Christianity. More information about her parents, siblings, early life, and education will be updated here.

She came to Washington to study at American University in Northwest D.C. She graduated with a bachelor's degree in journalism in 1980.

How Did Wendy Rieger Die?

Longtime news anchor, Wendy Rieger died from brain cancer on 16 April 2022. She first noticed in May 2021 that she was becoming more sensitive to the lighting and other surroundings in the studio. She began suffering from routine headaches and hallucinations. She sought medical attention which showed a large mass in her brain. She underwent brain surgery to remove the glioblastoma. The 99.999% of the tumor from her right temporal lobe was removed from her brain.

However, her cancer returned in aggressively in 2022. This time, she lost her battle and passed away on 16 April 2022.

The News4 team paid its tribute to Rieger. Its statement reads,

"We lost our smart, vibrant, wonderful Wendy Rieger today. Wendy loved live as much as it loved her. She had so many passions and lived life sharing them with everyone she could. For more than 30 years, NBC4 Washington viewers benefited from her unique style that blended humor, intelligence and compassion, and we are all better for knowing her.

Wendy was diagnosed with brain cancer almost a year ago. She had surgery and treatment, then retired in December with an intent to savor the rest of her life and start a new chapter. Her cancer returned aggressively several weeks ago, and she died this morning, holding the hand of her husband, Dan.

We send our love to Dan, who was a colleague of ours for decades, and to her brothers, nieces and nephews, and many many friends."

Who is Wendy Rieger Husband?

Wendy Rieger was a married woman. She was married to her husband, Dan. More details about her personal life, husband, and family will be updated here.

How Tall was Wendy Rieger?

Wendy Rieger stood around the height of around 1.6 m i.e. 5 feet and 4 inches tall. She had a balanced body weight. Her eye color was brown and her hair color was blonde. Her sexual orientation was straight.

What is Wendy Rieger Net Worth?

Wendy Rieger was one of the most beloved journalists from Washington. She spent over five decades in journalism, over three decades with NBC4. For her service, she was paid a handsome salary before retiring in 2021 due to health issues. Her net worth was estimated at around $1 million at the time of her death.

Trivias About Wendy Rieger You Need To Know.