What does Kwanzaa mean? Things You May Not Know About Kwanzaa 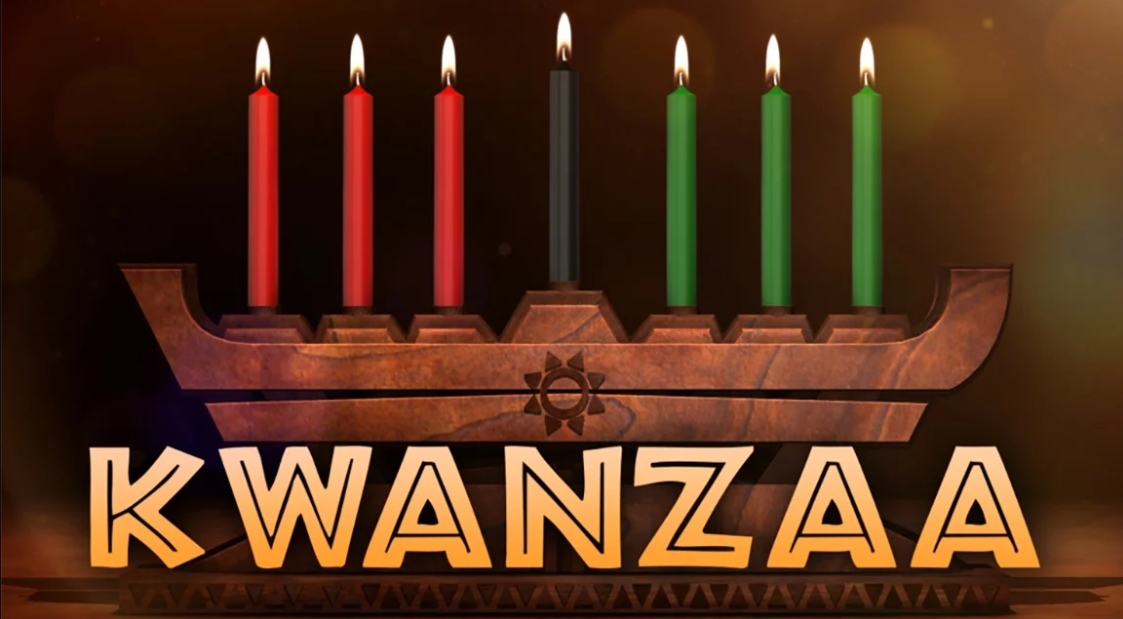 Kwanzaa is an African-American cultural festival that is held from December 26 to January 1. Celebrations begin the day after Christmas and last for seven days. Each day is steeped in symbolism and ceremony. Celebrants begin by decorating a table with a straw mat that symbolizes the traditions at the heart of the holiday’s foundation. The week-long holiday celebrates family, culture, community, and the harvest. The word "Kwanzaa" itself comes from the Kiswahili phrase matunda ya kwanza, meaning "first fruits [of the harvest]". Kwanzaa is not a religious holiday, and families who celebrate Kwanzaa often celebrate it in addition to Christmas, Hanukkah, or another religious holiday.

How many days Kwanzaa is celebrated?

Kwanzaa is celebrated for seven days. Every year, people around the world celebrate African-American history and culture which lasts from December 26 to January 1. This year, Kwanzaa started on December 26, 2022 (Monday) and will end on January 1, 2023 (Sunday). 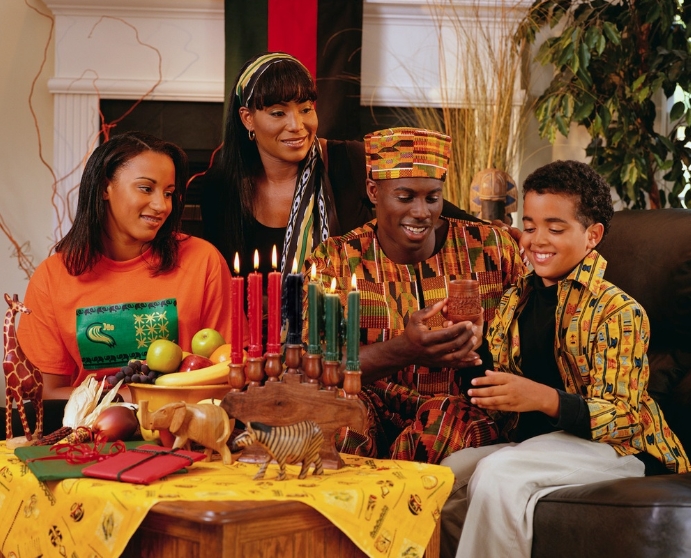 The Kwanzaa Feast, also known as Karamu, is a feast that typically takes place on December 31, the sixth day of the Kwanzaa period. The feast is also called A Karamu Ya Imani (Feast of Faith). The Karamu feast was developed in Chicago during a 1971 citywide movement of Pan-African organizations. The initial Karamu Ya Imani occurred on January 1, 1973, at a 200-person gathering at the Ridgeland club, followed by the airing of grievances and feats of strength. The celebration includes the following practices:

How many people celebrated Kwanzaa?

According to National Geographic, 12.5 million Americans primarily celebrate Kwanzaa during the holiday season. A 2015 survey found that 1.9% of those polled planned to celebrate Kwanzaa – about six million people in the United States.

What religion is Kwanzaa?

Kwanzaa isn't tied to a single religion. It includes people of all religions, so people who observe Christmas or Hanukkah can also celebrate it. Africans of all faiths can and do celebrate Kwanzaa, i.e. Muslims, Christians, Black Hebrews, Jews, Buddhists, Baha'i, and Hindus, as well as those who follow the ancient traditions of Maat, Yoruba, Ashanti, Dogon, etc.

Coming to the history of Kwanzaa, American Maulana Karenga created Kwanzaa in the year 1966 during the aftermath of the Watts riots as a specifically African-American holiday. The main aim of the creator of the festival was to "give blacks an alternative to the existing holiday of Christmas and give blacks an opportunity to celebrate themselves and their history, rather than simply imitate the practice of the dominant society".

As per Karenga, the name Kwanzaa derives from the Swahili phrase matunda ya kwanza, which means "first fruits". Later, it was decided to spell the holiday's name with an additional "a" so that it would have a symbolic seven letters. The festival "first fruits" initially exist in Southern Africa that is celebrated in December/January with the southern solstice.

During the early years of Kwanzaa, Karenga said it was meant to be an alternative to Christmas. 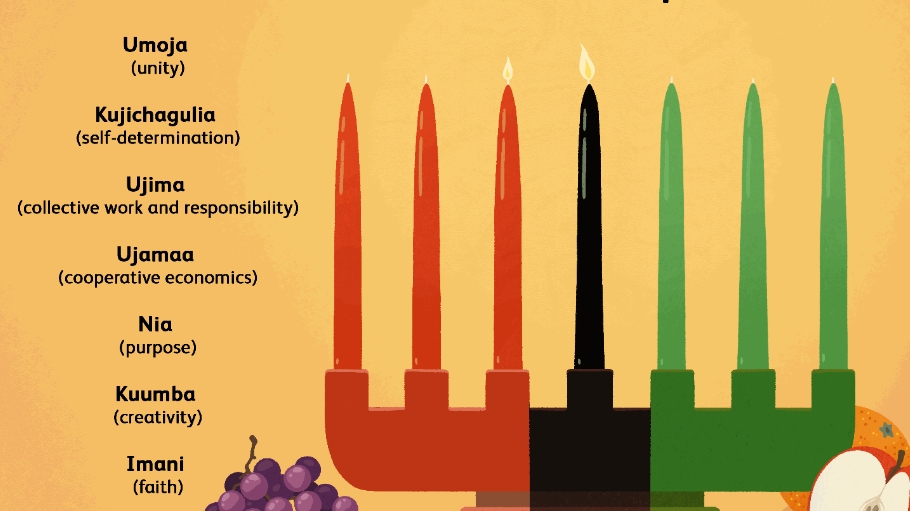 There also are seven symbols of the holiday: fruits, vegetables, and nuts; a straw mat; a candleholder; ears of corn (maize); gifts; a communal cup signifying unity; and seven candles in the African colors of red, green, and black, symbolizing the seven principles.

Here are some fun facts about the festival, Kwanzaa.

What is a Kwanzaa candle called?

Kwanzaa candle is called "The kinara" which is a seven-branched candleholder used in Kwanzaa celebrations in the United States. The word kinara is a Swahili word that means candle holder. During the week-long celebration of Kwanzaa, seven candles are placed in the kinara—three red on the left, three green on the right, and a single black candle in the center. Red, green, and black are the symbolic colors of the holiday. During the week of Kwanzaa, a new candle is lit on the kinara each day. The center black candle is lit first, and the lighting then proceeds from left to right. The black one symbolizes the African people, the red their struggle, and the green the future and hope that comes from their struggle. 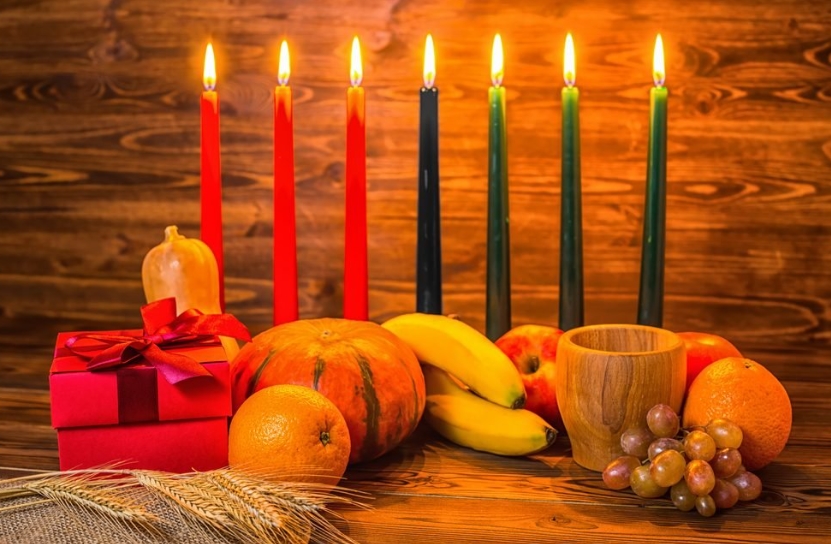 Who is Greta Thunberg? How does she make money?