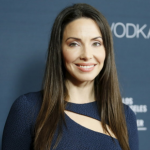 Whitney Cummings is a multi-talented American entertainer who began making appearances on films and television in the early years of the new millennium. The actress in other capacities is a recognized comedian, writer, and producer of many artistic works which have all received rave reviews. Her stint in the entertainment industry has seen her feature in movie projects almost on a yearly basis. For this and other things Cummings has a stake in, the actress has been well rewarded over the years. Find out what her net worth is, in addition to her biography and relationship life.

What is Whitney Cummings Famous for?

Whitney Cummings is a famous stand-up comedian as well as an actress who gained fame after playing the lead role on "Broke Girls," "The Female Brain," and NBC sitcom "Whitney" premiered in 2012. Cummings is also known as a producer and writer for ABC's "Revival of Roseanne."

Back to his early life, Whitney Cummings was born in Washington D.C, the US in the year 1982. She celebrates her birthday on September 4. She is 37 years of age, as of 2019. She holds American nationality and belongs to white ethnicity. Her birth sign is Virgo.

Whitney was born to her mother Patti Cummings, who is a former public relations director at Neiman Marcus at Mazza Gallerie. She was five years of age when her parents split. Whitney has a half-brother, Kevin Cummings, and sister, Ashley Cummings, who is older than her.

When did Whitney Cummings pursue her acting career?

Who is Whitney Cummings married to?

Reflecting her personal life, Whitney Cummings was in a relationship with National Football League player Kerry Rhodes in 2014. Before him, she dated Peter Berg from 2012 to 2013.

Currently, she is engaged to her longtime boyfriend Miles Skinner. Skinner had proposed to her in September 2018 on her birthday in front of her rescue horse, King. The couple had met on a dating app. She is yet to marry, take Skinner as a husband and have children.

What is Whitney Cummings Net Worth?

Whitney has a successful career in the television industry for a long time. It is quite evident that she has earned an impressive amount of money and fortunes to date. As of January 2019, her net worth is $15 million while her salary is revealed to be $60k per episode and it will possibly increase in the coming days.

How tall is Whitney Cummings?

Observing her body physics, Whitney has maintained her body beautifully; she has nice body features. She possesses a perfect height of  5 Feet and 11 Inches. She weighs about 56 kgs. Cummings have beautiful hazel colored eyes and dark brown hair. Further, her body measures 32-26-33 inches. Her bra size 32A.

Trivias About Whitney Cummings You Need To Know.