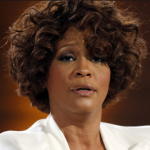 Whitney Houston was a multi-Grammy award-winning American singer, actress, and model. Throughout her life, she released seven albums and appeared in several movies. Her dynamic vocals netted her over 200 million worldwide record sales. She was also recognized as one of the best, if not the best, selling female artists of all time. In 2009, the Guinness World Records agreed, labeling her the most awarded female act of the time. Let's know more about her through this article.

What was Whitney Houston famous for?

Where was Whitney Houston born?

Recalling her early life, Houston was born in Newark, New Jersey, the U.S. She is American by nationality and belongs to Afro-American ethnicity. She was the daughter of Army serviceman and entertainment executive John Russell Houston, Jr., and gospel singer Emily "Cissy" (Drinkard) Houston. Similarly, her birth sign is Leo and she has four siblings. Talking about her education, she attended Mount Saint Dominic Academy and she is a follower of Roman Catholicism.

When did Whitney Houston begin her career in the entertainment industry?

What is Whitney Houston's Cause of Death?

Houston died on February 11th, 2012 at the age of 48. She passed away in Los Angeles, California at a Beverly Hilton Hotel. Her reported cause of death was accidental drowning in her bathtub. The autopsy confirmed that cocaine found in her system and heart disease were contributing factors to her death. News of her death coincided with the 2012 Grammy Awards and was featured prominently in international media.

Reflecting on her personal life, Houston was married to Bobby Brown in 1992. Almost the duo live 15 years together but unfortunately, the duo divorced in 2007. Together, the duo produces a child named Bobbi Kristina Brown.

In 2019, several years after her death, Robin Crawford stated that their early relationship had included sexual activity, but that Houston ended this for fear of others' reactions.

How much was Whitney Houston worth?

Being a part of the entertainment industry until her death, Houston earns quite an impressive amount of money and fame through her profession as an actor, singer, and model. Based on some online reports, her estimated net worth is said to be $20 million at the time of her death. However, her salary is yet to be disclosed.

How tall was Whitney Houston?

Before her death, Houston stands a height of 5 feet 8 inches and weighs around 64 Kg. Similarly, she has a pair of brown eyes and hair color. She used 9 (US) shoe sizes. Further, her body measures 35-25-35 inches.

Trivias About Whitney Houston You Need To Know.