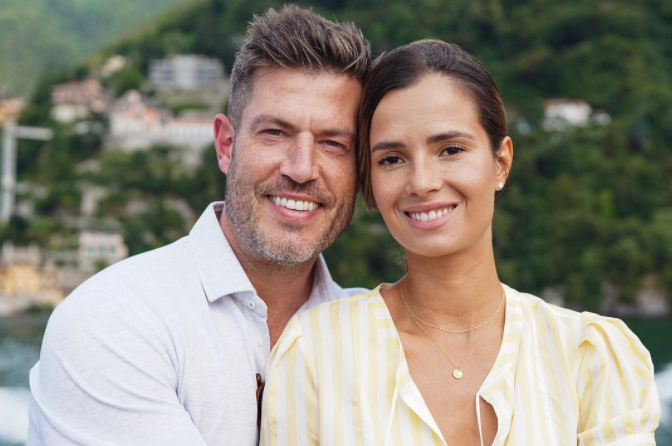 Jesse Palmer and Emely Fardo are currently engaged. They got engaged in July 2019 which they made public via their official Instagram account. Jesse Palmer proposed to his longtime girlfriend, Emely Frado in July 2019 during their romantic trip to France. By profession, Jesse Palmer is a Canadian television personality, sports commentator, actor, and former professional NFL & CFL, football quarterback. He played for five seasons in the early 2000s. Initially, he was chosen by the New York Giants of the National Football League (NFL) in the fourth round (125th overall pick) of the 2001 NFL Draft, and then, he was drafted by the Montreal Alouettes of the Canadian Football League (CFL) 15th overall in the 2001 CFL Draft. Jesse Palmer is famous for appearing in the fifth season of the reality television series "The Bachelor" in 2004 becoming the first non-American bachelor to be featured on the show. He then joined ESPN in 2007 and worked for ESPN as a studio analyst on College Football Live and ABC telecasts. He is hosting "The Ultimate Surfer" for ABC and previously hosted the network's reality series "The Proposal". Recently, Jesse Palmer is officially signed on for Season 26 of "The Bachelor", which will air in 2022. 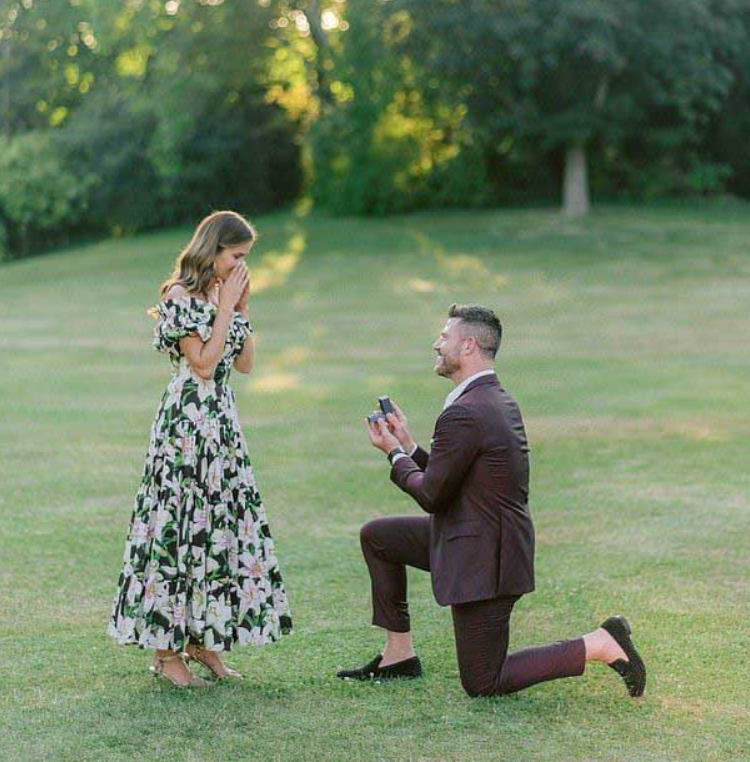 Everything You Need To Know About Emely Fardo Fiance, Jesse Palmer

Emely Fardo is a Model, Freelancer Photographer, Social Media Personality from Brazil. She is famous for being the fiancee of Jesse Palmer who is the Canadian TV host, sports commentator, and former professional NFL football quarterback who has played for the team; San Francisco 49ers and New York Giants in the 2000s. Emely Fardo is currently signed to New York Models Management and appeared in fitness campaigns and fashion shows. She has also appeared in fashion ramp works, as well as poses for brand endorsements. Being a social media personality, she has more than 14.7K followers on her official Instagram account under the account head @emelyfardopalmer. 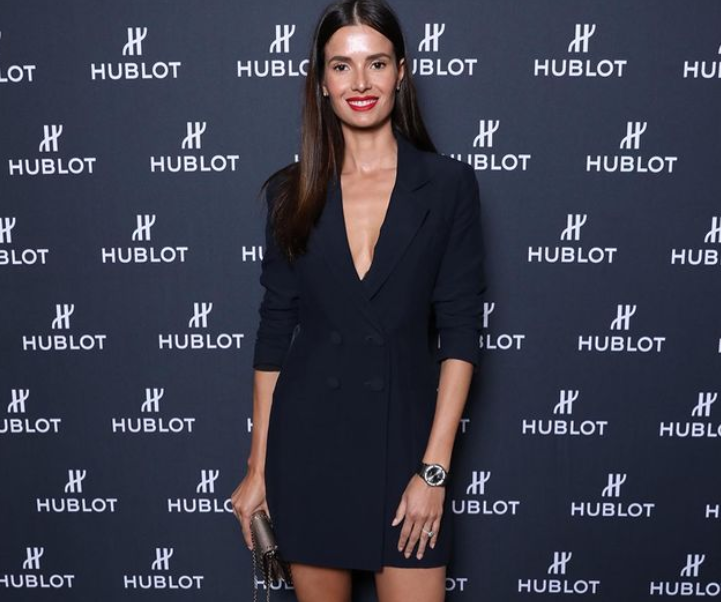 How old is Emely Fardo?

Emely Fardo was born in the year 1986. Her place of birth is in Brasilia, the capital city of Brazil. She celebrated her 35th birthday as of 2021 which makes her the present age of 35. She follows the Christianity religion. By nationality, Emely Fardo is Brazilian and she belongs to a White Caucasian ethnic background. She has never spoken the information regarding her parents, early life, or siblings to the media and public. Also, she has not disclosed details of her academics qualifications.

Jesse Palmer and Emely Fardo have not discussed anything regarding their marriage. Whereas Bachelor Nation's report states that he recently married the love of his life, Emely Fardo. There is an assumption that Jesse Palmer and Emely Fardo have already tied the knot in private as Jesse began wearing what appeared to be a wedding band in Summer 2021. Emely also called the former football player her husband in an Instagram caption on July 16, 2021, writing: "La dolce vita by my insta husband." Moreover, both Jesse and Emely have rings on their fingers and the latter has also changed her last name to his. Emily's bio shows a series of emoticons, including a ring with Jesse’s Instagram handle mentioned next to it. 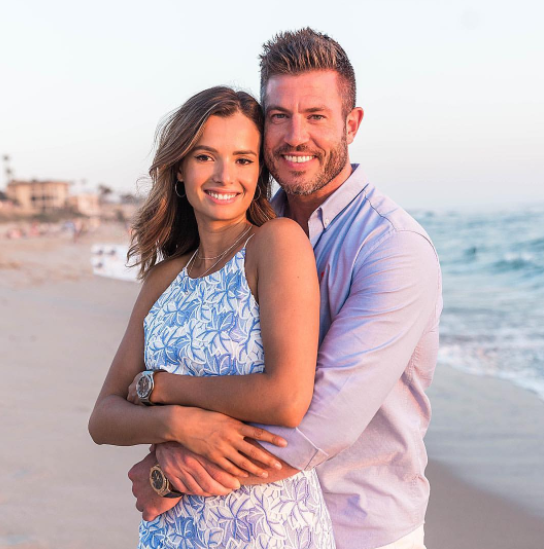 In 2017, Jesse Palmer and Emely Fardo met each other after a class at Rumble in New York City. After that, having short meetings, they started their romantic relationship after on. While they were on their romantic trip to France, Palmer proposed to his girlfriend, Emely Fardo. The couple got engaged in July 2019 which they share through their official Instagram account. James wrote "You said 'Yes'. I'm so lucky to finally call you my fiance. I asked for an angel to be brought into my life... and it was you. You love me unconditionally. You've made me the best version of myself. You've given me a sense of calm and happiness that I've never before experienced. Now the rest of our lives can begin...together. Eu te Amo". 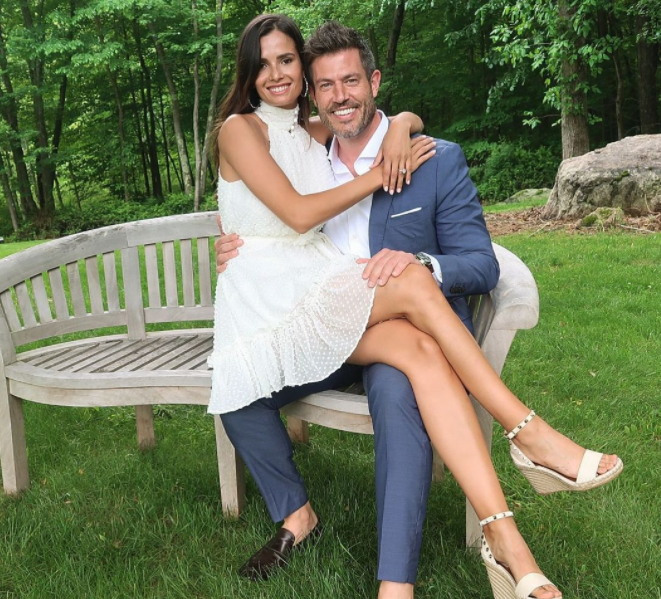 The couple doesn't have any child of their own but they are parents to their lovely pooch, LouLou.

Emely Fardo is a Brazilian model, freelance photographer, as well as a social media personality whose net worth is estimated to have $400K as of 2021. Whereas on the other side, her fiance, Jesse Palmer's net worth is $8 Million at present. Emely Fardo is currently working under the New York Models Management which is one of the biggest modeling companies in the United States. She is also known to have done a lot of photoshoots and fashion shows for numerous companies and brands. She also likes to travel and is also a freelance photographer. Thus, her main source of income is from the modeling industry which is her major job or profession. She is currently engaged in modeling for her living. Whereas her exact salary and income details is unavailable at a moment alongside her cars collection and house. However, she is living a standard lifestyle at present. She has made a profitable income by posing for different magazines and brands.

Robin Thicke Wife 2021: Why did Paula Patton and Robin Break Up?