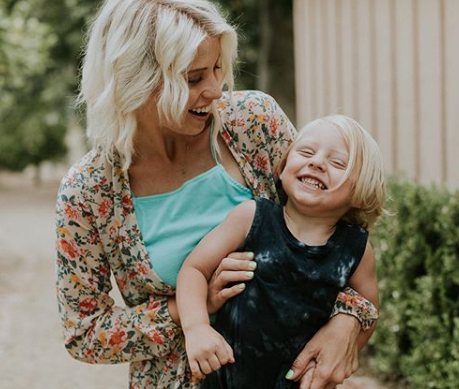 Julianne Wilson is a beautiful American writer, an influencer, an author, a philanthropist and an associate pastor at Megachurch Harvest Christian Fellowship. Julianne is best known as the wife of the famous pastor Jarrid Wilson who unfortunately committed suicide on Monday, September 10, 2019. 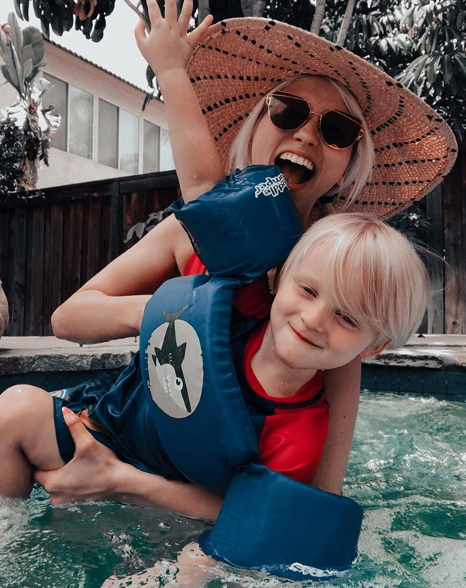 Julianne Wilson was born in the United States. Her real name is Julianne Wilson. Julianne, a writer, and an editor, currently works at the Christian lifestyle website, "Live Original".

Julianne is a philanthropist and is a great supporter of "Point of Impact Global Missions"(POI), a faith ministry in Memphis, TN, USA.

Who is Megachurch Pastor Jarrid Wilson?

Later after getting all over the breakup, Julianne got her Mr. Perfect guy, Jarrid Wilson with whom she got married on April 27, 2013. Jarrid treated her with all the love and respect that she always deserved.

Even in the blog from 2014, Julianne wrote an open letter to her ex-thanking him for treating her poorly back then as she realized how unlucky it would have been if she hadn't met Jarrid.

Jarrid Wilson was a pastor at Harvest Christain Fellowship in Southern California and was the founder of a non-profit organization, "Anthem of Hope". Wilson was born as Thomas Jarrid Wilson in Inland Empire, California, USA.

Jarrid was a great personality as he was always there to spread love and happiness among others. Jarrid along with his wife, Julie had opened the Anthem of Hope organization which creates resources for the church to assist those dealing with depression, anxiety, self-harm, addiction, and suicide.

Jarrid had great faith in Jesus.

Julianne Wilson, the wife of Jarrid Wilson had a great career herself. Julianne is an author and a philanthropist, she has her job at the Christian lifestyle website, "Live Original".

Wilson even has her own personal blog where she writes giving life advice, relationship advice, and advice on being a mother.

Wilson is an associate pastor at Megachurch Harvest Christian Fellowship. She also supports the work that her late husband used to do, as she also posts about the mental health and dealing with negative thoughts.

Julianne also has faith in Jesus and on her personal blog, she writes posts from a Christian point of view. She tells the reader to place their trust in God's plans.

"Anthem for Hope", a non-profit faith-centered organization, which was founded by Jarrid Wilson and is handed to Julianne to oversee it. Julianne regularly retweets the messages from the Anthem of Hope on her Twitter account.

Talking about Julianne's earning, she has been able to earn a few a thousand dollars through her blogs and job. In addition to her earnings, her late husband's net worth of $1 million adds more to her fortune.

Julianne and Jarrid were living a great life together. They were even blessed with along with two sons, named, Finch(b. 2015) and Denham(b. 2016). However, after the suicide of Jarrid, the family has broken out in pieces as

Julianne lost her loving husband and their small children lost their father.

Julianne Wilson has a well maintained slim body physique. Talking about Julianne's looks, she has a fair complexion with white hair and green eyes.

The 30-year-old pastor, author, and mental health advocate, Jarrid Wilson was found dead in California after he committed suicide on September 9, 2019. The news was confirmed by the senior pastor Greg Laurie on September 10, 2019, via Instagram and Facebook.

The reason for his suicide is said as Jarrid's struggle with depression and thoughts as he wanted to especially help those who were dealing with suicidal thoughts tragically, Jarrid took his own life a day prior to the "World Suicide Prevention Day".

Jarrid Wilson shared openly about his own mental health challenges in his most recent book that includes, "Love Is Oxygen: How God Can Give You Life and Change Your World".

Wilson also had blogged pointing that he had dealt with severe depression throughout most of his life and had been contemplated suicide on multiple occasions".

He was also a pastor at Harvest Christian Fellowship in Southern California.