Who is William Wintersole? 'Young and the Restless' Actor Dies at 88 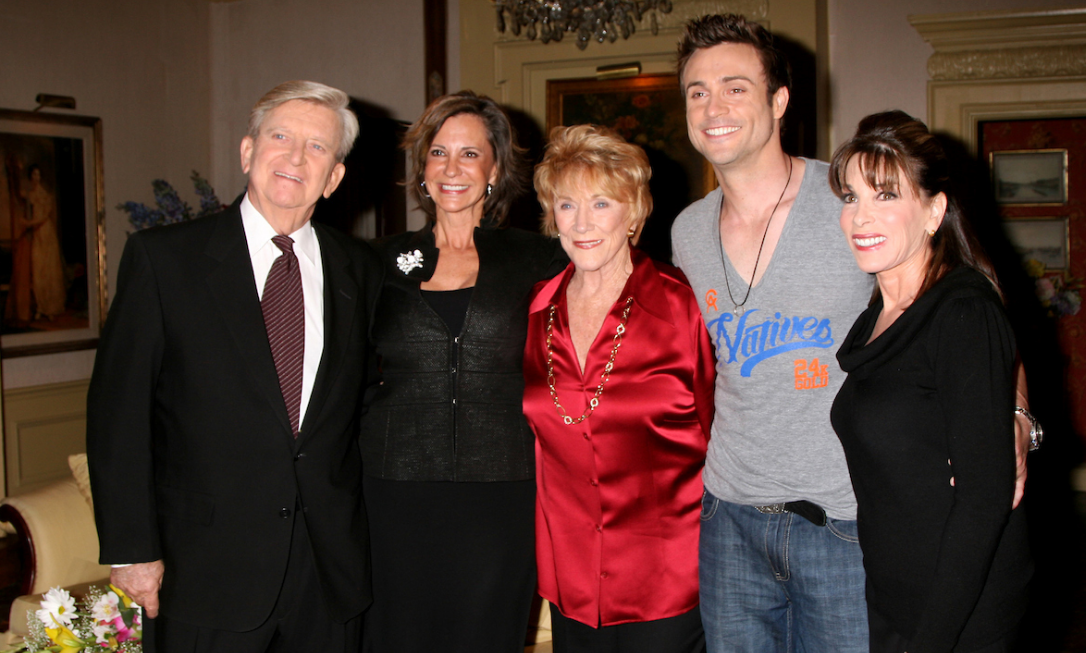 William Wintersole, a prolific American actor known for his appearance as attorney Mitchell Sherman on the popular American daytime soap opera, "The Young and the Restless" for almost about 25 years died at the age of 88.

Wintersole passed away at his Los Angeles home following complications from cancer on the morning of November 5, 2019. Wintersole is survived by his beautiful spouse, Marlene Silverstein as well as his two daughters, Katherine Ramsey and Tiffany Harmon. Wintersole had been sick for several years before he turned 88 on July 30 which was probably his last birthday.

Who is 'Young and the Restless' Actor William Wintersole?

Born in Portsmouth, Ohio, on July 30, 1931, William Wintersole was one of the celebrated names in the history of entertainment business ever. He was an actor, a soldier, a radio server, an entertainer and last but not the least a devoted father and grandfather.

Wintersole was survived by his spouse, Marlene Silverstein, and his two daughters: Katherine Ramsey and Tiffany Harmon. Tiffany Harmon is the owner of Seahorse Swim School in Santa Cruz. He was a very loving and devoted grandfather of his three granddaughters named Kristy, Amy, and Jill. He even has his great-granddaughter, Abby.

During the 1950s, while the Korean War was on Wintersole worked for the American Forces Radio and Television service assigned to the AFKN HQ at station KILROY in Taegu, Korea.

He was a very good man with a heart full of love, care and humanity as during his time in Korea, he was the director of 10 radio stations from where he used to entertain the troops by playing music and playing requests from family members of service members.

Besides, Wintersole was a graduate student of the U.C.L.A. who had served in the United States Army for two years(1954-56).

'Young and the Restless' Actor William Wintersole Dead at 88

Being raised in a well-to-do family, Wintersole never had to look behind from the path of pursuing his dream to be an actor. Wintersole began his acting career in 1964 with his debut appearance on "The Outer Limits".

Wintersole is best known for his role as Ted Ballantine in "General Hospital" and as Mitchell Sherman in "The Young and the Restless". He made his last appearances on "Y&R Coming" in 2011.

He even made few appearances in TV movies like "And the Band Played On", "The Day the Bubble Burst" and "Son-Rise: A Miracle of Love". He marked his presence in feature films like "Seconds with Rock Hudson", "Moonfire", "Leadbelly", and "Valley of the Dolls".

He also appeared in few stage works which include "The Seagull", "Rhinoceros", "Woyzeck", and "Are You Now or Have You Ever Been?"

Contributing his six decades of life with several historic roles, shows, and movies to the entertainment business, Wintersole bade goodbye to the world on Tuesday morning, November 5, 2019. His daughter, Harmon posted a heartfelt post on Facebook announcing the death of his talented father. She said that he died peacefully at his home in Los Angeles after suffering complications from cancer.

Previously, Harmon detailed the last two years of Wintersole's life with her on her post captioning "Trips to the hospital, nursing home, and back all over again".