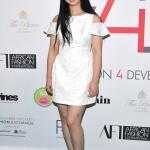 It may be difficult for some people to tell anything about Xi Mingze but her farther Xi Jinping is one of the most popular people on the earth as he has been Chian's paramount leader, the President of the people's Republic of China since 2013.

For a man recognized in 2018 by Forbes as the influential and powerful man in the world, one would have imagined that every single detail of his life and those close to him would be readily available to the public, this is not so; especially when it comes to his only child Xi Mingze, who is known in some quarters as Xiao Muzi. More than just offering a concise description of Mingze's life, the following contains other facts that are worth knowing about the daughter of China's most popular politician.

Who are the parents of Xi Mingze?

Recalling her early life, Xi Mingze was born in Fujian, South-Eastern China. She is Chinese by nationality and belongs to South-Asian ethnicity. She is the only child and daughter of Chinese President, Xi Jinping and his wife Peng Liyuan, a folk singer. Her mother is renowned all over China for her sweet soprano voice and good fashion sense. She was actually the first to gain public prominence before Jinping.

Her father is also the General Secretary of the Communist Party of China as well as the Chairman of the Central Military Commission.

What is the academic qualification of Xi Mingze?

Regarding her education, She studied French at the Hangzhou Foreign Language School. Later, she enrolled at the Zhejiang University in Hangzhou, China where she did a one-year undergraduate study. She subsequently gained admission into Harvard University in Cambridge, Massachusetts, the United States in 2010 to study Psychology and English. She received her Bachelor of Arts Degree from the world prestigious university in May 2014.

Is Xi Mingze a Humanitarian?

There are several instances that have suggested that Mingze is passionate about promoting human welfare. Prominent among them was after the Great Sichuan earthquake of 2008 which claimed over 69,000 lives. The devastation made her avail herself as a disaster relief worker.

Reflecting on her personal life, Xi Mingze has not married yet. Being a child of a president, her affairs are strictly shielded from the media and so very little is known about her personal life. Meanwhile, no one has spotted the Chinese first daughter with any guy. She is probably pursuing her interests at the moment instead of romance or just keeping her private life. for your kind information, Xi has a keen interest in fashion and reading.

How much net worth does Xi Mingze own?

The exact information about Xi Mingze's net worth and salary is yet to be disclosed. She is not a celebrity nor a reknown personality. As of now, she is just a student or initial stage of pursuing her career. May we able to know about her pursing career in the future as well as her fortune.

How tall is Xi Mingze?

Observing her body physics, Xi Mingzi stands a height of 5 feet 3 inches and weighs around 52 kg. Her body information is yet to be disclosed. In the case of disclosed, we will let you know.

Trivias About Xi Mingze You Need To Know.