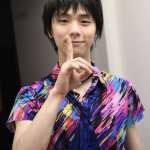 Yuzuru Hanyu is a versatile Japanese figure skater who is well recognized for being a two-time Olympic champion (2014, 2018), a two-time World champion (2014, 2017), a four-time Grand Prix Final champion (2013-2016), a Four Continents champion (2020), the 2010 World Junior champion, the 2009-2010 Junior Grand Prix Final champion, and a six-time Japanese national champion (2012-2015, 2020-2021). He started figure skating when he was 4 years old. He became the first Asian figure skater competing in men's singles to win the Olympic gold and he was also first in singles at the 2010 World Junior Championships. Hanyu is the current record holder for the highest short program, free skating, and combined total scores, as well as the largest victory margin of 37.48 points. Besides, Yuzuru made his theatrical film debut in the comedy history movie, "Tono, risoku de gozaru!" in 2016. Moreover, he was assigned to represent Japan at the 2022 Winter Olympics and the 2022 World Figure Skating Championships.

Yuzuru Hanyu out to 'complete' himself with a quadruple Axel jump

With figure skating fans holding their breath to see if Hanyu will deliver a performance at the Beijing Olympics that could earn him a third consecutive gold - a first for the sport in almost a century - the stakes are higher than ever. But perhaps the biggest pressure for the two-time world champion comes from within. Over a long-spanning career, the 27-year-old has amassed a trove of medals but it is the childhood dream of landing the quadruple Axel that has kept him pushing ahead.

With a determination bordering on obsession, Hanyu has said he would sometimes spend all but 15 minutes of a two-hour practice session on the quad Axel, or "4A," a taxing regimen that would include dozens of falls on the hard ice, not to mention the risk of injury. "I need to understand it," he has said of the jump that no skater has ever landed successfully in competition. "I want to get to that place where I can confidently feel that this is the complete, perfectly formed version of Yuzuru Hanyu.

And part of that is the 4A." After missing the Grand Prix series with a sprained ankle this season, Hanyu, whom Chinese fans affectionately call "Youzi" - Mandarin for the yuzu citrus fruit - included the jump at the Japanese championships in December but it fell short of qualifying as a 4A.s

Where is Yuzuru Hanyu from?

Yuzuru Hanyu was born on 7th December 1994 in Sendai, Miyagi, Japan. He is of Japanese nationality and he belongs to the Asian ethnicity. Likewise, his religion is Christian and his race is white. Hanyu's present age is 27 which he celebrated back in 2021 and as per his birthdate, his star sign is Sagittarius. He is the second and youngest child to his father, Hidetoshi Hanyu, who is a junior high school teacher, and his mother, Yumi Hanyu, a former clerk at a department store. He has one sibling named Saya Hanyu. 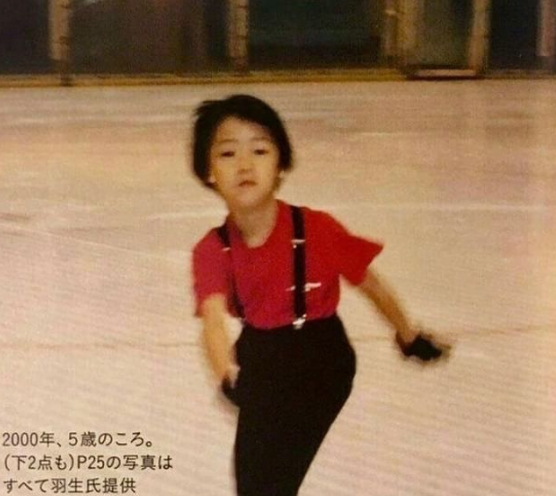 Talking about Hanyu's education, he studied at Nanakita Elementary and Junior High School. In 2013, he graduated from Tohoku High School then entered an e-school program on Human Information Science at Waseda University. He officially graduated from the university in September 2020 but was unable to attend the ceremony due to the COVID-19 pandemic in Japan. In March 2021, a bulletin paper summarizing his graduation thesis was published in the Waseda Journal of Human Sciences 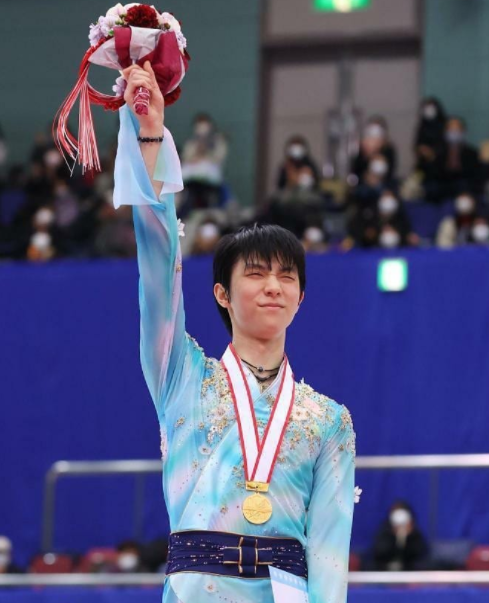 Who is Yuzuru Hanyu Dating?

Yuzuru Hanyu is an unmarried man. There is not much about his personal relation and girlfriend as he always maintains a distance in his personal life and media. However, as he likes to keep his private life out of social media, he has not disclosed any regarding his love life. Respecting his decision, it can be said that Hanyu is currently living a single life. Concerning his sexual orientation, he is straight.

What is the Net Worth of Yuzuru Hanyu?

Yuzuru Hanyu has a net worth of $2 million as of 2022. He also earns a fine amount of salary which is also in thousands of dollars per year. In 2019, he became the ambassador for Citizen in China, Hong Kong, and Macau, as well as the global ambassador of the Sekkisei series by Kose. Hanyu was appointed as the ambassador of the world's first official Paralympics game "The Pegasus Dream Tour" in June 2021. He also has been acting as the tourism ambassador of Sendai and featured in the city's tourism posters as well as tourist guidebooks since April 2014. In addition, his major source of income is his figure skater career.

How tall is Yuzuru Hanyu?

Yuzuru Hanyu is a handsome guy who is 1.72 m (5 ft 7+1⁄2 in) tall. He has 65 kg or 143.5 lbs of body weight with an athletic body build type. He has black hair and dark brown eyes color. His physique combined with his perfect height and masculine look takes him to the top of the desired list in the young gen women.

Trivias About Yuzuru Hanyu You Need To Know.