Zack Greinke is an American professional baseballer who is playing for the Houston Astros of Major League Baseball (MLB). His playing position is a pitcher. Previously, he played for Kansas City Royals, Milwaukee Brewers, Los Angeles Angels of Anaheim, Los Angeles Dodgers, and Arizona Diamondbacks. Initially, he was selected in the first round with the 6th pick of the 2002 MLB draft, after he won the Gatorade National Player of the Year Award as a high school senior. He made his MLB debut in 2004 after playing in the minor leagues. His career was nearly crashed by his battles with depression and anxiety in 2005 and 2006, and he missed most of the 2006 season. He came back in the 2007 season as a relief pitcher, before rejoining the starting rotation in 2008. He has also won the American League Cy Young Award and also he is a six-time All-Star and six-time Gold Glove Award winner. His jersey number is 21 for Houston Astros.

Houston Astros, Zack Greinke became the first pitcher to record a pinch-hit in the World Series since 1923 as part of the Astros' Game 5 win on Sunday night at Truist Park in Atlanta. Greinke was asked by manager Dusty Baker to pinch-hit for Yimi Garcia during the fourth inning of the must-win game for the Astros. The Astros right-hander, who started Game 4 of the Fall Classic and also delivered a single while tossing four shutout innings in that outing, joins Jack Bentley, who had pinch-hits in Games 1 and 4 of the 1923 World Series for the New York Giants. Greinke's hit was one of 12 tallied by the Astros, who rallied for a 9-5 victory to send the World Series back to Houston for Tuesday's Game 6, with Atlanta holding a 3-2 Series lead.

What is Zack Greinke Famous For? 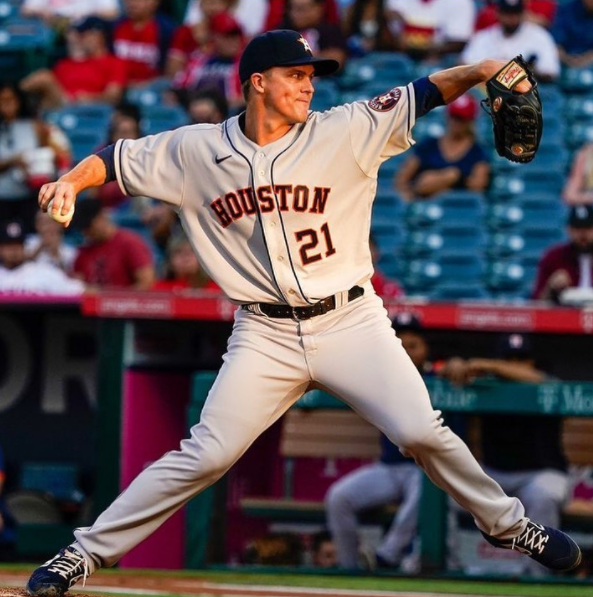 Where is Zack Greinke from? Know About His Parents, Nationality, and Education

Zack Greinke was born on 21st October 1983 with the birth name of Donald Zackary Greinke given by his parents. He is from Orlando, Florida, the USA. His present age is 38 as of 2021. By nationality, he is American and he came from American-German ethnicity as he is of German descent. As per his birthdate, Greinke's Zodiac sign is Libra and he follows Christianity religion. About his parents, he was born to his father, Donald Greinke, and his mother, Marsha Greinke. His parents worked as a teacher in high school. He also has a sibling, a younger brother, namely Luke who was also a pitcher and played college baseball at Auburn University. Luke was drafted by the New York Yankees in the 12th round of the 2008 MLB draft but was out of baseball a year later because of injuries.

As a youth, Zack Greinke excelled in tennis and golf as well. In 1999, he helped lead his team to the Senior League World Series title in 1999. He also played shortstop for his team. He then played baseball at Apopka High School where he hit over.400 with 31 home runs in his high school career. He worked as a relief pitcher as a sophomore and junior, before becoming a starting pitcher as a senior. 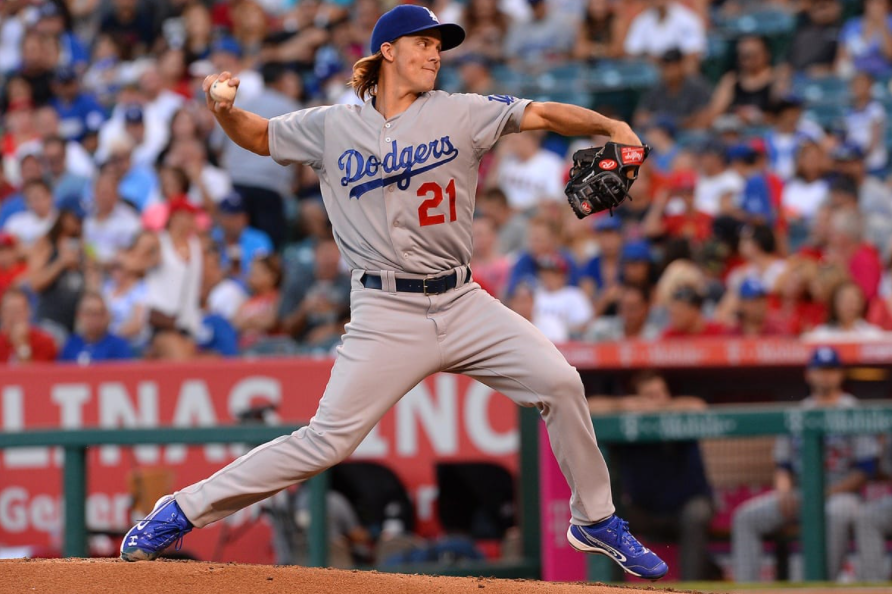 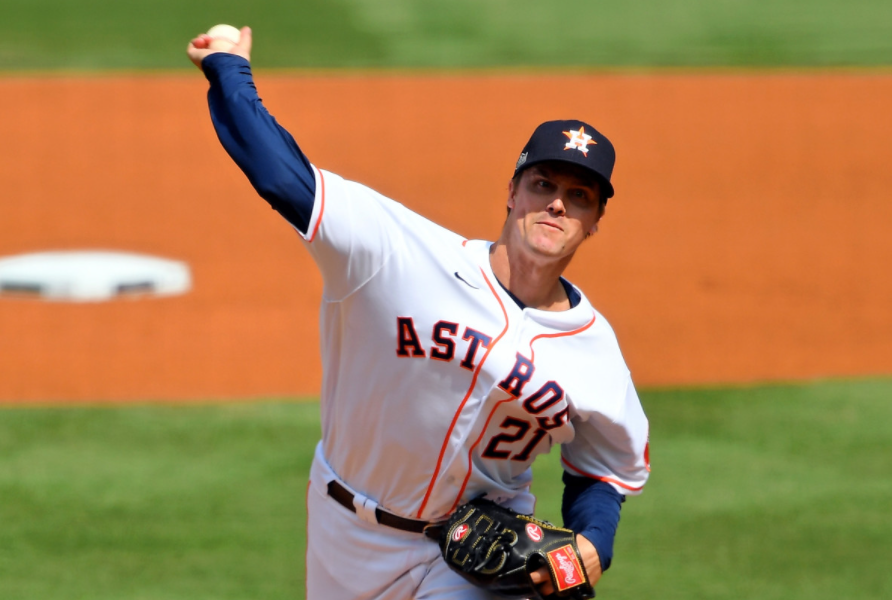 Who is Zack Greinke's Wife?

Zack Greinke is a married man. He tied a knot to his beautiful wife, Emily Kuchar, whom he met while attending Apopka High School. By profession, Emily Kuchar is a former Dallas Cowboys Cheerleader and was Miss Daytona Beach USA 2008. The duo was blessed with two kids; sons. Their son, Bode put his step into this world on July 23, 2015. The happily married couple is currently residing in Orlando, Florida, the USA. They share strong love and fondness towards each other. His sexual orientation is straight and he is not gay. 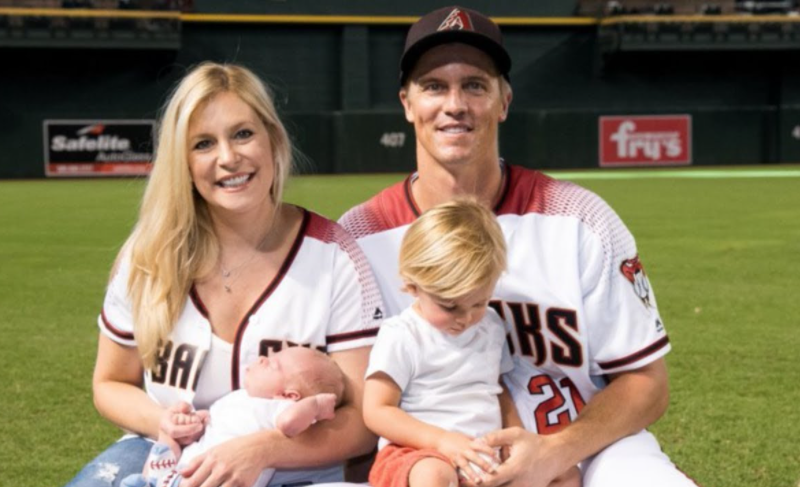 Zack Greinke is a baseball player who currently plays position Starting Pitcher for Arizona Diamondbacks in Major League Baseball, the senior baseball league in the United States. As of 2021, the net worth of Zack is estimated to have $120 Million. On 8th December 2015, he signed a 6 year / $206,500,000 contract with the Arizona Diamondbacks, including a $18,000,000 signing bonus, $206,500,000 guaranteed, and an annual average salary of $34,416,667. Back on 26th January 2009, he agreed to a four-year contract with the Royals worth $38 million. On 8th December 2012, he agreed to a six-year free-agent contract with the Los Angeles Dodgers worth $147 million. His career earnings is $251,955,276 playing for 17 seasons. His main source of wealth comes from his baseball career and he is living a luxurious lifestyle at present.

What is the Height of Zack Greinke and how much does he weigh?

Zack Greinke is a handsome and smart baseballer who has a tall height of 1.88 m and his balanced weight consist of 91 KG. His body type is athletic. His hair color is blonde and he has a pair of attractive blue eyes. Overall, he has got a healthy body with a charming smile and a glowing face. In late February 2006, he left spring training for personal reasons. Later, it was revealed that he was diagnosed with depression and a social anxiety disorder.

On 11th April 2013, Greinke fractured his left collarbone in a brawl with Carlos Quentin of the San Diego Padres after Quentin was hit by an inside pitch and charged the mound. He was placed on the disabled list and it was revealed that he would require surgery, which was performed on April 13, 2013.