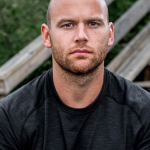 Zack Kassian is a Canadian professional ice hockey player who plays in the National Hockey League (NHL). He currently plays for the Edmonton Oilers as their Right Wing under the four-year contract. Likewise, He has played for other teams like Buffalo Sabres, Vancouver Canucks.

Internationally, he competed with Canada's under-20 team at the 2011 World Junior Championships and won a silver medal. Further, he plays in the style of a power forward and is known for playing with aggression and physicality. Let's know more about him through this article.

What is Zack Kassian famous for?

Where is Zack Kassian from?

Recalling his early life, Zack Kassian was in Windsor, Ontario, Canada to parents Mike Kassian and Shirley Kassian in the year 1991 as Zack Adam Kassian. As per his nationality, he is Canadian and belongs to the White ethnic group and his star sign is Aquarius. He spent his childhood with his two sisters and brother. Information regarding his academic qualification is yet to be disclsoed.

Who drafted Zack Kassian in NHL?

Who is Zack Kassian wife?

Reflecting on his personal life, Zack tied the knot with his girlfriend Cassandra Gidillini on October 01st, 2018, in a private villa on Lake Como located in Lombardy, Italy. They decided the exchanged wedding vows after having an affair for a long time.

The couple always wanted to have a special wedding so they managed their wedding venue in Italy. The couple is down-to-earth and also have charming personalities. They are living a happy married life so far because there are no rumors and controversies regarding their divorce or splitting.

In March 2019, the couple welcomed their first child, a daughter named, Ellery Jacqueline Kassian. Furthermore, no detailed information is available on media about their past relationship/affair with anyone.

What is the net worth of Zack Kassian?

Being a professional ice hockey player, Zack earns the sum of a good amount of money and popularity in the field of sports industry since 2011. Based on some online reports, his estimated net worth said to be $12.8 million and his annual salary is somewhere around $3.2 million at present. Similarly, He so far has made earnings of $13,531,721 from his entire NHL career. The information regarding his assets includes bikes, cars, and home is yet to be disclosed. Further, He is very fond of bikes and also owns some Harley Davidson.

How tall is Zack Kassian?

Observing his body statistics, Zack stands a height of 6 feet 3 inches and weighs around 99 Kg. Similarly, he has an athletic body with a brown eye and dark brown hair color. His other body information is yet to be disclosed. In the case of disclosed, we will let you know.